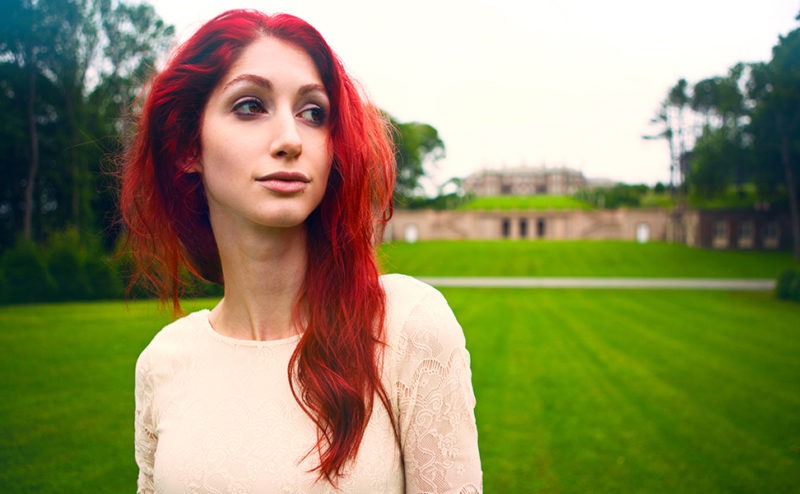 An Interview with Filmmaker Geena Matuson

Share
Fellow female filmmakers discuss work, life, and more in this new series. For this installment, NewEnglandFilm.com writer Catherine Stewart talks to Geena Matuson, an emerging filmmaker and artist, about her work, her awards, and her future.

This series of articles will feature interviews with established and emerging female filmmakers living and working in New England, as well as prominent industry figures from our region. As a filmmaker, I want to explore the work of my fellow artists as well as topics that are pertinent to the industry as a whole. We will be discussing distribution, finding work, making connections, and handling collaborations, along with whatever else enters our conversations. We encourage you to join the conversation here on NewEnglandFilm.com or on Twitter using #femalesonfilm.

“I’m currently in Medfield, MA, but I usually say Boston. People know Boston – they don’t know Medfield,” Matuson says as I quickly pull up Google Maps. Matuson goes on to tell me that she lives there with her mom, having no doubt in her mind that this is the reason she can make work currently. “If I didn’t live with someone who supported me and my work, I wouldn’t have this freedom. I would have a full time-job, and I wouldn’t be able focus on my work,” she admits.

And focusing is precisely what Matuson has done. It’s evident from her extensive portfolio, and creative online presence that she is extremely driven – knowing what she wants and planning exactly how to get it. “You have to, in this industry. You have to be responsible for everything you do, you have to be able to market yourself,” Matuson says. In her case however, her knowledge, and skills in business, didn’t come from her education – “We had one business class in one semester and it’s not enough even to get you started. You really have to go out on your own and make it work. That’s my experience anyway.”

Matuson studied at MassArt, gaining a BFA in Film/Video, but it was illustration that initially drew Matuson into the arts. “When I was younger I would say I wanted to be a fashion designer/model/artist/writer. I wanted to be everything. I really liked writing though – I wrote a book in high school. It wasn’t published, but I wrote it.” As she explains it, it was the combination of her visual art and her love for the written word that drew Matuson to film. “I didn’t pick up a camera until I went to college, but it just fit. I can explore both beautiful images and words in one art form.”

Matuson’s resume is pretty impressive for a recent graduate, with work presented at festivals and galleries all around the world, including RAW: Natural Born Artists, Germany After Dark Horror Festival, and CyberArts Festival. Her print work was part of a recent exhibition with ‘PH21 Gallery’ in Budapest. She recently received the ‘One To Watch’ Award in the 2013 Red Wasp Film Festival in Texas, and was a semi-finalist in the 2013 Adobe Design Achievement Awards for her short film Ice Cream For Breakfast (2013).

Matuson’s work is colorful and clean; beautiful and surreal. “I use a lot of color and I like to confuse the viewer, where they question everything they look at. I want the viewer to figure stuff out for themselves. Work should be able to stand on its own without a crazy two or three page artist statement hanging next to it.” Matuson’s approach is refreshing. She is an extremely direct and confident artist – she knows what she likes.

Building up a network by offering her skills and knowledge for free after graduation has lead her to paid work in recent months. “I worked on short films, I’ve produced, and directed. I do a bit of everything. I love film, but really I want to write books. And screenplays, but books really.” Matuson has been looking at her previous writing, hoping to write an anthology of her short works. She’s even transcribed all her journals and notebooks – over 1,000,000 pages, including over 200 short stories. “If I publish those works, and then someone says ‘Hey, that would make a great film!’ I would love to then use my filmmaking skills to make those stories come to life.” I think it’s Matuson’s openness to all creativity that draws me in as well as her obvious dedication and work ethic. She’s not afraid to label herself as a specific kind of artist, but then with the same clarity she can challenge herself with a new art form, style or genre.

“I’ve been lucky to find some wonderful people to work with,” Matuson tells me when I ask about her collaborators. “Sometimes other artists I studied with want to drink, or take drugs, or party all the time, and that just isn’t me – so I find it hard to work with them. But slowly, I’ve made good connections that I really think will be important in my career.” In particular, Matuson speaks of Amor Sangre with Lindsey Cork, and Jocelyn Padilla, with whom she has worked recently – and whom I now want to track down for a future conversation for our series, Females in Film…

You can find out more about Geena Matuson on her website, www.geenamatuson.com. And you can buy her work online in her Etsy Store, found at www.etsy.com/shop/GeenaMatuson.

If you are a female working in film in New England, and would like your work featured as part of Females in Film you can contact me at catherine@filmunbound.com

You can find out more about Geena Matuson on her website, www.geenamatuson.com. And you can buy her work online in her Etsy Store, found at www.etsy.com/shop/GeenaMatuson. If you are a female working in film in New England, and would like your work featured as part of Females in Film you can contact me at catherine@filmunbound.com (Photo by Desolate Metropolis)