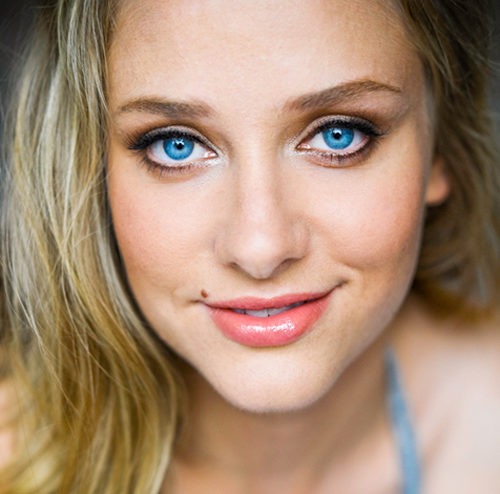 Advice for Actors: An Interview with Erica Derrickson

Share
Photographer and Actress Erica Derrickson talks with NewEnglandFilm.com about her advice for actors and her organization Hollywood East Actors.

Erica Derrickson didn’t always know she wanted to be an actress, at least not exactly. “I’ve always wanted to be the girl in the movie,” she said. But she never took that desire seriously until she was living in New York City attending the Parsons School of Design. One day, she wandered into the New York Film Academy hoping to meet some other students and wound up becoming an extra in a student film, which led to other gigs and sparked what would become a new career path. Soon after, she dropped out of Parsons and began working in Los Angeles, and now, Boston.

Derrickson’s film credits have ranged from from national blockbusters like The Heat with Melissa McCarthy and Sandra Bullock, to numerous leading roles in independent films like Melt and Rafi Baby, the latter of which was selected to screen at the Cannes Film Festival in 2012. In 2012, she founded Hollywood East Actors Group, a grassroots film organization to cultivate community within the growing the New England film industry. Her latest project is Parallel, an existential romance written and directed by Mikel Wisler and produced by Stories by the River.

Derrickson spoke with NewEnglandFilm.com about her own lessons learned in her acting career and her hopes for the local industry.

JC: What is your process on preparing for auditions? Do you have any advice for actors?

Derrickson: I would say first thing you really need to have is a good mindset walking into the audition space. If you put the casting director and the other people in the room on a pedestal, then you’re just going to get stressed out. My advice, be willing to fail! Take it as a learning experience. You know, you’re not always going to get it perfect. But if you can learn something from each audition, then that makes it a success. Don’t judge the success of the audition if you get the part. For me, I know it was a successful audition if I connected with the people in the room, you know? I’m more interested in the experience of the audition rather than the outcome. Think of an audition as an opportunity to go in and interview local directors and meet as many people as you can.

Also, you don’t have to memorize but definitely be familiar with the text. Obviously, if it’s a cold read then do your best to familiarize yourself with the sides in the waiting room. But if you are sent sides in advance, do your best to be as familiar with the material as possible. Another piece of advice–you don’t have to memorize all the lines but definitely the first and the last line. That way you’re looking at the camera for those important moments, along with starting and close of the audition.

JC: What is your definition of “making it” in this industry?

Derrickson: One concept of success is you’re only working for pay. You’re using acting to pay the bills. A lot of people when they think of a successful actor is they are making a lot of money or landed a speaking role in a high profile movie. For me, I’m not making my living off of acting. But I do feel successful with what I do. I made the commitment to become an actor and not go back to the 9-to-5 world, that I was coming from, at the time. So for me, I consider myself successful because I am going after what I want, while providing myself a living through my photography and hosting acting classes, these Meisner workshops here in the studio.

I also consider myself successful because of the people that I work with. To be surrounded by people I respect and admire is success to me–working on great material with great people, because I choose to and I want to.

JC: So what about when you get the job–what then? What should an actor’s mentality be on set?

Derrickson: I believe the job starts before you even show up. The best thing you can do is to be easy to communicate with throughout the whole process. You know, the shoot is only one aspect of the job. There is so much leading up to it. I would say to actors, talk about the upcoming project on social media. Talk about how great the material is, being respectful to the people who are going to be a part of the process; really encouraging your fellow actors to do the same and constantly showing appreciation for the job; helping to market and promote, not just you as the actor, but the project as well.

A film project is a team collaboration. A lot of actors think this will be their moment in the spotlight, but it really has to be about the team. My advice–just make yourself easy to work with. Be friendly to everybody. Not just the director and producer, but every member of the crew. Learn people’s names. Be fun to work with on set. Be cool!

JC: Tell me about your inspiration for Hollywood East Actors.

Derrickson: I’ll start with the name, Hollywood East. That name tends to have some gruff or baggage. Everybody got really excited when the Plymouth studios were going to open and then they didn’t. So, I think a lot people were disappointed by that, leaving this name with a tainted memory.

When I first heard the term, Hollywood East, I was working as an event designer in Boston, having recently moved here. One of my coworkers was working on Hollywood East event and I asked her what it was and she told me it is the film scene here in New England. My first reaction was, there’s a film scene here?! It was in that moment, all my hopes and dreams came back to me. All these feelings that were diminished when I left L.A., suddenly came rushing back to me. It reignited my passions! Hollywood East to me means the dream is real, thriving and growing.

When I chose the name Hollywood East Actors, I wanted it to represent the dreams we have as actors here in New England. It represents the work I want to do in the city I want to do it in.

JC: What is your connection and affiliation with Hollywood East Actors group?

Derrickson: I started the group in September of 2012, as an effort to use my passion for acting and filmmaking, looking for a way to apply as a way to help others. I wanted to use it as a platform for others to grow and connect. I was seeing a lot of other groups that were very, give me-give me. You give me something, donate to my film, things like that. So I wanted to create a community, where it’s: what can I do for you? What can we do for the other people? It’s meant to be a resource for actors and filmmakers to help each other. Right now, we have over 9,000 members with everyone in different stages of their career. The group is meant to help all of us up this mountain to achieve this dream.

JC: What kind of work are you doing through Hollywood East Actors?

Derrickson: I have organized a number of different workshops and events for the group. For a while, I hosted a workshop with former ICM agent Jim Jermanock about empowering actors to take control of their careers. I’ve also hosted a social media workshop on being your own agent and marketing yourself. The idea is don’t just wait around for agents to come and find you, put yourself out there. Currently, I am running a workshop here in the studio as part of the New England Actors workshop brand. I host improv nights in the studio, playing all sorts of improv games. But at the end of every workshop, all of the actors have an open forum discussion, such as what to prepare for an audition, what to post on Facebook, where to audition. It’s a conversation to help everyone–actors willing to help one another. It’s not about competition; I would rather build people up than tear people down.

JC: What can we expect to see from you in the future? Any projects or classes coming up?

Derrickson: Yes. I recently filmed a project called, Permanent where I play a very damaged girl who has quite a heroin problem. That was very emotionally demanding. I was grateful for my workshop training to help bring me to those places. I wish I could go to the screening in December but I will be going to India for six months. It was a great film to work on with some very talented cast and crew. I really cherished every moment of filming.

JC: What advice do you have for a new actor just starting out?

Derrickson: My advice for a new actor just starting out in the industry would be to meet as many people in the business as you can. Use social media, like the Hollywood East Actors group and NewEnglandFilm.com group. Familiarize yourself with people’s work. Leave comments on people’s material, letting them know you are in the area. Don’t chase auditions, chase relationships. That’s what is going to get you jobs. Especially in New England, which is predominantly non-union, word-of-mouth will really help you and your career. Get great headshots too! Great headshots and meet people are your best ways to get your foot in the door in this business. Take them out to coffee! Pursue relationships and get to know the people who are doing the work you want to do.