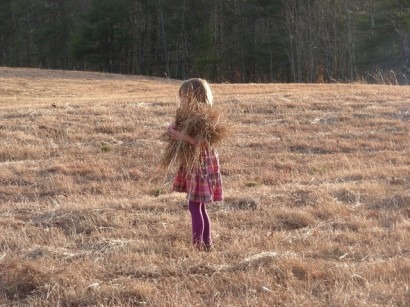 Celebrate the 17th annual Maine International Film Festival July 11–20. Special guests include Glenn Close, Ernest Thompson, and Sara Driver. For tickets and a full schedule, go to miff.org. A collection of Maine films (including Ursula for Brent pictured here) will be screened on July 12.

Check out the Woods Hole Film Festival July 26th through August 2nd on Cape Cod. Highlights include opening and closing night parties, filmmakers in residence, and special workshops. For a full schedule and more details, visit woodsholefilmfestival.org. Films with New England, especially Cape Cod and the islands, connections are numerous this year — such as The Newburgh Sting, The Off Season, and Lies I Told My Sister.

Movies on the Block continues this month in Providence, Rhode Island. Enjoy free outdoor screenings at the corner of Westminster and Union Streets on Thursdays at dusk through September. This month, check out Woodstock on July 3rd, Adaptation on July 10th, The Great Escape on July 17th, Reality Bites on July 24th, and Smokey and the Bandit on July 31st. Visit the event Facebook page to learn more.

Rule Boston Camera will hold several workshops this month on LED Lighting, the MoVI M5 and M10, and CineDrive. To learn more and register for these events, click here.

Providence Pictures has completed principal photography on Building Wonders of the World, a series of three films set to air on PBS’s NOVA in early 2015. The project included filming in the Colosseum in Rome, Istanbul, and Jordan. Read more and watch a trailer here.

Filmmaker Nickolas John Hoover is in the early stages of a planned ten-episode series called Freedom, Maine, set during the aftermath of a school shooting in New York City and Maine. Watch a short trailer and read more at the project’s Kickstarter page.

Fred Seibert has joined Stowe Story Labs as a mentor for this September’s filmmaker workshop. An Emmy and Academy Award nominee, he is an icon in television and film, particularly the world of animation. To read more about Seibert and apply for this fall’s program, visit Stowe Story Labs. Applications are due by July 22nd; the event will be held September 13–15.

The Brattle Theatre presents its annual Trailer Smackdown. This year’s challenge is to create a trailer for a fictional film called The Librarian. Registration deadline is July 3rd; trailers must be submitted by July 14th. For official rules and more information, visit the Brattle website.

The 48 Hour Film Project comes to Connecticut and Rhode Island this month. Read more about how to get involved and register at 48hourfilm.com.