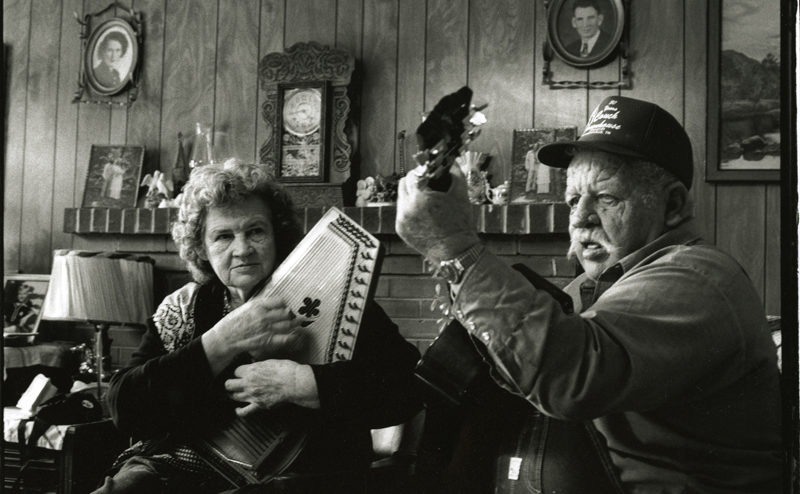 Share
Boston native Beth Harrington explores the impact of country music pioneers The Carters and the Cashes in her new documentary, The Winding Stream, playing at the Woods Hole Film Festival on July 26th.

The 23rd Annual Woods Hole Film Festival features a number of films with New England connections, and kicking things off on opening night, July 26th, is Boston native Beth Harrington’s The Winding Stream–a definitive documentary on American roots music legends, the Carters and the Cashes. Without question, most people will instantly recognize Johnny Cash as a household name and genuine icon, having influenced countless performers, but few people are also familiar with Cash’s own musical influences–namely the Carter Family, which Cash would eventually collaborate with and marry into.

The Winding Stream chronicles the dramatic rise and spread of this real American dynasty–from poor, humble mountain folk, to indelible country music superstars whose ultimate impact is immeasurable. I spoke with Harrington about the film, and about the Woods Hole Film Festival, where it will screen with live music from Carter Family-inspired band The Wayworn Travelers, and a live Q&A afterward.

SH: Let me just start by saying that this film is quite an achievement; both very emotional and very informative. I think that you’re going to turn a lot more people onto American roots music. What inspired you to tell this story, and what was your hope in making the documentary?

Harrington: About 14 years ago, I’d made a film about women rockabilly artists called Welcome to the Club, and many of the women featured in that film spoke of the Carter family as an influence, as the makers of music they’d been raised on. I realized that a lot of people knew about Johnny Cash and knew something about his wife June Carter Cash, but many didn’t know June’s musical heritage and how important that was to music history. I saw that there were dots that could be connected in a film. So I decided to make The Winding Stream.

SH: The scope of the film is rather large, and even includes interviews with the late Johnny Cash and others. How long did the project take to complete, and what were some of the challenges as a filmmaker?

Harrington: The film took over a decade to make, and the major challenge was money. I had access to my subjects thanks to the graciousness of the Carter and Cash families, but raising funds to travel, pay a crew, do all the necessary archival footage and photo research and begin the music clearance process was daunting. The business has changed radically in the last 10 years and the kinds of funding that once existed have dwindled or gone away entirely and business models where stakeholders in the finished product share the risk have been disrupted by new technologies and waning funds as well. It’s the single most challenging thing I had to deal with and am still dealing with.

SH: Why did you choose to screen the film at the Woods Hole Film Festival, and what do you think the response will be?

Harrington: I’m screening at the Woods Hole Film Festival for a few reasons. I hear it’s a really nicely run event and these days I am all about participating in festivals that treat the filmmakers and audiences well. But Massachusetts is also where I was born and lived for most of my life until 1996, so coming back to show the film in my home state is very important to me. I anticipate seeing lots of family and friends and celebrating the completion of the film with them at Woods Hole. My final reason is: it’s summer on the Cape! Enough said.

SH: What do you suppose it is about the music of the Carters and the Cashes that appeals to such a wide array of people–from hippies and hipsters to punks and beyond?

Harrington: It’s genuine. It speaks to the lives and concerns of real people. It is rooted in so much of American music that it feels familiar even if you think you don’t know it. But you do–Will the Circle Be Unbroken. Keep On the Sunnyside.

SH: One of the more fascinating things I took from this film was the insight into the music industry of the early 20th century. What are your thoughts on the Carter Family’s relationship with the industry, and how different do you think it would be for them if they were just starting out today?

Harrington: The Carters were making records at the very infancy of the recording industry. Everything was new and much was up for grabs. I think in some ways they benefitted tremendously from being a new act in on the ground floor of producer Ralph Peer’s forays into recording. Everything from the way they were recorded to how they copyrighted their material to how much reach that had on the Border Radio station they played on was new, exciting and fairly profitable. I think if they were starting out today the fragmentation of the music industry market would work against them. And I am not sure that the deal they had with their publisher would be as favorable or as lucrative.

SH: It’s also worth pointing out the historic role of the Carter Family women in the music industry. Do you think that they helped to pave the way for future female performers?

Harrington: Maybelle and Sara Carter broke ground for other women in the music business when they made those first recordings in 1927. Women were not singing or playing on recordings that much at that time. And Sara’s vocals and Maybelle’s guitar playing helped define the style that came to be called country music, no doubt.

SH: The story of the Carters and the Cashes almost reads like an epic soap opera, full of romance and tragedy. Do you think there are any lessons to be gleaned from this story?

Harrington: I’m not sure it’s a lesson per se, but I find it inspiring that multiple generations of this one family chose to honor the musical legacy of the Original Carters and do so to this day. The upholding of that family tradition among current family members is quite touching and noteworthy. Different people do it in different ways, but the result is that same. A proud musical tradition has been maintained in one family from 1927 to the present and shows no sign of disappearing.