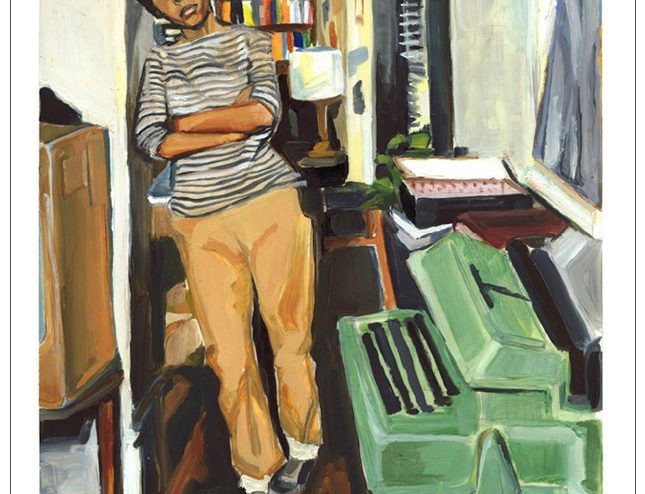 Massachusetts filmmaker Tracy Heather Strain seeks Kickstarter support for her upcoming Lorraine Hansberry Documentary Project. Focusing on the writer and activist, the film will be part of a larger project celebrating Hansberry’s life and career, with plans to launch in 2015, the fiftieth anniversary of her death.

Lorraine Hansberry is perhaps best known as the playwright behind the classic A Raisin in the Sun, but she was also a prominent activist who fought for civil and gay rights, feminism, and more. She died at the age of 34, but made enormous contributions during her short life. However, as Tracy Heather Strain explains on the Kickstarter page, this “groundbreaking artist and committed activist… has not received the recognition that she deserves.” The documentary’s producing team includes Jamila Wignot, Randall MacLowry, and Chiz Schultz, who believe the film will spread more awareness of this remarkable woman’s life and work; in addition, “Reaching these goals would send an indisputable message to a skeptical industry that Lorraine Hansberry matters to a lot of us, and serve as a testament to her historical importance and cultural influence.”

The goal is to raise $100,000 by June 20th. The project has already received funding from the National Endowment for the Humanities, but requires further support to finance this ambitious undertaking. To read more about the project, Lorraine Hansberry’s life and work, watch a video, and make a donation, visit the Kickstarter page.

Massachusetts filmmaker Michaela O’Brien seeks Indiegogo support for her documentary In Crystal Skin. The film explores Epidermolysis Bullosa, a rare skin disease, along with four individuals living with the condition in Bogotá, Colombia. O’Brien was inspired to tell their story after visiting a Colombian orphanage in 2011, where she met two sisters with EB and learned of their struggles living with a frequently overlooked disease. As O’Brien writes on the Indiegogo page, the film offers “a window into the untold story of a tireless network of individuals, parents and doctors battling an orphan disease,” with a story that stretches from Bogotá to Boston. In Crystal Skin tells a global story and “ignites dialogue about managing life with a rare disease and reveals those at the forefront of developing life-saving therapies for EB.”

The goal is to raise $25,000 by July 1st. Donations will cover post-production costs, including editing and color correction. Filmmakers behind the project include O’Brien, Melissa Langer, Jesse Abbruzzese, and Sydney Sherrell. Read more about In Crystal Skin, watch a brief video, and make a donation at the film’s Indiegogo page.