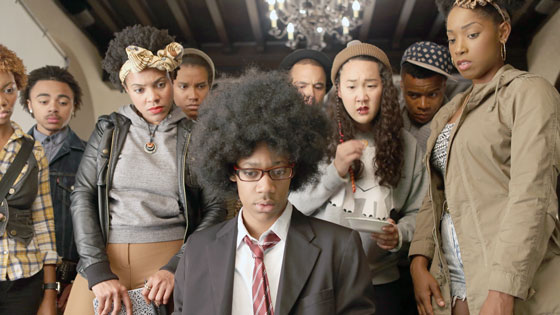 A Report from IFFBoston: Proof that Boston Movie Lovers are Absolute Winners

Share
Writer Amy Quick Parrish provides a first-hand report from the 2014 Independent Film Festival of Boston, which was replete with premieres, sold-out screenings, and filmmaker panels. Read the full report to get filled in on the details of another great year at IFFBoston.

The Independent Film Festival of Boston, aka IFF Boston, ran April 23-30 this year with dozens of films screening in the Somerville Theater, the Brattle Theater, the Coolidge Corner Theater and UMass Boston. Founded in 2003 by the non-profit Independent Film Society of Boston, the festival has become one of the esteemed festivals in the region. This year’s festival included 28 narrative features, 30 documentaries and 39 short films, some of which were selected by festival programmers after they screened at Sundance, SXSW and Toronto Film Festival. In addition, several films made their world premiere during IFFBoston.

The opening night film was Beneath the Harvest Sky, directed by Aron Gaudet and Gita Pullapilly at the Somerville Theater. The film is a coming-of-age story about troubled teens in a small town in Maine. The closing night film was Michel Gondry’s Mood Indigo, an adaptation of Boris Vian’s novel, Froth on the Daydream.

The festival featured several world premieres, including 9-Man, a documentary by Ursula Liang, Fight Church, a documentary by Daniel Junge & Bryan Storkel, and Homemakers, a narrative feature written and directed by Colin Healy and produced by Dave Schachter, Ella Hatamian, and Colin Healey. Cambridge-based director Colin Healy said, “From the programmers themselves to the folks waiting out in the rush line to see Homemakers, every single human I encountered during IFF Boston was a big ol’ charmer and proof that Boston’s movie lovers are absolute winners. I’m so glad Homemakers was able to kick off here in New England — IFF Boston for filmmakers is like a womb.”

Filmgoers lined up around the block to see Richard Linklater’s Boyhood, a groundbreaking film chronicling the life of a fictional Texas boy from age 6-18 and filmed over the course of twelve years. The audience gave a standing ovation to Mary Dore’s documentary She’s Beautiful When She’s Angry, about the women’s movement from 1966-1972 which Dore says is meant to be a “rabble-rouser”.

The film Dear White People, which follows four black students at an Ivy League school as a riot breaks out on campus during an “African-American” themed party, sold out in advance so no rush tickets were available. In his Q&A after the film, filmmaker Justin Siemin said, “I don’t know if my job is to empower people. My job as a storyteller is in some way to tell truth about the human condition. I think the audience’s job is to take what they will from the film and go out in the world and do something with it.” The film will be opening theatrically in the Fall.

In addition to films, there were several panels free to the public on a space-available basis.
Make It Indie in Mass was moderated by Mike Bowes, Producer of Rubberneck (IFFBoston 2012) and featured panelists Lisa Strout, of the Mass Film Office, Lyda Kuth of LEF Foundation, and Eliza Hajek, of SagIndie. The panel provided information on filming in Massachusetts on any budget and gave tips on applying for the tax incentive and working with unions.

Dos and Don’ts of DIY Distribution was moderated by Erin Trahan, Executive Director and Publisher at The Independent. Panelists included Michele Meek, founder of NewEnglandFilm.com and co-editor with Trahan of The Independent’s Guide to Film Distribution. Other panelists were Mary Dore, director of She’s Beautiful When She’s Angry, Richard Kane, director of John Imber’s Left Hand, and Riley Hooper, director of Elvis Loses Excess & Other Tales from World’s Longest Yard Sale. Meek said, “The take home message for filmmakers was that there is not a one size fits all strategy for distribution. That said, there are plenty of ways you can be smart about distribution. Be realistic about what you can accomplish for your film.” Options discussed included simply posting a film on Vimeo to gain exposure and build a reputation to one day fund a longer film and self-funding a theatrical release.

Other panels included The Art of Documentary Editing – A Case Study, presented by the Karen Schmeer Film Editing Fellowship and Documentaries and the Golden Age of Deception, moderated by UMass Boston Film Series curator, Chico Colvard.