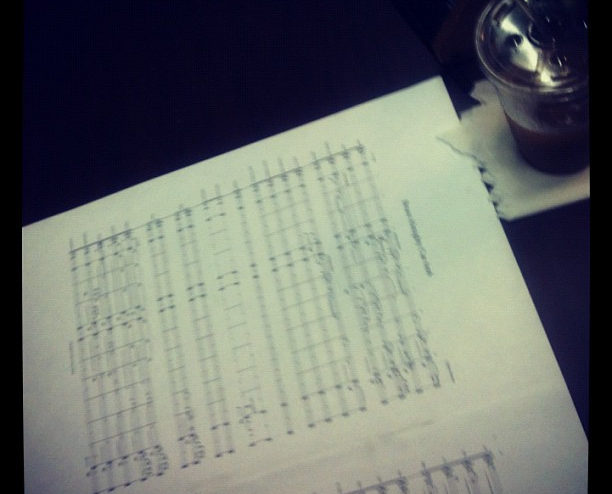 Strategies for Music and Sound Design (Part 3 of 3)

Share
Defining an overall sonic approach to a project can be more than half the battle. The third part in our series about music and film covers the importance of the composer in filmmaking.

“The more [artistic] constraints one imposes [on oneself], the more one frees oneself of the chains that shackle the spirit.” – Igor Stravinsky, on creativity.

In the previous two articles in this series, I discussed how emotion and timing are essential constraints for creating soundtracks. Here we look at a few other approaches and constraints to help kick-start the creative process.

Unless you are making a music video, you will most likely be post-scoring, meaning that the music is created after the production’s editing phase. There are always creative exceptions to every rule. For example, director David Lynch and composer Angelo Badalamente would often work on the music before principal photography, even sometimes playing the music on set for actors. Circumstance can sometimes require pre-scoring – for example, when I score films for the 48 Hour Film Project, the time constraint forces me to start writing music based on a script or even just a concept. For most productions, it is probably never too early to start thinking about music, but no need to worry if you have left it for last.

Since 1967 with The Graduate, popular songs have been featured in film soundtracks. The music heard in American Graffiti is a continuous mix of popular songs, mostly heard from on-screen sources like car radios. The phenomenal success of the Bee-Gees disco score for Saturday Night Fever cemented popular song as a vital part of many film soundtracks, not to mention their marketing strategies. Songs can be used for more than just montage sequences and end credits! It is actually quite common to use songs during speaking scenes. Just pay attention during the mixing phase to make sure the lyrics don’t interfere with dialogue.

Soundtracks commonly contain music, but there is no reason why a soundtrack can’t employ sound instead. Instead of music, the soundtrack to Alfred Hitchcock’s The Birds consists solely of synthesized bird sounds.

The score for the film Pulp Fiction could be described as diverse, featuring an eclectic range of original songs by a variety of artists. While a mash-up of ’60s classics is very effective in Pulp Fiction, just as often, a more limited stylistic range is called for in a film. In There Will Be Blood, Jonny Greenwood’s score features only string orchestra. The starkness of the instrumentation captures the mood of the film.

Music can interact with the story that is unfolding on-screen in many ways. In Jaws, for instance, distance of the shark is implied by the dynamics of the shark motif. The theme is first heard quietly, then, as the shark approaches, the motif gets louder. In Psycho, the music takes a rhythmic cue as it mimics the shower stabbing. Everything happening (or implied) on screen can be an influence on the music.

One popular and useful approach is to tie certain music to a specific character, action, or idea (a method referred to as leitmotif). Famous character-based motifs include John Williams’ two-note shark theme from Jaws, as well as his five-note alien theme from Close Encounters of the Third Kind. Howard Shore makes extensive use of the approach in his scores for Lord of the Rings, where many of the character motifs can be heard in all three films in the trilogy.

Motifs can also be associated with an idea, such as an aspect of a character. In Psycho, Bernard Herrmann uses a three-note theme to represent Norman Bates’ madness. Sometimes music is associated with larger concepts, even becoming part of the story itself. Lars von Trier’s Melancholia is scored only using a single excerpt from a Wagner opera. By using the piece a half dozen times throughout the film, the music’s emotional gravity becomes a central theme of the film.

Obviously you cannot legally pick an album off the shelf and just drop it into your production, but it may be possible to license the piece. Tying visuals to a piece of music requires a synchronization license. Sync rights apply whether you record a cover version or use the original recording. Using the actual recording requires an additional master use license.

While sync rights and master-use licenses can be expensive, some songs will cost less than others. If you really love how a song complements your visuals, it may be worth investigating the licensing costs. Licensing agreements can also be arranged for limited use, such as only for film festivals. Be aware that if you license music only for festivals, should you sell the project in the future, you may have to purchase another license or be forced to remove the music.

To inquire about clearing existing music for your project, start with clearance.com or The Harry Fox Agency.

Demo love, or temp love, is when a director falls hopelessly in love with the first piece of music they fit to a scene, when it was only meant to be a placeholder. Typically the song will be by The Beatles, or otherwise prohibitively expensive. Try not to fall into demo love! Before reaching for that Radiohead track that “already has just the right vibe” for your temp music, first consider perusing your collection by friends, local artists or music on SoundCloud (a site featuring scores of tracks by up-and-coming artists) that may not break your heart when you pursue licensing.

For producers interested in assembling soundtracks from existing stock music, there are several film composers who have generously made a portion of their catalog royalty-free. Organized by mood, style and keyword, the music is free to use in your production provided you give their name and website an on-screen credit. There are also sources for music that is in the public domain, but you’ll find a limited range of styles.

A good summary of royalty-free sources can be found here:
http://socialtimes.com/royalty-free-music_b37470

Permission details will vary, so be sure to read each site’s fine print before use.