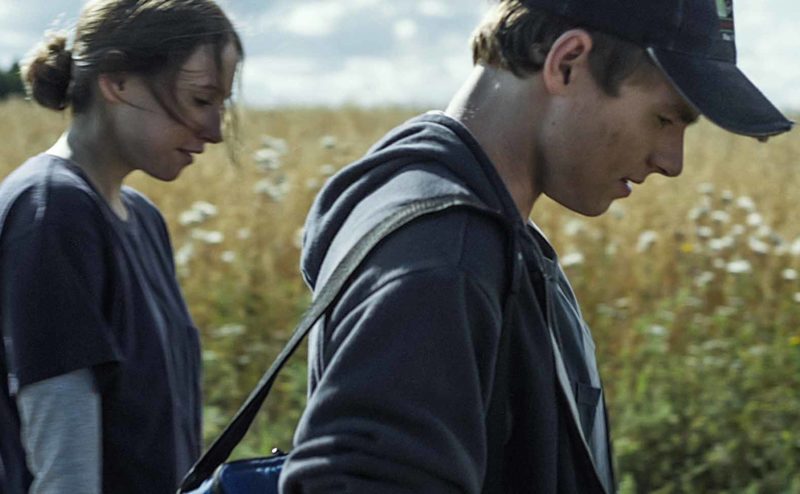 Share
Head back to the '80s with All American High or apply to attend a documentary retreat in Vermont this summer. Check out the Industry News section each month for local films, upcoming festivals, and filmmaker opportunities. To submit news, e-mail news@newenglandfilm.com.

Women in Film/Video New England hosts their monthly networking night on April 7 at 6:30-8:30 pm at Park, 49 JFK Street in Cambridge, Massachusetts. This month, they have representatives from several major film festivals in town who will be on hand to answer your questions about submitting your films, putting together a festival, or volunteering at your favorite festival. See the WIFVNE website for details.

University of Rhode Island will host a free, public screening of All American High: Revisited on Thursday, April 24 at 5:30 pm. The remastered film about a California high school in the 1980s recently screened at this year’s South by Southwest festival. Director Keva Rosenfeld will be at the screening for a Q&A after the film. RSVP or read more info on the Facebook event page.

The Brattle Theatre hosts the 12th annual Boston Cinema Census on April 10th. The event celebrates local filmmakers in a variety of categories. Tickets are $10. For the schedule and more information, check out the Brattle website.

The sixth annual SENE Film, Music & Arts Festival runs April 22–27 in Providence, Rhode Island. The festival will include a screening of the documentary Raising Matty Christian, the story of a boy from Canton, Massachusetts born without a full set of limbs or tongue. Read more about Raising Matty Christian in an interview with Christian de Rezendes on NewEnglandFilm.com or at raisingmattychristian.com and check out the SENE festival details at senefest.com.

Join The Independent’s Guide to Film Distribution’s editors Michele Meek (and founder of NewEnglandFilm.com), Erin Trahan, and Minhae Shim, along with book contributor and distribution expert Peter Broderick for a free online chat How to Navigate the Changing World of Indie Film Distribution: A Live Video Chat, Thursday May 1 at 1-2 pm EST. Guests can join or watch at www.NewEnglandFilm.com/chat and ask questions about maximizing profits by selling rights to several different distributors, the proliferation of digital distribution, and the advent of new technologies that have fundamentally changed both filmmaking and viewing. RSVP or read more info on the Facebook event page. The new book The Independent’s Guide to Film Distribution’s will be released on April 15, and you can also get a free copy of the book with a donation to The Independent.

The Independent Film Festival Boston runs April 23–30. Check out a variety of films, with opening night screening of Beneath the Harvest Sky and closing night film Mood Indigo. Visit the festival website for updates.

The Camden International Film Festival continues its Engagement Summit: Aging in Maine program this month with a screening tour throughout the state. Documentary films that explore aging will visit several communities in Maine through July. For more details and a list of screenings, visit the CIFF website.

Rule/Boston Camera hosts a Wireless Lens Control Systems Workshop as part of their Learning Lab series on April 16. Senior Engineer Tim Coughlan will provide an overview of various wireless lens control systems including the Preston FI+Z, Heden Carat, Axis 1, and Bartech. Tim will cover their features and functions, how they differ, why you would select one over the other, and which system works best with specific cameras. Read more or RSVP on their website.

From cutting-edge documentaries to narrative films whose stories have been ripped from the headlines, the ninth annual Roving Eye International Film Festival at Roger Williams University features films from across the globe as well as spotlight the arts and talent at the University. NewEnglandFilm.com Founder and Publisher Michele Meek will participate in a panel on local filmmaking on Thursday, April 10. For a complete film line-up and schedule, visit their website.

The Camera Company will host a free JVC Product Showcase at its headquarters at 858 Boston Providence Turnpike in Norwood, Massachusetts on Thursday, April 17 from 1-4 pm. They will demonstrate the new 800 series cameras with advanced WIFI and internet capabilities, and a JVC representative will be available to show the products, give demonstrations and answer questions. To register, or for more information, please email gkatz@cameraco.com or visit www.cameraco.com.

The Peacemaker, a documentary by Boston-based filmmaker James Demo, of Central Square Films, has been awarded the 2014 Garrett Scott Documentary Development Grant and will heading to Full Frame Documentary Film Festival. The Peacemaker follows Padraig O’Malley into conflict zones as he works a peacemaking model based on his recovery from addiction.

Filmmaker Søren Sørensen has embarked on a new film Raise the Curtain: Moving Through Darkness about postpartum depression. There will be a fundraiser on May 3 (RSVP by April 20) at The Greenwich Odeum, 59 Main Street, East Greenwich, RI 02818. For more information, email laurac@familiesfirstri.org or visit www.odeum.ticketleap.com.

Boston filmmakers: join One Day in Boston. Filmmakers, organizations, and residents are encouraged to submit films that based on ten questions about the future of Boston. Selected films will screen on April 26th. Learn more and sign up at onedayinboston.org.

Applications are now open for the 2014 Kopkind / Center for Independent Documentary Filmmakers Retreat. independent documentary filmmakers who would like to participate in a week long seminar and retreat in southern Vermont. This week-long retreat is limited to nine filmmakers along with special invited guests. Read more or apply at the CID website.

See other calls for films in our classifieds section.