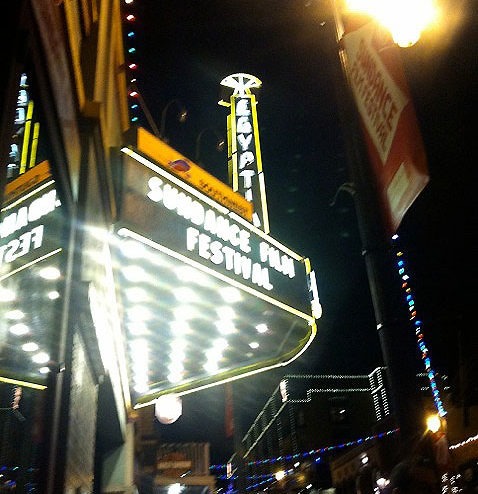 Share
Sundance Film Festival, held January 16 – 26 in Park City, Utah, debuted the next darlings of independent film. Here are some films with New England ties to look out for in 2014, as spotted by NewEnglandFilm.com staff.

Independent film kicked off its 2014 debut with the Sundance Film Festival, now in its 30th year, which ran from January 16th to the 26th. This year, New England filmmakers and films represented well, in theme, location, and talent, featuring scenes of technology, college-life, rural New England charm, and mobsters (admittedly, that one may not bring on New England pride). Here are the New England related films that caught our eye.

Filmmaker Joe Berlinger documents the life of notorious Boston mob leader Whitey Bulger with Whitey: United States of America v. James J. Bulger. The documentary, shot in the light of the trials convicting Bulger last summer in Boston, investigates the untold stories of the FBI agents, Massachusetts state police, victims, federal prosecutors, and others. Berlinger explores Bulger’s potential connections with the FBI and how this may have contributed to the mystery surrounding the widely-feared criminal.

Sundance USA, which took place on January 30th at the Coolidge Corner Theatre, featured Whitey: United States of America v. James J. Bulger and a discussion with Berlinger afterwards. Sundance USA extends the spirit – and films from the festival – across nine theatres around the US that support independent film.

The Internet’s Own Boy: The Story of Aaron Swartz

Brian Knappenberger’s The Internet’s Own Boy: The Story of Aaron Swartz, reveals a complex and tragic story of computer programming prodigy Aaron Swartz. In 2011, Swartz was indicted on multiple federal charges of wire fraud and violating of the Computer Fraud and Abuse Act for downloading millions of academic articles from a subscription database service that MIT had given him access to via a guest account. He was a fellow at Harvard University at the time. Swartz faced 35 years in prison and a $1 million fine. Prior to the charges, Swartz was a co-founder of Reddit and an online political activist through Demand Progress, a non-profit advocating for civil liberties and progressive government reform, which he co-founded. He helped prevent SOPA (The Stop Online Piracy Act) from becoming law and warned of government spying.

Tragically, in 2013, not long after being indicted, Swartz committed suicide, at age 26, setting off a chain of questions on Internet fraud, ethics, and prosecutorial over-reach. All of which still remain unanswered and raw today. Knappenberger’s documentary uses home video footage and interviews with Swartz’s friends and family to chronicle Swartz’s work and life and investigate the government’s motives behind its prosecutorial decisions. He told audiences in the Q&A of his plans to make the content of the film open and accessible online through a Creative commons license. A move that honors Swartz’ open Internet advocacy.

Filmmaker Andrew Rossi explores the question, as college tuition rises well beyond that of inflation – more than any other service in the US: is a college education really worth the price? Ivory Tower, produced by CNN Films for air in the fall 2014, scrutinizes the over-flowing student debt in the US, as well as the types of jobs college grads endure to make ends meet. Rossi, who told the audience at the Q&A that he did not go to college, packs a lot into his 97-minute film, including lots of statistics, explained with well-developed animation. Rossi approaches the issues from multiple angles and multiple stories – profiling the history of US public colleges and government scholarships, how colleges spend their money, Harvard CS50, Intro to Computer Science, the most popular class at Harvard, unCollege – a college alternative, how students and schools leverage technology and MOOCs (Massive Open Online Courses) to potentially reduce costs, the party school of Arizona State, among many diverse stories. Throughout this mash-up, he captures the stories of students – most notably David Boone, an African-American Harvard student who was formerly homeless, and Victoria Sobel, a student at Cooper Union in Manhattan who participated in the occupation of the university’s president’s office for tough 65 days to protest the implementation of tuition at the historically free school. This was Rossi’s second time entering Sundance, after his last film, Page One: Inside the New York Times a documentary abut the newspaper industry.

Writer-director – and Harvard graduate – Damien Chazelle’s drama, Whiplash, premiered as the opening night film for Sundance. The film, Chazelle’s first feature, portrays an aspiring drummer (played by Miles Teller) and his relationship with a terrorizing professor (played by J.K. Simmons) at an elite music school who pushes him to pursue perfection at all costs. The film grew out of a short, actually one scene in the feature film, which won the U.S. short film jury prize at Sundance 2013. Although Chazelle, 29, had already written the feature script, he completed the feature in less than a year turn, an unusually fast turn around. Bold Films, Blumhouse Productions, and Jason Reitman’s Right of Way Films produced the film. Whiplash took two awards in Sundance 2014 — The U.S. Grand Jury Prize: Dramatic, presented by Leonard Maltin, and the Audience Award: U.S. Dramatic presented by William H. Macy. Chazelle’s first film, shot on 16mm black-and-white, was urban romance Guy and Madeline on a Park Bench, which began as his undergraduate thesis project at Harvard and shot it in and around Boston. It played at Tribeca Film Festival in 2009.

Written and directed by Norwegian filmmaker, Mona Fastvold in her feature debut, The Sleepwalker is an eerie drama set in a stunning and unusual-looking house in the western Massachusetts. Brady Corbet co-wrote the script with Fastvold and also stars in the film. The film revolves around a couple, Kaia and Andrew (played by Christopher Abbot of Girls), renovating Kaia’s family estate, whose lives are upended by Kaia’s sleepwalking sister and her boyfriend (Corbert) who unexpectedly visit. As the story unfolds, we watch as the sisters struggle with their memories of childhood in their dysfunctional family, each sister convinced of her own reality.

Fastvold says that she and Corbet wrote the script around the home, which serves as a fifth character, in a sense. Fastvold and her team shot the film in 18 days in Sturbridge, MA with a local crew. Abbot, from CT, sporting a beard and a Boston accent, plays very much against type from how audiences know him on Girls. The four characters and the house weave an unsettling story that keeps audiences wondering. Music and sound play a large role in setting a haunting mood. Fastvold and Corbet leave their ending open to interpretation.

The New England icing on the cake – singer/ songwriter Tracey Chapman, Tufts graduate who got her start in Boston, presented the U.S. Grand Jury Prize: Documentary. Chapman was on the jury for documentary and presented the award to the winner — Rich Hill a documentary about poverty in rural, America where kids face tough choices and dream of a better future.

Be on the look out to see these films and other Sundance films released in 2014.

For more information on the Sundance Film Festival and other participating films, visit: http://www.sundance.org/.