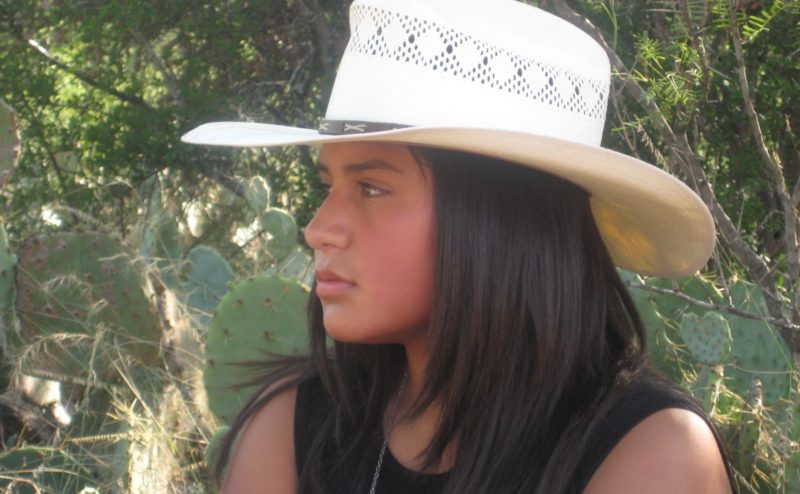 Why Web Series are Becoming the New Wild West

Share
Web series producer, Amy Quick Parish writes about how web series have quickly become a new outlet for indie-filmmakers. She also describes her experiences producing her series Into Dust and how filmmakers are making up the rules as they go.

As digital filmmaking becomes more accessible and higher quality every year, more and more would-be filmmakers and TV show runners are taking their talents to the web and filming DIY-style. In 2008 this was daring new territory with few channels for independent web series, apart from You Tube and Vimeo, and no clear path to garner viewers. Now, with people of all ages watching more and more of their “television” on the web, web series are the latest frontier of indie filmmaking as filmmakers are taking on this new “Wild West” of TV.

In some cases filmmakers see a web series as an easy soapbox or platform for self-expression. Filmmaker Reggie Joseph, from Randolph, MA, says he is developing his web series, called The Reign of Reggie, because he loves to speak his mind and give his opinion. Joseph plans on posting his first episode in early 2014. Another filmmaker, Tyrone Jones, working in Cambridge MA, said the choice to do his upcoming series, The Dream Machine, as a web series over a film had to do with accessibility, both artistically and financially. “As a web series we don’t have as many rules and regulations in terms of censorship,” says Jones. “This has enabled us to build our own characters, story lines, and plots without fear of being censored. Financially, most of us have jobs and work different schedules. A full length movie without proper funding is simply out of reach.” Jones hopes to launch his first episode in February.

Other web series start out as unproduced feature screenplays with characters and stories that could fit multiple platforms. Filmmakers find, for various reasons, getting a full-length film off the ground can be costly and difficult. But adapting a story into a web series, which is shot and released in more manageable chunks, can give life to a series that otherwise might not have made it. Many series creators plan to turn the web series into a launching pad for a TV series. In this case, the web series serves as a more expanded sizzle reel, in which creators can display their directing skills, their ability to create characters, and tell a compelling story with strong act breaks or cliff hangers that keep audiences engaged and eager for more. And finally, for those with aspirations of creating network or cable TV series, a web series is fertile ground for experimentation. It offers creators a chance to green light their story without waiting for permission. Storytellers can push the limits of their creativity without executive input and red tape. There is freedom in autonomy and the only thing holding a creator back is his or her ability to get the film shot, edited, and uploaded.

My web series, Into Dust, a supernatural action adventure, began as a feature script. It placed in the 2nd round of consideration at the Sundance Screenwriting Institute, but did not progress further. Friends, who I had met through internships at Detour Filmproduction and the Austin Film Society, encouraged me to just shoot part of it. I did and soon enough a couple of scenes turned into a full-fledged web series. When strung together, it also works as a TV pilot.

Shooting Schedules – all at once, or bit by bit.

The grass is always greener. Many web series creators find that they wish they had done the opposite of what they did. Mark Gardner from Austin, Texas, creator of Cell, The Web Series, shot his web series all at once, as if it was a feature. The advantage was that he had the sets, locations, actors, and crew for a specific amount of time. He edited his work into equal chunks with strong cliffhangers and released them at specific, regular and well-publicized intervals. The disadvantage in shooting it all at once was that Gardner did not have time to adjust aspects of future episodes once one had been uploaded. This meant he was unable to respond to audience feedback.

Another series creator, Ben Snyder, shot his series, Bleed, bit by bit. In general, filmmakers who go this route have the advantage of spaced out expenditures and better pacing between shoots for a more fluid shooting schedule to account for any day jobs of the cast and crew. However, some disadvantages of shooting bit by bit are potentially erratic release dates, the risk of losing key cast and crew members to other gigs, and the risk losing momentum on the series as a whole.

I released Into Dust one episode at a time because that made sense at the time. If I could do it all over again, I would shoot it all at once, determine the best breaks, and then release it on a regular schedule.

Today more channels for web series and distribution exist than ever before – Web Series Channel, Blip.TV, Koldcast.TV, Hulu, SciFinal, and many more. One caveat is that web content is something users are used to getting for free. Unless content creators can obtain a deal with a big player like Netflix, Hulu or someone with serious funding, they are often faced with a free option to stream their work. Channel owners make money from the traffic, based on the content filmmakers create, while the filmmakers receive exposure. There are even some distributors who, in fact, charge content creators to stream their web series – arguing that while they run the channel, creators gain exposure. Some creators do pay for this, but many opt out. Many filmmakers say that that free exposure with non-exclusivity is the best leg up toward a future deal that will eventually pay-off.

I went for distributors that allowed “non-exclusive” rights to my series. This way I would have several different places audiences could watch. With these channels being so new, I did not want to tie myself down with one channel when I might be able to screen on ten.

We had a screening and I highly recommend that – seeing Into Dust on the big screen and having all the cast and crew together was a great experience.

How do you monetize web content? Many content creators invest in ads on You Tube, Facebook and other outlets, but because so few people actually click on the ads, it is not as profitable as content creators wish it could be. For that reason, many series creators use crowd-funding sources such as Kickstarter and Indiegogo to keep a series filming. While it doesn’t help filmmakers earn a profit, it can keep them from going broke.

Some series creators have tried selling merchandise like t-shirts, coffee mugs, hats, stickers, or comic book tie-ins to generate revenue. Some series creators hold screenings where the web series cast appear live in-person. And, of course, one can always hope that your series will go the way of It’s Always Sunny In Philadelphia and be picked up by a network. Until then? Filmmakers advise keeping the web series lean, mean and short: few actors, easy locations, and an engaging story.

Keeping it Lean and Mean

Some great examples of successful web series are those that kept it easily within the realm of one or two people to keep the show going. You Suck at Photoshop is one such example. Created by Matt Bledsoe and Troy Hitch and hosted at My Damn Channel, the show requires no on-camera actors and no sets – just an open copy of Photoshop, a few pictures, and an angry narrator who is frequently interrupted by the sounds of his nagging wife.

Reggie Joseph says his web series, The Reign of Reggie, will be shot similarly. He intends to begin as a one-man show shooting on a web cam once a week and uploading straight to the web.

Other lean mean examples include Turbo Dates. This series, created by Harvard Lampoon alum, Jocelyn Stamat and co-written and co-directed by Terry Rossio, writer of the Pirates of the Caribbean series, uses two actors at a time, in a simple location. The series focuses on the conflict between the two characters, as they take a finite amount of time to decide whether or not the other is worth a full date.

The lure of creative freedom, the ease of digital filmmaking and editing, and the access to viewers all around the world has made the web series increasingly popular among filmmakers over the past few years. Although monetization remains a challenge, the web series is the wave of the future.