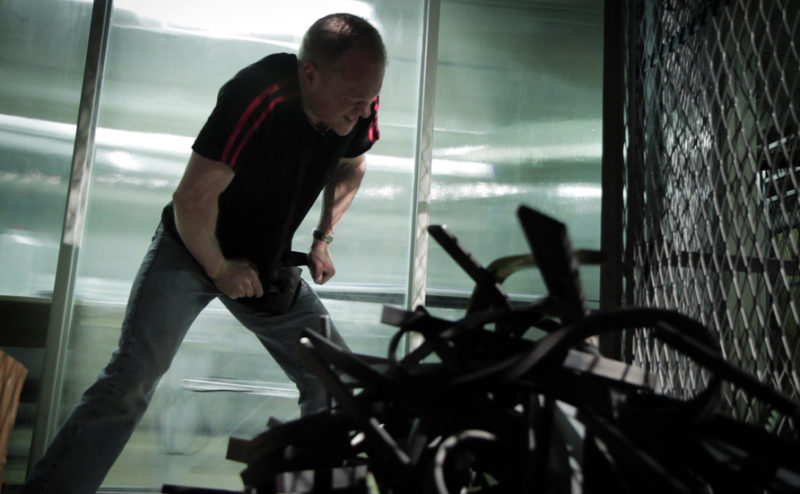 Share
2014 starts off with new films at the Doc Yard, Sundance USA at the Coolidge Corner Theatre, and plenty of other film events around New England. Check out the Industry News section each month for local films, upcoming festivals, and filmmaker opportunities. To submit news, e-mail news@newenglandfilm.com.

The DocYard’s winter season kicks off this month at the Brattle Theatre in Cambridge, Massachusetts with documentary screenings and filmmaker conversations. The first event is a screening of Bending Steel on January 13th at 7:00 pm, where several of the filmmakers will be in attendance. For the full DocYard schedule and more details, visit thedocyard.com.

The Banff Mountain Film Festival makes its way around the United States this winter. This month, the festival will hold screenings in Vermont, Maine, and New Hampshire. For dates and locations by state, see banffcentre.ca.

The Sundance Institute will screen films from its 2014 festival in independent theatres around the country, including the Coolidge Corner Theatre, on January 30th. The Coolidge will host a screening of the documentary Whitey: United States v. James J. Bulger, directed by Joe Berlinger, at 7:00 pm. See the Coolidge to learn more and purchase tickets.

Boston’s Museum of Fine Arts hosts the Boston Festival of Films from Iran from January 17th to January 26th. Screenings include Closed Curtain, The Bright Day, and The Patience Stone. Visit the MFA website for showtimes and more information.

Maine’s Camden International Film Festival has been awarded a $10,000 Art Works grant from the National Endowment for the Arts. The grant will go towards the 2014 festival, including educational programs and the Points North Documentary Forum. Read more at camdenfilmfest.org.

Attendance was up at the 25th annual Boston Jewish Film Festival, held this past November. The festival saw a 12% increase in festival attendees, with 17 films selling out advanced tickets. Read more about the BJFF online.

American Hustle, Captain Phillips, Labor Day, Matt Damon, Taylor Schilling: just a few of the Golden Globe nominees with New England connections that could win at the Golden Globes on January 12th. Stay tuned as well for Oscar nominations, which will be announced on January 16th.

Vermont’s LGBT Short Film Festival, CineSLAM is currently accepting applications for its upcoming Film Seminar. Selected applicants will participate in the Pride of the Ocean Film Festival this summer aboard a cruise from New York to Bermuda. The deadline is January 15th. For more information on how to apply, see cineslam.com.

Submit now to next summer’s Nantucket Film Festival. There are several film submission categories and screenplay competitions. The early bird deadline is January 20th and the regular deadline is March 3rd. Learn more on nantucketfilmfestival.org.