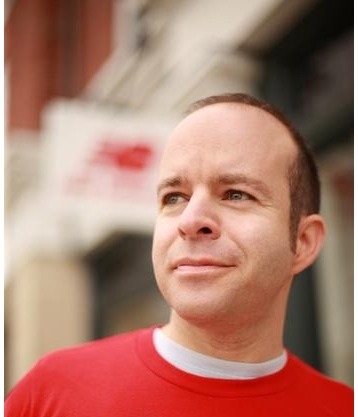 Boston Hustle: Talking to the Talent and Crew of American Hustle

Share
Local cast and crew members of American Hustle discuss making it in the film industry.

“Everyone hustles to survive” is the tagline of David O. Russell’s most recent film, American Hustle, filmed in the Boston area and in Worcester, representing locations in New Jersey and New York in the movie. The same can be said for creatives making a living in the film industry in Massachusetts.

NewEnglandFilm.com talked to some of the talent and crew hired locally to work on American Hustle about the challenges and rewards of being based in Boston.

“You have to have that drive to survive in this business, but especially in New England,” says actor Rob DiNinni, who plays Desperate Businessman in a scene with Christian Bale and Amy Adams. “There’s work, but you have to really scramble and hustle.”

DiNinni left the corporate world in 2003 as an executive for a software company to start his business, StageCoach Improv, which augments his work as an actor. “I left to pursue my passion for standup comedy, acting, and teaching improv and communication skills,” he says.

“It’s incredible to have gotten a part in a movie that was filmed in here in Boston where I started my career,” DiNinni says of being cast in American Hustle, crediting Model Club, Inc. and Angela Peri of Boston Casting with getting him the audition.

“There’s a thrill when you’re on stage or on set; you get to play out these imaginary roles and bring life and emotion to them. You bring truth to the character,” DiNinni explains of the acting process. “It’s a heightened state — you’re high from that, energized, emotionally charged.”

“I went through a number of auditions,” DiNinni says. “I went in front David O. Russell for final callbacks and got the role. That was exciting. I did two scenes and ended up in one” — a montage of people asking for loans from Bale and Adams’s characters.

DiNinni’s improvisation background came in handy for the auditions, which he says were all improv; it also helped during the filming. “[Russell] likes keeping the camera rolling,” he says. “He directs as the scene is progressing. If he likes what you’re doing, he’ll tell you while you’re doing it.” DiNinni enjoyed seeing Russell in action as a director: “He goes from smiling to very hyper-focused. He was hyper-aware of all the nuances of the scene, not only framing and angles, but also the subtleties of the actors.” DiNinni also raved about working with Bale and Adams. “I got to observe their intensity and commitment to their characters.”

“It’s all about cultivating relationships,” DiNinni says of advancing in the film industry. “Once you showcase your chops, you will get called back and people will refer you. There’s no blueprint for being in the arts, or being an actor or doing comedy. Being fearless is what it takes to pursue a career that comes in an ebb and flow. It’s an up and down roller coaster, you need to enjoy the ride. If you’re not enjoying the ride, and you want to throw up half the time, it may not be for you. You just have to keep making the connections, do the work, find ways to perform and get yourself out there. Then when the call comes, you’re relaxed, you’re ready. You shouldn’t be afraid to puke.”

“I try to compete at the highest levels with New York and L.A.” says Tom Williams, sound mixer on American Hustle and a member of the IATSE Local 481 motion picture union. He points out that “even the guys in L.A., they’re looking for the next gig all the time also, be it a documentary or a commercial.” Williams, a Berklee College of Music grad, started out in recording engineering in the music business and worked his way into feature films. “Over the last eight years, I’ve had more production and more feature work because of the volume of films coming into town. I was at a spot that when the tax incentives started, I was able to make that transition.”

Williams goes on, “It’s not voodoo. If the studios don’t know you, they’re not going to hire you. I got in when I was young. You’re willing doing micro budget indies, and then someone from an indie starts working on a larger feature and they mention your name. I’m going to save them money. They’d rather hire me if the director is good with it. Just like I know sound men across the country, producers know producers across the country. It’s all about word of mouth and personal relationships, really.”

When the once-thriving Boston rock n’ roll scene shifted to Seattle, Williams says, “People told me you have to leave. But I just loved it here, I love Boston, I love New England, it was a quality of life thing. I have a house in Vermont. Would things have happened faster somewhere else? Possibly, but there also might have more competition.”

Williams found working with David O. Russell to be bracing. “It was the most difficult film I’ve ever worked on, his style is so different. It was not a traditional setup.” Williams’s experience in documentary filmmaking helped him to move very quickly. “We had to think ahead of the director and be prepared for whatever came into his mind. Sometimes he beat us to the punch. It was a spectacular experience. It was challenging, but you see the rewards in the performances from the actors.”

Singer and actress Alecia Batson was approached by Ashley Skomurski of Boston Casting in January 2013 about serving as a stand-in and photo double for Amy Adams. “Being a stand-in is one of the best ways to learn about how a set actually works,” she says. “Local casting tends to include stand-ins and photo doubles.”

“For anyone who is pursuing a performing career in any market, you really have to hustle,” Batson says. “You have to really want it. You have to go out and make it happen. Leverage the talent and skills that you have. One must be very objective about what one can bring to the table. Ask yourself, what are my strengths? What sets me apart?”

Batson says, “I worked for the duration of the film except for a few days when Ms. Adams was not on set. It is a very crossover experience because you’re really serving as part of the crew – to enable the crew to get the next scene or shot set up.“ She explains that the stand-in needs to look as much like the principle as possible so that very few adjustments have to be made.

“It was absolutely fascinating,” Batson says of her experience on American Hustle. “Mr. Russell’s style of direction is very dynamic and creative and spontaneous. It can seem chaotic relative to other types of films that are very structured. This type of chaos is happy chaos from a performance point of view. It is a creative and collaborative environment for actors. Watching it evolve over the course of the film was tremendously educational. There were times when I could stand with sound, or electric, and watch the performances live. “

For Adam Roffman, on-set dresser for American Hustle, film is a passion. “When I’m not on a film set, I’m producing an independent feature or running a film festival (Roffman is one of the founders of Independent Film Festival Boston and served as program director from its inception in 2003 through 2013). “For me it’s definitely a passion that luckily I can live off of.”

“I just kind of worked my way up,” says Roffman, who started out with an internship on Bill Nye, the Science Guy and ended up in the art department. “Once the tax incentives came in there was more work than I knew what to do with. The tax incentives have been crucial. They have kept us working steadily and kept us living in Massachusetts. The number of people working in the film industry here has been growing.”

Of working on American Hustle, Roffman says, “It was fun but challenging. Getting to do a very glitzy and flashy part of the seventies like that was a lot of fun. As the on-set dresser, my days are spent primarily working with the director and cinematographer while maintaining the design concept. We shot so much of that film handheld or on Steadicam.” Roffman explains that the camera was shooting 360 degrees. “Every direction had to be ready to be viewed in the movie. (Russell) likes to be spontaneous. I had to have the set ready to be seen from any possible angle at any time.”

Roffman sums up, “I used to go to New York. For the past five or six years, I haven’t had to leave Boston. For all the producers that I speak to, one of the top factors is that they love the locations Massachusetts provides. And they feel the local crew talent is equal to New York or anywhere else. But the tax incentives are equal or higher than those two things. I hope they do not get taken away from us at some point.“