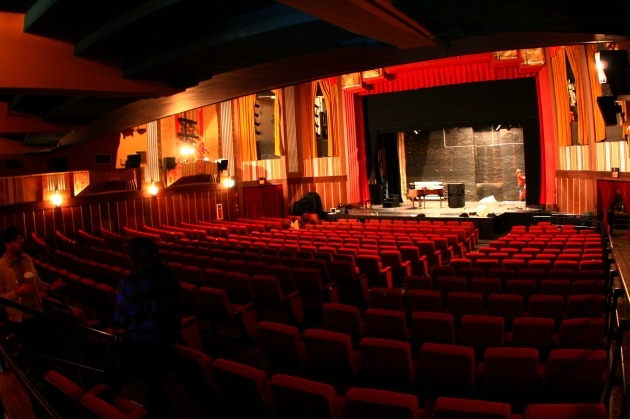 Science on Screen: View Science through the Lens Film

Share
NewEnglandFilm talks with Cheryl White, manager of Science on Screen at the Coolidge Corner Theatre, about its expansion.

Science on Screen, which started in 2005 at Brookline’s Coolidge Corner Theatre, has begun its annual run. The goal of the program is to unite film and science in an informative and thought-provoking way and it is a collaboration between the Alfred P. Sloan Foundation and Coolidge Corner Theatre. The Alfred P. Sloan Foundation, has developed film programs nationwide and encourages filmmakers to tackle science and technology topics, since 1996.

This year, the program extends its reach to 20 independent non-profit cinemas around the US. Grantees include Athens Cine in Athens, Georgia, Belcourt Theatre in Nashville, Tennessee, The Little Theatre in Rochester, New York, and Michigan Theater in Ann Arbor, Michigan.

Each grantee receives $7,000 to present at least three Science on Screen programs. For each program, an expert ties the film to a science topic that he or she discusses with the audience. The program aims to appeal to all ages and to show film-goers a new lens to view film. According to the rules of the grant, one of the three films must be a past recipient of the annual Alfred P. Sloan Foundation Feature Film Prize in Science and Technology, which was started in 2003.

Andrew Bujaiski’s film Computer Chess, was awarded the Alfred P. Sloan Film Prize in Science and Technology in 2013. Other past grantees include Valley of Saints and Robot & Frank.

Richard Anders, a Coolidge member and now, managing director of Rubin/Anders Scientific, founded Science on Screen. Cheryl White, the manager of the Science on Screen program at Coolidge, explained Anders’ role in bringing film and science together. ‘He developed the concept of bringing science, which related a a particular film, into the movie theater. He paired film and science unexpectedly, instead of showing film in a traditional way,’ said White.

‘Thanks to this funding this year, we will be able to continue expanding the network of Science on Screen cinemas. In 2014, we will be awarding grants of up to $8,500 to select U.S.-based nonprofit independent cinemas,’ said White.

White also elaborated on the qualification process for each theater interested in Science on Screen. The Coolidge and Sloan Foundation ask each theater to supply a proposal detailing what special programs they have developed in the past and plan to do in the future. For the proposal, the cinema needs to supply information concerning the surrounding community and what science or technology centers would support of the Science on Screen program. Also, each applicant must discuss the strategy for finding speakers relating to the film. According to White, the theaters need to explain why they are a good fit.

Science on Screen aims to attract a diverse audience from college students, to science phobs to science phils, or to people with absolutely no science background. ‘The goal is to show a film and tease out a scientific topic in some way,’ said White on the primary initiative of the program. ‘You bring an expert to come in and talk about it. The whole point of the program is to present science as entertainment and to show that there is an interest in science out there.’

Past programs at the Coolidge Corner Theatre include Night of the Living Dead and a discussion following about the amygdala in the zombie brains and epidemiology. Another unlikely film to inspire science discussion, was the film Fight Club, which inspired a Harvard Biological anthropologist to discuss how the violent behavior in human males resembles the behavior of apes. Crouching Tiger, Hidden Dragon inspired a discussion about the interplay of martial arts and the laws of physics. And the time-travel marvel of , inspired a discussion on the spread of viruses, while as 2001: A Space Odyssey encouraged discussion on artificial intelligence.

The next Science on Screen at the Coolidge Corner Theatre on Monday December 9, 7:00 pm is Who Framed Roger Rabbit, and will have guest speaker Melissa Franklin, a Mallinckrodt Professor of Physics at Harvard University and Chair of the Department of Physics. She will discuss how cartoon physics contrast with our law of physics in the film, as the film integrates two different settings: the real world and a cartoon world.