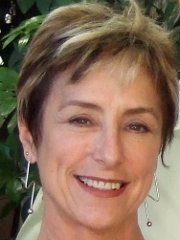 You’ve written the screenplay, raised the money, shot and edited your film, and your movie is finally ‘in the can.’ Congratulations! But now what? It’s time to get your film seen and distributed. Whether you live in New England or anywhere else on the globe, you must navigate your next steps wisely.

This month I speak to Sydney Levine, president of SydneysBuzz — whose tagline for her company — “Pulling Back the Curtain on the International Film Industry” — precisely does just that. Levine focuses on international film industry developments and analysis of the international film market related to buyers, sales agents, filmmakers, film festivals and distribution. Traveling extensively on the international film market circuit, Levine is a hired panel moderator, educator, consultant for filmmakers, the Cannes Film Market, the Berlinale’s European Film Market and Talent Campus, Deutsche Welle Akademie and others. Her company covers events, panels, buying, selling and educational initiatives at Toronto, Sundance, Berlin and Cannes, regularly reporting on who is buying, who is selling, which films stand out, and how the films were created.

Prior to establishing FilmFinders, she helped start the profitable video rental division of Republic Pictures as Vice President of Acquisitions and Development after having spent three years acquiring such feature films for Lorimar as My Beautiful Laundrette, Letter to Brezhnev, Tampopo, and Sugar Baby as part of a wide variety of international artistic and commercial genres. Levine has worked in international distribution for Twentieth Century Fox in Amsterdam, in Ross Perot’s start up video company Inovision, in marketing for ABC Video Enterprises, at Public Media Inc. the social issue documentary division of Films Inc. and Pyramid Films, the award-winning short film distribution company in Santa Monica, California. During her tenure at all these companies she acquired features and documentaries for international and domestic distribution.

Susan Kouguell: You and your partner, Peter Belsito, are known throughout the international film festival circuit for having the finger on the pulse of independent filmmaking for over twenty-five years. The independent film movement has certainly changed dramatically from the early celluloid days — American Playhouse, the onset of the Sundance Film Festival, Harvey Weinstein at the ‘original’ Miramax Films — to digital filmmaking and the increase of ancillary markets and venues, to Harvey Weinstein at The Weinstein Company. One thing that hasn’t changed is the quest for filmmakers to get their work seen and distributed. For filmmakers not living in New York City or Los Angeles, their quest can be even more challenging. What tips can you offer to assist filmmakers on their quest for getting their work seen and noticed?

Sydney Levine: Actually you can make that 38 years. When I started at 20th Century Fox International in ’75, I was the first and only woman in international film distribution except for one Dutch woman living in Germany whose company, Cine International, sold independent German films to distributors around the world but whose films never entered the United States. Theatrical and television were the only platforms in those days.

In this day of digital technology, a filmmaker can reach every corner of the world. That means the filmmaker must create a Persona with a personal digital platform which serves as an integral part of mapping out a curriculum vitae. The films are one part of who the Persona is, and the created website and blog must offer more than just the film in order to create the Persona one presents to the world. Secondly, the target audience for one’s films and for one’s other interests must be located and addressed by the Persona on the many levels of their interests. A film cannot stand alone and be noticed. It must be part of a larger picture, whether personal or affiliated with a larger brand.

SK: What are the current trends in promoting short and feature films at festivals and markets that you find successful and not so successful?

SL: Festivals have their own websites and use YouTube channels. The brand your film can distinguish itself by might be a festival, such as Sundance or Tribeca (or many others), which have their own platforms to promote and show films, or Cannes whose platform (called Cinando.com) shows the films of the festival and market as well as films of Sundance, AFM (American Film Market), Ventana Sur (the Argentinean market for Latino films), Busan, San Sebastian, Toronto, Deauville and Karlovy Vary film festivals. Cinando is known to the trade (and is only open to the trade) but still has not caught on as broadly as it is intended. Sundance has experimented with showing its shorts on YouTube where it has a channel, as does Tribeca. Tribeca on Demand is also a distribution platform for features which it takes on for distribution. Other festivals also use YouTube to showcase films or trailers…Karlovy Vary, Cinequest, Locarno has The Pardo Channel on You Tube. Some act as distributors and some are only promoting. Again finding these may be an issue — or not — depending on their purpose and how they market.

SK: What are the pros and cons of posting a film on platforms such as Vimeo and YouTube before it gets accepted into a film festival or has distribution?

SL: On the pro side, it can build up a following which might persuade the distribution company to get on board. I think that if an entire film is posted before a film festival, it will destroy its chances to get in the premiere festivals which insist on premieres and it might degrade the pristine discovery element for any other festivals. Other arguments against showing the entire film, is that if it is free, no one will ever need to pay for it again. The purpose of a film is to be seen, but the purpose of the filmmaker should be to have a commercial success which speaks to the business world of distribution about the ability of the film and filmmaker to make money to repay investors and bring financial gain to the distributor. Film is, after all, a commercial art not a “fine art” which also, in fact, must show some financial gain in the end. Film is public and you must have a public that pays.

SK: Navigating film festivals and film markets can be overwhelming for those trying to get attention for their projects. What tips do you recommend for filmmakers to make the most of their time there?

SL: Be sure to choose the first festival as the one with the trade attending and looking to acquire films like yours. Be sure not to disqualify the film because you have it already shown it elsewhere. You can use your film as a passport to travel the world or you can use your film to promote your career in the international or in the domestic market. Be conscious of what your end goal is and then create a smart strategy to reach your objective.

Before you arrive, have a one-sheet or postcard with relevant information on you and the film. Know who from the trade is attending and write to them in a way to persuade them to see your film. Make appointments with them to discuss your film after the screening. When you are there, carry your cards and your promotion. Have a 30-second pitch and a longer pitch ready to deliver in the appropriate moments. Be aware of who you are speaking to and speak to them about them, before pitching your own agenda. Attend workshops if there are any.

SK: Getting an offer from a film distributor to distribute a filmmaker’s project is exciting and a possible foot-in-the door to success. However, filmmakers need to proceed with caution. What should filmmakers look for before they sign on the dotted line?

SL: First they need to have an experienced entertainment attorney review the contract carefully with them. Actually that is not the first step. The first step is saying how interesting and exciting the offer is and before saying yes, ask for the contract to review with your attorney. Filmmakers also should know how distributors and sales agents work a film so they can ask the right questions about how they will market the film.

SK: What advice do you have for aspiring filmmakers?

SL: Read books on the subject, take courses on the film business, attend seminars, join IFP or Film Independent or San Francisco Film Society and network, stay abreast of new technology. Read at least one trade every day, preferably one that covers the international as well as the U.S. film business. Get to know who is who, and what role they play in the film business, so that when you meet them, you will be able to hold an intelligent conversation with them about what they do. Learn to pitch your film and yourself.

SL: Proceed with passion and with caution. Take good care of yourself and recognize there is another life beyond film. Exercise, meditate, socialize, don’t take too many drugs or drink too much. In the film business it always seems like success is just around the corner. If you are lucky and meet it, your next film will be just as difficult as the first. If you go around too many corners without getting anywhere, give it up and try something new. If you succeed, don’t believe you have it made; don’t believe you are your Persona. Realize you have a human life with human needs and don’t ignore that blessing.

Award-winning screenwriter and filmmaker Susan Kouguell teaches screenwriting and film at Tufts University, and is chairperson of Su-City Pictures East, LLC, a motion picture consulting company founded in 1990 where she works with over 1,000 writers, filmmakers, and industry executives worldwide. (www.su-city-pictures.com http://su-city-pictures.com/wpblog/).

Susan wrote THE SAVVY SCREENWRITER: How to Sell Your Screenplay (and Yourself) Without Selling Out! (St. Martin’s Griffin) and SAVVY CHARACTERS SELL SCREENPLAYS! A comprehensive guide to crafting winning characters with film analyses and screenwriting exercises, which is available at $1.00 off by clicking on www.createspace.com/3558862 and using DISCOUNT CODE: G22GAZPD. On Kindle: http://www.amazon.com/dp/B009SB8Z7M (discount code does not apply).

Award-winning screenwriter and filmmaker Susan Kouguell teaches screenwriting and film at Tufts University, and is chairperson of Su-City Pictures East, LLC, a motion picture consulting company founded in 1990 where she works with over 1,000 writers, filmmakers, and industry executives worldwide. (www.su-city-pictures.com http://su-city-pictures.com/wpblog/). Susan wrote THE SAVVY SCREENWRITER: How to Sell Your Screenplay (and Yourself) Without Selling Out! (St. Martin’s Griffin) and SAVVY CHARACTERS SELL SCREENPLAYS! A comprehensive guide to crafting winning characters with film analyses and screenwriting exercises, which is available at $1.00 off by clicking on www.createspace.com/3558862 and using DISCOUNT CODE: G22GAZPD. On Kindle: http://www.amazon.com/dp/B009SB8Z7M (discount code does not apply). Follow Susan at Su-City Pictures, LLC Facebook fan page and SKouguell on Twitter.