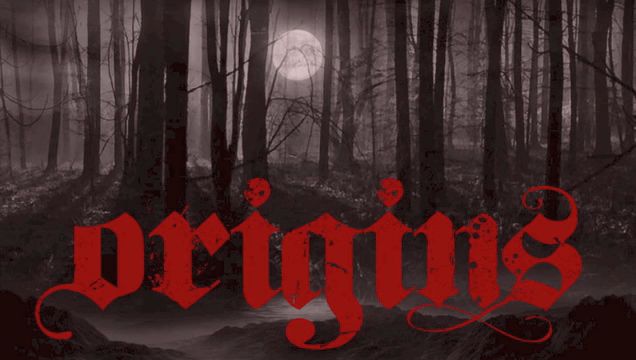 Share
Every month, NewEnglandFilm.com is highlighting exciting new local film projects looking for funding. This month, give yourself the chills by donating to two spooky shorts about vampires and what lies beneath. To feature your film in this series, e-mail editor@newenglandfilm.com.

Massachusetts filmmaker Sharmane Franklin Johnson seeks support for her short film Origins. The film follows the 4,000-year-old vampire named Arius, who is on a journey for revenge when he meets a witch named Maeva and her coven. The vampire initially seeks the witches’ help before turning on them. Origins serves as a prequel to a feature of which Johnson is currently writing the screenplay.

The team behind Origins includes writer-director Johnson as well as several actors, crew members, and executive producer Christopher Tobiaz. The filmmakers have already scheduled scenes to be filmed at the Lizzie Borden House in Fall River, including the John Morse room. Kickstarter support for this project will help fund production costs such as equipment, special effects, costumes, and more.

The deadline to donate to Origins is Friday, September 13th. To donate, read more about the film, and watch a short video, visit the Kickstarter page.

akers Adam Newman and Steve Sweeney hope to catch your interest in their upcoming project Palefish. Set in Blaine, New Hampshire, this horror film opens with an attack on a young girl at a local pond. The story focuses on three men, including a sheriff and a marine biologist, and their efforts to figure out what exactly is in that pond.

Newman and Sweeney have posted Palefish on JuntoBox Films. The website encourages filmmakers to share their projects and move up through five levels. The more followers and ratings a project acquires, the more updates and information the filmmakers post, before reaching level five and being evaluated by the JuntoBox Films board. If a project gets a greenlight, JuntoBox Films produces it.

Palefish is currently at level two. The filmmakers have posted a character list, brief plot synopsis, and a short video so far. To read more, rate the project, and become a follower, click here.