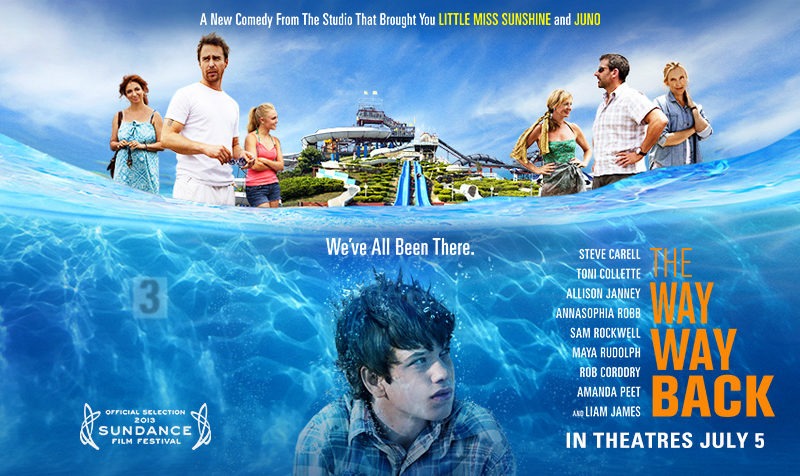 Share
Even as several states debate the future of tax incentive programs for feature film and television productions, several star-studded productions have flocked to the region this summer hoping to capture the historic looks and distinct character of New England.

Keep an eye out for these productions filming in your area this summer and hitting the theaters next year!

And So It Goes

Diane Keaton and Michael Douglas are appearing for their first time together in a new romantic comedy being shot in Bridgeport, CT.

The filmmakers, led by director Rob Reiner, were drawn to the Black Rock neighborhood of Bridgeport by the picturesque waterfront view of Captain’s Cove, a small seaport situated a short distance across Long Island Sound from the film’s principal shooting location — a waterfront duplex that will serve as the home of the characters played by Keaton and Douglas.

In the film, Douglas plays Oren, a self-centered realtor whose world turns upside down when the granddaughter he didn’t know he had, played by Sterling Jerins (World War Z), shows up at his front door. With the help of his neighbor Leah, played by Keaton, Douglas learns to care for the young girl and unexpectedly, to fall in love again. While you’ve probably heard this one before, the films is scripted by the talented screenwriter Mark Andrus (As Good As It Gets) and the pairing of Douglas and Keaton shows promise.

Crews have been busy renovating and dressing the shorefront duplex and surrounding neighborhood, planting flowers, beautifying the waterfront, fixing a few drooping fences and even mowing the lawn of a vacant house near the set. Shooting of the film, which has a budget of $30M, began in Bridgeport on June 19th and will continue there until July 12th. Shooting is also planned in Fairfield, Greenwich and the Lake Compounce Amusement park in Bristol. Other scenes will be shot in LA and Manchester, England.

Denzel Washington is reunited in Boston with director Antoine Fuqua, whom he worked with for his Oscar-winning performance in Training Day, to shoot a new thriller. Loosely based on the 1980s TV series of the same name, The Equalizer is about a retired covert operations officer who helps a young prostitute, purportedly played by Chloe Martz (30 Rock, Let Me In, Hugo), a la Jodie Foster in Taxi Driver. The role is purportedly typical Washington fare — “a solitary, monastic figure who hates injustice” (Deadline) — but the combination of Washington’s appeal and plenty of gritty, lean action scenes is a reliable recipe for box office success. The film, which has a budget of $50M, is rumored to be the first of a series, which would make this the first such franchise role for Washington.

Columbia Pictures has signed a month lease for the old Lowe’s building in Haverhill, which has been transformed into a fictional home improvement chain store, “Home Mart,” where Washington’s character is an employee. Shooting is also planned for Chelsea, Charlestown and Boston.

The film also features Robbie Wahlberg, who has acted in local films Gone Baby Gone, The Departed and Mystic River; academy-award winning actress Melissa Leo (The Fighter); and singer-songwriter-actress Haley Bennett (Marley & Me). If the movie does in fact turn out to be the first of many, we can expect to see these stars continue to pop up around the Boston area.

Robert Downey Jr. continues to entertain and provide photo-ops for fans around Western MA as production continues on The Judge, a comedy-drama filming in various Massachusetts locations this summer. In the film, Downey Jr. plays a lawyer who comes home for his mother’s funeral only to find out that his estranged father and town judge, played by Robert Duvall, is suspected to be her murderer.

The filmmakers have been capturing the charming, historic looks of several Mass. towns and have refashioned quaint village of Shelburne Falls into the fictional downtown of Calinville, Indiana for the staging of a massive funeral procession. The crew also filmed scenes at Smiarowski Farm Stand in Sunderland and The Superior Courthouse, Community House and First Church in Dedham. Production ran in Western Mass. from June 3rd – June 18th and is now scheduled to begin shooting soon in Worcester and Boston.

Shooting may have wrapped on the still untitled David O. Russell film starring Christian Bale, Amy Adams, Jeremy Renner, Bradley Cooper and Jennifer Lawrence, but Lawrence may be sticking around the Boston area. Production on the third installment of the Hunger Games trilogy will begin shooting in Atlanta and Boston in September, in which Lawrence will reprise her role as heroine Katniss Everdeen.

Live By The Night

Ben Affleck has been scouting locations in Haverhill and Lawrence, MA for a film adaptation of the Dennis Lehane novel Live By Night that he is writing, producing, directing and starring in. The story, which is set in 1926, is about the youngest son of the Boston police captain who grows up to run an alcohol crime syndicate for some of Boston’s most notorious Prohibition-era mobsters. Gone Baby Gone (2007), which was Affleck directorial debut, was also an adaptation of a novel by the famous Boston author. Production is expected to begin later this year.

Milford, Connecticut native, Christy Romano, best known for her roles on the Disney Channel’s Even Stevens and as well as Broadway’s Beauty and the Beast, is producing and starring in her new film Unknowing, slated for principal production in her home state this summer. The film, which is set to begin filming in mid-July, follows a graduate student named Brian (played by Christian Madsen) who embarks on a journey of self-discovery when he finds out that his long-lost father has amnesia.

Several films that were shot in the region last year are also opening in theaters this summer, most notably the Boston-shot comedy The Heat starring Melissa McCarthy and Sandra Bullock; The Way Way Back, a comedy starring Steve Carrel shot in Massachusetts and Rhode Island; and Epic, a fantasy-adventure produced by Connecticut animation studio Blue Sky Studios.

A bill is in development in Maine, which currently offers minimal financial incentives for TV and Film production companies, that would grant productions with budgets exceeding $1M a refundable income tax credit of up to 25% and would help the state compete with other havens for feature film production like North Carolina, Louisiana, New York and Massachusetts.

Meanwhile, Connecticut is removing its incentives for motion picture feature productions to focus on TV production, which is more central to its production industry. Over the last few years, the state has been winding down its film production and prioritizing the smaller screen, allocating less than a quarter of its $96M annual fund to feature support in 2012.

Television and digital animation companies like ESPN, WWE and Blue Sky Studios however, can still recoup 30% of their in-state production costs. Legislators on both sides of the aisle believe they represent longer-term investment in the State economy compared to out-of-state film production companies that come and go.

These divergent efforts underway within New England reflect a debate happening across the country as many cash-strapped states re-think their film and TV tax incentives, and assess the true impact these enticements have on financial growth.

Is your hometown under the spell of Hollywood magic? Do tax breaks for film productions actually make an impact on small businesses and independent productions? Leave a comment or tell us on Twitter about celebrity sightings, your thoughts on tax incentives, and stories of past films that were shot in the region.

Is your hometown under the spell of Hollywood magic? Do tax breaks for film productions actually make an impact on small businesses and independent productions? Leave a comment or tell us on Twitter about celebrity sightings, your thoughts on tax incentives, and stories of past films that were shot in the region.