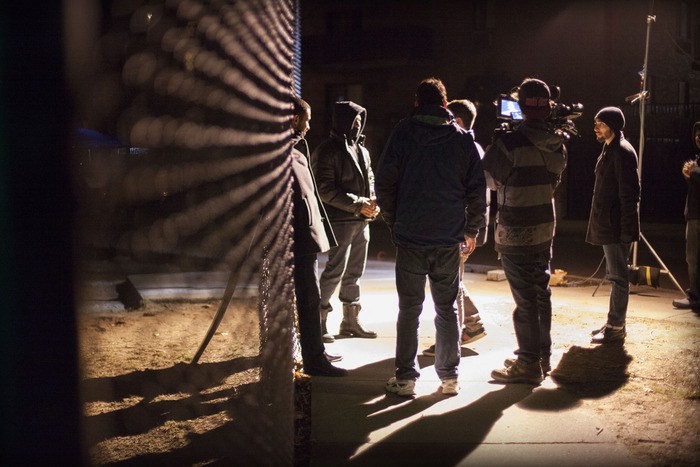 Share
Every month, NewEnglandFilm.com is highlighting exciting new local film projects looking for funding on Kickstarter. This month, consider lending a hand to BU student Jake Bann for his thesis and passion project: a drama of gangs and social workers. To feature your film in this series, e-mail editor@newenglandfilm.com with information on your film and Kickstarter campaign.

Boston University student Jake Bann is looking for Kickstarter support for the film Deterrence, his thesis and ‘the passion project of a few visionaries with a story to tell.’ Written and directed by Bann, the drama focuses on a social worker and his efforts to protect a young man in Roxbury, Massachusetts ‘from the throes of a gang before his impending court date.’ The filmmakers behind the project also include producer Justin Wiemer, director of photography Jeremy Hartman, and actors Michael Turtle and Jared Brown.

The film is currently in post-production. The filmmakers are hoping to raise $3,000 to cover the production and marketing costs as well as submissions for upcoming film festivals. They’ve made great progress so far, and have already raised over $2,000. As they write on their Kickstarter page, they’re “aiming high because we believe in our story.” The film will debut for the Boston University Film & Television department on May 17th.

To learn more, watch a short video about the project, and donate, visit the Kickstarter Page. The deadline is Friday, May 17th at 9:22 pm.