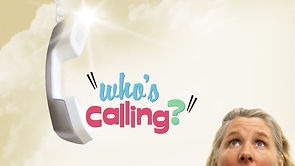 Recap: Most Popular NewEnglandFilm.com Stories of 2012

Share
Here's a recap of NewEnglandFilm.com's 15 most popular stories from 2012 and five stories from the archives with the most views.

Boston Casting: Ensemble Casting At Its Best
When Angela Peri began her casting company in 1991, she named it Boston Casting because she wanted it to be bigger than herself. Today she has achieved this feat by pulling together a diverse team to become a force to be reckoned with in the casting community.

Digieffects: Making Damage & Delirium a Good Thing
People think it’s always sunny and warm here in Los Angeles, but I like to point out that we have four distinct seasons: fire, mudslides, riots and earthquakes. If one needed to represent L.A.’s seasons in a movie, Digieffects would be a go-to tool to get the job done.

Gorilla 5: All-In-One Movie Scheduling and Budgeting Software
Gorilla 5 is one of the few programs out there that integrates both pre-production and production elements — but does it live up to its promise?

Adults Only: A Web Series Come True
From comic books to web-series, Jason Burns & Plymouth Rock Creative are proving “you’re only limited by the parameters you set for yourself.”

iFilmmakers: Are Smartphones the Next Step in Filmmaking?
With new technological advances hitting the globe every day, it seems only fitting that filmmakers would benefit from cellphones turned HD cameras. But is it really worth all the hype? Find out from two filmmakers who have taken the plunge.

Opening Credits: Who, What, Where, When and Why
Opening credits are a functional as well as creative part of movies. Telling the audience who is in the movie, as well as other known talent such as writers, directors and composers, sets the stage for what’s to come. Check out an example here.

Welcome to Lee, Maine: A Small Town’s Huge Loss
Perna Content, a production and marketing company based in Portland, Maine, has announced the release of a new documentary film, Welcome to Lee Maine, directed by Bill Perna.

Ask the Screenplay Doctor: Tips for Good Dialogue
One of the foundations of a good screenplay is great dialogue. Screenplay expert Susan Kouguell gives you her top ten tips for writing the best dialogue.

Five from Past Years

Learning from Classic Movie Poster Design
When considering how to design an effective movie poster, photographer Michael Jones suggests taking a close look at the classics.

Buying and Selling the Rights to Adapt a Film
In the second of a two-part series on adaptation, Kate Fitzgerald provides information about negotiating rights from the point of view of a filmmaker and a writer. (Last month, she offered advice on how to shape a screenplay based on a book.)