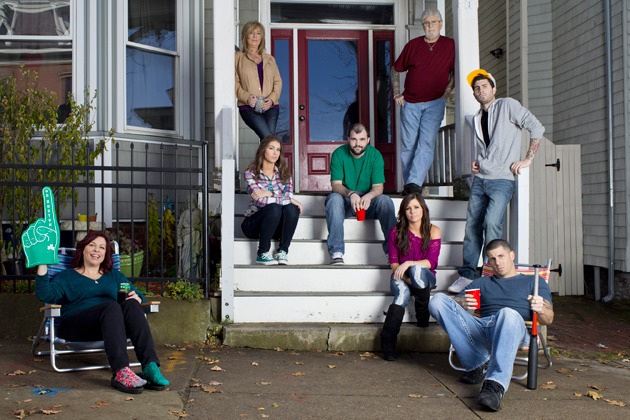 Share
For 2013, choose to ring in the new year with Lena Dunham or Charlie Chaplain! Check out the news for local films, upcoming festivals, and filmmaker opportunities. To submit news, e-mail news@newenglandfilm.com.

Filmmaker Jason Mann will give a Q&A after a screening of his documentary Betting the Farm (co-directed with Cecily Pingree) at the Brattle Theatre on January 14th at 7:00 pm. The film follows a group of dairy farmers in Maine. The screening is part of the DocYard series. For more details, visit the Brattle’s website.

Mother and daughter Laurie Simmons and Lena Dunham are at Boston’s Museum of Fine Arts on February 6th at 6:30 pm, following a screening of Dunham’s film Tiny Furniture. The film will also screen on February 9th. For tickets and more information, click here.

The Grand Theater in Ellsworth, Maine presents a screening of Charlie Chaplin’s The Gold Rush with live accompaniment on January 25th at 7:00 pm. The Eastern Maine Pops Orchestra for Young Musicians will perform. Click here for more details.

Two films from Israel won the Audience Awards at the recent Boston Jewish Film Festival: the feature Melting Away and the documentary Hitler’s Children. For more about these films and the festival, visit bjff.org.

South Boston will be in the spotlight this month on A&E’s new show Southie Rules, produced by Somerville’s Powderhouse Productions. Learn more on A&E’s http://www.aetv.com/southie-rules/ >website and catch the premiere at 10:00 pm on January 29th.