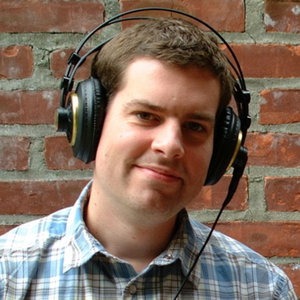 A Voice Heard Around the World: An Interview with Voice-Over Artist and Audio Producer Brett Barry

Share
Voice-Over Artist and Audio Producer Brett Barry gives a candid look at the profession he’s chosen and explains why you have to love what you do.

Unpredictability and uncertainty are something we must all deal with in life, but for those in the entertainment industry, it is something akin to a shadow. Where many burn out running away from this foe, voice-over artist and audio producer Brett Barry has met the challenge head on. The New York native has learned that in order to survive in a continually shifting industry, one has to constantly reinvent his or herself.

Barry, who started in documentary film production, found his true passion in voice-over performance. Refusing to be beaten by the precariousness of a performance profession, he trained with voice-over performers and coaches in New York City, eventually gaining representation by the Abrams Artist Agency. He is now the voice of Zee Café, one of the largest English language television networks in India.

To diversify his career, he delved into audio production and established his own production company, Silver Hollow Audio. He continues to reinvent himself and is currently working on a Master’s degree from Syracuse University in order to be able to continue teaching and sharing what he has learned and what he enjoys with others. Barry has graciously agreed to share some of this and discuss the struggles he has faced over the years in doing the work he loves.

K.Correia: You started out as a documentary filmmaker, what do you see as the crossover application between that and the work you are doing now?

Brett Barry: We were doing digital editing of documentary footage so those skills are useful. I also learned a lot about voice-over, casting, recording, and some audio editing with the documentary production company that I was with, so I was able to carry that over.

KC: How did you switch gears from documentary filmmaking to audio production and voice-over artistry?

Barry: They had me do a lot of the scratch tracks at the documentary company. I would record a rough script that they could edit to and then they would replace my voice with the real guy later on. I realized that I really enjoyed that part of it even though I wasn’t getting paid for it and that I would like to do that as a career. I left the company and started training in voice-overs.

KC: How did you go about establishing your own audio production company, Silver Hollow Audio?

Barry: My family and I moved from New York City to the Catskill Mountains about seven years ago. When we did that, we decided to build a studio into the house so that I could continue doing a lot of my work without having to go into the city all of the time. At the same time we launched Silver Hollow Audio, a small production company that specializes in voice-overs and audio books. We produce for other companies, but we also publish at least a book a year under our own label. These tend to be nature classics. Our latest was My First Summer in the Sierra by John Muir.

KC: What are some of the struggles you’ve faced as a voice-over artist and an audio producer?

Barry: Just the unpredictability aspect. With voice-overs in particular, it is a form of acting, so there is nothing really to rely on. It’s another reason we created our own company, so that we could generate our own work rather than sit by the phone and wait for the agent to call.
Getting the work has always been the biggest struggle, once you have it that’s usually not the hard part. The hard part is making sure you have enough lined up into the future that you don’t have to worry about finances. Some years are great; some years are more of a struggle so you have to be creative about stashing away the money from the good years because you never know what’s around the bend. The industry is always changing.

KC: What type of work makes up a good year?

Barry: If I can lock into one or two national commercials, that’s great, but it doesn’t insure anything. I’ve had some national spots that have aired twice and you get paid when they air so that was it. I thought that it was going to be great, but it turned out disappointing. You just never know. You can record something in the studio and it might never go to air or you might record some smaller regional spot and they might play it over and over again for months and you keep getting those residual checks. It’s all very unpredictable.

KC: How did your association with Zee Cafe & Z Studio come about?

Barry: I had my name listed on an obscure voice-over site, which I didn’t even know about. This Indian producer found me on there and contacted me, which is amazing considering some of the information was outdated. I auditioned for them and I’ve been the voice of Zee Cafe & Z Studio for a year and half now.

KC: Do you have any regrets about the profession you’ve chosen?

Barry: No. I don’t want to leave voice-overs. I don’t want to leave audio production. Part of the reason I’m working on my Master’s degree is so that I can teach more. I like teaching what I do to others and I like working with students. It’s a way to get something a little more stable in my life that would take away some of the worries that go along with the performance industry.

KC: What is some of the advice you would give to someone trying to get into audio production or voice-over work?

Barry: Well, they are two different things. If you are getting into audio production, go learn it. Intern with production studios and work your way into it going that route.
With voice-overs, it has little to do with the quality of your voice and more to do with how you use your voice. Any kind of acting classes, improv classes, theatre, are useful. Voice-overs, you have to really love it. Don’t do it because people say you might make a lot of money in it. You may make a lot of money in anything. Don’t do it for the wrong reasons. If you really love performance and you don’t mind the worries that go with it, then go for it.

For a Sample and to Learn more of Brett Barry’s Work as a Voice-Over Artist and Audio Producer Visit: brettsvoice.com and silverhollowaudio.com.

Related Article: How to Be a… Sound Designer

For a Sample and to Learn more of Brett Barry’s Work as a Voice-Over Artist and Audio Producer Visit: brettsvoice.com and silverhollowaudio.com.