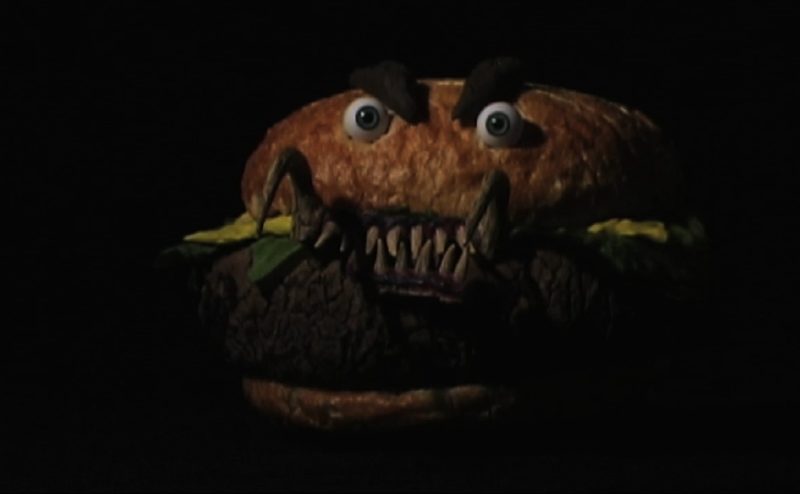 Share
The NewEnglandFilm.com Festival brings together filmmakers from all over New England, with all different styles and stories to tell. Every week, we will be publishing interviews with new festival filmmakers. This week, hear from Paul Villanova about his tale of a dieting nightmare, Grudge Match.

“Talking Sausages. Flying nachos. Evil burgers.” What can happen to you when your diet starts to bite back? Boston filmmaker Paul Villanova tells the story with his colorful tale of flying food, Grudge Match.

Alli Rock: What inspired you to create this film?

Paul Villanova: Back in early 2011, I started trying to lose weight by eating better and exercising. The fact that I have the food preferences of an eight year old made this a less than smooth process. I would stare at carrot sticks with untold contempt. During a Super Bowl party that year I was literally weighing my chicken wings by the ounce to make sure I did not go over my daily allowance of calories. That situation was so absurd it had to go into a movie.

AR: I love the blend of realism and fantastical stop motion animation; what made you decide to tell the story that way?

Villanova: I went to undergrad at Ithaca College with a very talented stop motion artist, Elliott Kaffee. From the beginning, I knew the food had to talk to Mike, but I was thinking about attaching fishhooks to a burger to try and make it talk in real time. I happened to talk to Elliott on the phone when I was in pre-production and realized that stop motion was a much, much better way to go. The animation takes those sequences beyond being a simple gag and injects a little bit of movie magic into the viewing experience.

AR: What challenges/benefits did it bring?

Villanova: The challenges of integrating stop motion and live action are numerous. The live action was shot in Massachusetts, but the stop motion was done in Chicago. A very careful coordination of props was necessary; for example, the table of food that the sausages and nachos animate from had to be exactly replicated in the studio. Add to that the concerns of matching lighting, and mixing formats (live action was shot on film, stop motion was shot on video) and it was a lot to deal with. But the benefits are all up on the screen; the animated food adds a great deal of value to the film.

AR: How has living and working in New England affected who you are as a filmmaker?

Villanova: In terms of style, New Englanders tend to have a great self-deprecating sense of humor. Growing up in the Boston area, I learned early on that it was a lot easier to laugh at the problems in my life than to mope about them. It’s more fun, too. That’s what Grudge Match is; it’s just me making fun of myself. In terms of production, there are endless pools of talented crew, wonderful actors and great locations all over New England. That alone makes my job a whole lot easier.

AR: How was your experience at the Boston International Film Festival?

Villanova: The Boston International Film Festival was a great experience. I met other filmmakers, saw other great films, and got to interact with an audience after my film screened. Simply being able to go to the Loews on Boston Common and see my own work on the big screen was one of the greatest moments of my life as a filmmaker.

Grudge Match is screening as a part of the NewEnglandFilm.com Festival from Sept 1 through October 15. Check it out here.

Grudge Match is screening as a part of the NewEnglandFilm.com Festival from Sept 1 through October 15. Check it out here.