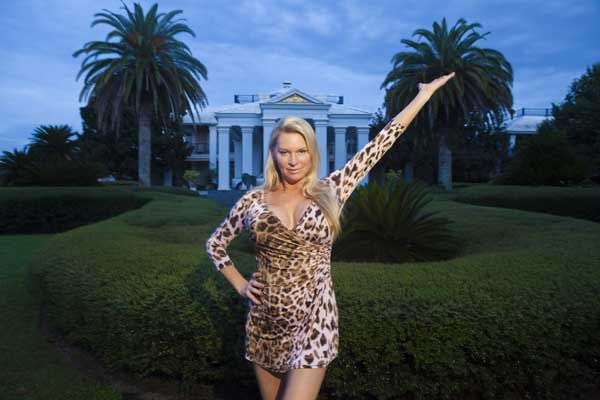 Share
New England abounds with festivals this month, from the Rhode Island International Film Festival to the Woods Hole Film Festival to Kahbang 2012. Check out the news for local films, upcoming festivals, and filmmaker opportunities. To submit news, e-mail news@newenglandfilm.com.

The Woods Hole Film Festival continues through August 4th on Cape Cod. Festival passes and ticket packages are available. Lauren Greenfield, director of the new documentary The Queen of Versailles, will be the 2012 Filmmaker in Residence. For a full schedule, click here. To read our interview with festival founder Judy Laster, click here.

Made in Connecticut, the film Rising Star will premiere at the Connecticut Science Center on August 3rd starting with a red carpet reception at 6:00 pm. A Q&A with writer/director Marty Lang and other members of the cast and crew will follow the screening. For tickets, click here.

Providence, Rhode Island hosts Movies on the Block Thursdays this summer. Films screen at the corner of Westminster Street and Union Street starting at dusk; movies are free. Watch It’s a Mad Mad Mad Mad World on August 2nd, Best in Show on August 9th, The Shawshank Redemption on August 16th, The Godfather Part 2 on August 23rd, and Old School on August 30th. Learn more at their Facebook page.

The Boston Harbor Hotel also presents outdoor movies through the end of this month. Check out The Princess Bride on August 3rd, Moonstruck on August 10th, Planes, Trains & Automobiles on August 17th, Dirty Dancing on August 24th, and Roxanne on August 31st. The series is free and open to the public. To learn more, click here.

The LEF Foundation has announced the recipients of this year’s development fund grants. Seven grants totaling $35,000 were awarded as part of the LEF Moving Image Fund. For the list of recipients, visit the LEF website.

Massachusetts native Steve Carell has returned to his home state to film the upcoming feature The Way, Way Back. The film is written and directed by Nat Faxon (also from Massachusetts) and Jim Rash, recent Oscar winners for adapting the screenplay of The Descendants. Filming locations have included Marshfield and Wareham. To read more from the Massachusetts Film Office, click here.

Writer/director Kyle Turgeon will begin shooting his short film Figments of a Father in New Hampshire this month. The Peterborough native is a graduate of the Tisch School of the Arts at NYU. For more about the film and its Kickstarter campaign, visit figmentsofafather.com.

It’s not too late to submit to the New Hampshire Film Festival! Late deadline for a variety of categories is August 5th. Click here for more information.

Submit now to this fall’s Portland Maine Film Festival. Filmmakers can submit to Features, Shorts, Made in Maine, or One Minute Cell Phone Video. Extended deadline is August 10th. Learn more at portlandmainefilmfest.com.

The 48 Hour Film Project makes its way through New England this summer. The short film contest will be in Maine this month. To register, visit 48hourfilm.com.