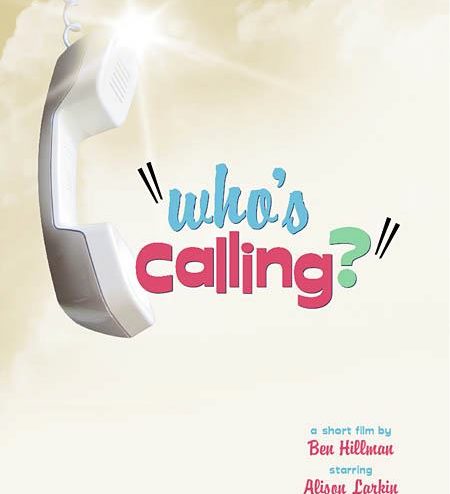 iFilmmakers: Are Smartphones the Next Step in Filmmaking?

Share
With new technological advances hitting the globe every day, it seems only fitting that filmmakers would benefit from cellphones turned HD cameras. But is it really worth all the hype? Find out from two filmmakers who have taken the plunge.

For the average consumer, the choice between a Smartphone and a Camcorder really comes down to price and convenience. Camcorders are now made small enough to fit in the palm of one’s hand, but Smartphones can fit in your pocket. Not only can they fit in your pocket, they can search the internet, play music, text, set up appointments, and even make calls. Camcorders tend to be less expensive and offer good quality resolution, as well as better memory and more detailed recording features. But the consumer may feel they are getting more bang for their buck with a multi-tasking Smartphone, especially when combined with a good data plan and service agreement from a decent wireless carrier.

Both devices are suitable for the consumer who just wants to shoot the occasional family video or random YouTube worthy moment. But what of the consumer who is truly an amateur or professional filmmaker, where do Smartphones sit with them? Is there a future in Smartphone filmmaking?

Recently, the Berkshire International Film Festival and the Beacon Cinema decided to find out, joining together for the Berkshires’ first ever Smartphone Film Festival. As part of the 10×10 on North Contemporary Winter Arts Festival in Pittsfield, MA, the festival showcased the work of local filmmakers using iPhone, iPad, and various apps to create short films of ten minutes in length or less in a variety of different genres.

The goal of the Festival was not only to showcase the work of local filmmakers and promote the collaboration between the Festival and the iPhone Film Festival (IFF). It was also to create interest in this emerging art form and draw attention to those individuals willing to take filmmaking to another level with this relatively new technology. Two such local filmmakers approached to participate in this momentous festival were Ben Hillman, filmmaker and founder of Ben Hillman & Company, and Kevin Sprague, Owner and Creative Director of Studio Two.

Both Hillman’s short “Who’s Calling?” and Sprague’s short “The Weight of Light” were filmed using iPhone 4s. While Hillman used an “almost DSLR” app and edited in Adobe Premiere, Sprague opted for the Filmic Pro app and used Final Cut Pro for editing. Looking back at their experience as Smartphone filmmakers, they each had both similar and distinct views on using a Smartphone, which they were happy to share.

K. Correia: Did you feel like you had any limitations or advantages with regards to the mobility of an iPhone versus a regular camera?

Ben Hillman: We were fortunate to have Richard Sands as Director of Photography. I’ve worked with him many times before. He clamped the iPhone to his tripod and used it like any other camera, although it did look funny having this tiny little thing sitting on top of his industrial-strength tripod.

Kevin Sprague: I created a rig where I could pair my Canon 5dMKII with a 50MM lens in parallel with my iPhone — I believe that good video is stable video, so the majority of the film was shot using a tripod, with a few handheld or shoulder-mounted shots. Considering the effort of getting the talent, writing the script, scheduling the shoot, etc. I wanted to back myself up with the Canon in case the iPhone failed to deliver. I shot the majority of the film with this 2-camera system.

KC: Did you have any audio issues with the iPhone and if so, how did you compensate?

Sprague: The iPhone is very limited in terms of the audio it captures, so in most cases I pulled audio from the Canon where I was using a wireless microphone system on either a lavaliere or shotgun microphone, but in some cases where there was no wind noise the iPhone audio is useable. I would say the audio is the most limiting issue.

KC: Did the battery life of the iPhone affect the scheduling or process of your filming?

Hillman: Yes. Battery life or death became a problem several times during the shoot. Later on we had 2 iPhones to switch back and forth.

Sprague: Nope. It held up for a full day of shooting and I think I recharged it once during lunch break.

KC: Will you continue to use the iPhone and relative apps to create films?

Hillman: Given a choice, no. Considering what it is, though, the picture quality of HD movies shot with an iPhone is unbelievable.

Sprague: I am playing with it. I certainly am much more likely to pull out my iPhone and rely on the video it can shoot than I expected to be.

While the evolution of the film camera has come a long way over the last 100 years, it remains to be seen whether or not Smartphones will be the wave of the future for professional filmmakers. For the amateur filmmaker on the other hand, Smartphones offer mobility, accessibility, and with the right plan, affordability.

It all truly comes down to the preference of the individual filmmaker and the type of product he or she is trying to produce, whether it be a documentary and/or feature film, or just that “I can’t believe what I’m seeing, I’ve got to pull my phone out and record this moment” video.

Curious? Check out Ben Hillman’s short “Who’s Calling” and Kevin Sprague’s “The Weight of Light” for yourself. Share your opinions on smartphone filmmaking in the comments section.

Curious? Check out Ben Hillman’s short “Who’s Calling” and Kevin Sprague’s “The Weight of Light” for yourself. Share your opinions on smartphone filmmaking in the comments section.