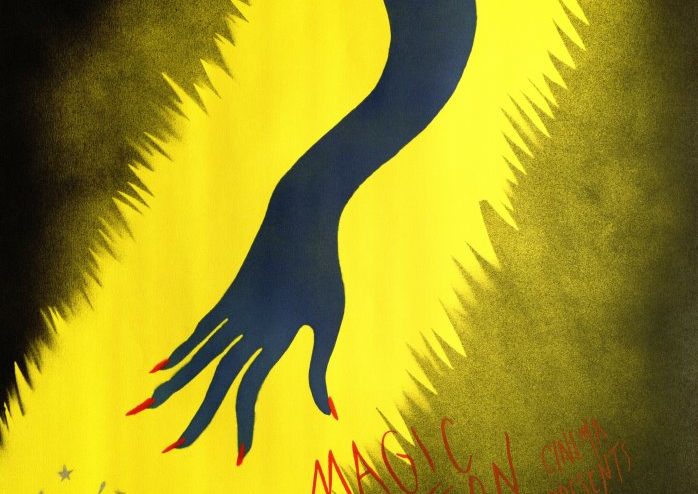 Rediscovering Cinema at the Magic Lantern

Share
This may be the era of the big budget blockbuster, but there are some places in New England where you can find a very different kind of cinematic experience. A new season of The Magic Lantern experimental film series begins soon at the Cable Car Cinema in Providence.

The Magic Lantern Cinema, an experimental film and video series, will begin a new season this February with a screening in the Providence French Film Festival. Founded in 2004, the curated series screens an eclectic offering of rarely seen film and video works. Many of the films projected at the Magic Lantern eschew plot, character, dialogue and other conventions for a more experimental engagement with the medium that blurs the line between fine art and cinema. The average filmgoer may be taken aback by this kind of filmmaking initially, but the open-minded will be pleasantly surprised by the series, held at the charming Providence singleplex, Cable Car Cinema.

The upcoming show, Le Spectacle des ÉLÉMENTS, showcases a series of French experimental films from a range of artists that all explore “a cinematic encounter with those substances once held to comprise the fundamental components of the natural world — earth, water, air, & fire.” However, rather than build out a definitive thesis, the intention of a Magic Lantern screening is to pull out an idea and let it unfold in as many ways as possible. To this end, the series typically screens a medley of short films rather than longer features or retrospectives of a singular filmmaker. The multiple impressions gleaned from the films are meant to be as diffuse as if each film were refracted through the others, forming a kind of mosaic.

Even the experience of the screening itself is marked by its looseness and relaxed atmosphere. Co-curator Paige Sarlin, a graduate student in Brown University’s Modern Culture & Media Department, remarked that she and her co-curators find a certain roughness to the show attractive. “There’s never been a seamless, seamless show, but we kind of like that,” she said. Although this has changed recently, “generally what we’ve always shown is single pieces by themselves so we would have to rethread the projector so it gives a lot of time between films and it’s been really nice because people talk, they talk about the piece or whatever they want to.”

There are plenty of opportunities for chatter throughout the screening, as it pauses intermittently to migrate between various formats, ranging from grainy VHS tapes to pristine 35mm prints. Some are old and can be temperamental. Produced well beyond the periphery of the commercial filmmaking industry, these films probably aren’t available at your local rental store or on your Netflix cue. To obtain the films, the curators call upon a network of boutique distribution houses and archives, including Canyon Cinema in San Francisco, Filmmakers’ Co-Op in New York, Video Data Bank in Chicago, and Light Cone in Paris.

The Magic Lantern is one of the few experimental film screenings that pays the artists, four dollars per minute, to show their work. It may not be much, but founder Ben Russell believed this was an important contribution for an art form that has little commercial viability. To make this possible, the screening relies on funding from several grants and donors including its primary funder, The Malcom S. Forbes Center for Modern Culture & Media at Brown University. However, the screening also brings in money through admissions prices and sales of posters, which are made by a different local artist for each screening. Established by Russell as a way of diverting money away from the grant organizations and into the Providence printing community, the Magic Lantern’s poster project may be its most recognizable feature. “I think it’s our main source of advertising for the show,” Doyle said. “I think it’s what draws people in and what we rely on most to get a crowd and I think it’s nice to have the collaboration with local artists… The interpretation of the theme within the image gets people excited even before they know anything about the content of the show.”

The fall 2011 season of The Magic Lantern Cinema closed with an installment entitled The Lost And Found Show, a line-up of short films that explore the practice of using found footage and archival materials in original works. The program was curated by Paige Sarlin and Josh Guilford, a fellow graduate student in Brown University’s Modern Culture & Media department, and Colleen Doyle, the department’s film archivist. Although the Magic Lantern has been co-curated in the past, the three agreed this was the first time a team has truly worked together throughout the entire process of putting on the show.

In gathering films for the show, the team intended to present an alternate perspective of found footage and to meditate on the undercurrent of loss implicit to the medium. “We didn’t want to do something that was typical to the way this genre is represented so we started thinking about different ways to twist that theme,” Guilford said. “And we started thinking about how found footage really depends on loss…and [tried to] find different films that would speak to aspects of loss, would be exploring different iterations of loss or that are about finding lost objects.”

One of Sarlin’s contributions, “The Subconscious Art of Graffiti Removal,” a short film by Matt McCormick, set the tone early in the screening. A tongue-in-cheek homage to art criticism, the film memorializes lost graffiti art as it subtly critiques the bureaucracies that censor and remove it. One particularly humorous sequence observes two city employees as they decide which color of dreary off-white to use to paint over the graffiti tags that cover a concrete wall. The application of the paint is careless and sloppy and it’s hard not to wonder whether the wall will look any better covered with ugly blotches of ‘Greek Villa’ ‘Frosty White’ or ‘Dove.’ Yet by playfully comparing the geometric blocks produced by the graffiti removers to the minimalist creations of famous 20th century artists like Rothko, Rauschenberg, and Malevich, the film turns the tables on artistic discourse, questioning our agency over artistic creation as well as the institutions that seek to define art and designate artistic spaces. The ghostly presence of the original graffiti provides an eerie commentary that is both comical and somber.

The theme of reappropriated lost items figured throughout the other films as well. Take, for instance, Bruce Checefesky’s “Béla,” based on an experimental film scenario by Hungarian Dada artist György Gerö, which he scripted but never filmed. “[Checefesky] takes early Eastern European works and scripts that haven’t actually been turned into films or that were never realized as films and he tries to create them,” Doyle explained of her selection. The film feels like a trip into long-dormant recesses of an artist’s imagination, and ultimately, the uncanny aura of the resurrected ideas elicits greater fascination than the actual content of those ideas themselves. This motif — the old relic transformed through rediscovery — underscored the entirety of the show.

In many ways, the Magic Lantern is inseparable from the Providence community that sustains it. Although the curators have experimented with traveling screenings to Chicago and New York, as well as outdoor and ad hoc venues in the city, the Cable Car Cinema still remains its home. “The whole point was to do this micro-cinema kind of screening, but to do it in an actual, operating movie theater…It’s a full-on cinema, it’s not makeshift in any way, [but it’s also] a kind of mom-and-pop shop. [This] was a big part of wanting to be able to screen in a context where it looks great and it’s really official.”

This kind of treatment is rare for experimental film, which is often relegated to gallery spaces or academic settings. The Magic Lantern strikes a balance between refinement and homespun authenticity that recalls cinema’s nickelodeon roots — the feeling of closeness among the audience, the projector beam hovering just above their heads, the steady hum of the film passing through the gate. One wonders if this is how movies felt in the early days, when audiences marveled at the worlds opening before them on the screen. Experimental film returns attention to the medium itself, bringing into focus its ability to preserve what has been lost, to bring the past to life. If good old-fashioned cinema has been lost, you can certainly find it again at the Magic Lantern.