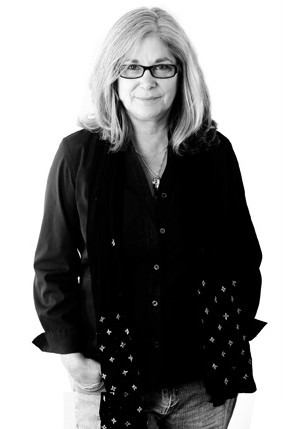 In the Casting Chair: Carolyn Pickman

Casting a Martin Scorsese film isn’t just about the look, it’s about the sound. If you listen to his movies, you’ll here that “the sound of his films is uniform,” says casting director Carolyn Pickman. She would know; she and Scorsese’s long time casting coordinator Ellen Lewis are responsible for the uniform sound you here in both The Departed and Shutter Island. “I need to know how his characters talk,” she says, so she can make that special sound happen in an audition, ensuring that all the roles she’s helping to cast are in that same Scorsese world. In the casting business since the 1980s, Carolyn Pickman has a well-trained ear and an understanding of the nuances of acting that has helped earn her work with everyone from Martin Scorsese to Ricky Gervais. An actor at heart, Pickman’s past has helped make her the sought-out casting director she is today.

Carolyn Pickman started out as an actor, working in both theater and independent films along with her friend Patty Collinge. Early on, Collinge, and then Pickman, worked with the Theatre Company of Boston. Its director David Wheeler became famous for the work he did with fledgling actors like Paul Benedict, Al Pacino, Larry Bryggman and Blythe Danner. The Theatre Company of Boston became a touchstone not for flying scenery or turntable sets, but for the often heartbreaking, exciting, human performances under Wheeler’s direction, which set all of those actors on paths to success. Pickman and Collinge learned from the best.

Their work at the Theatre Company and as local public school teachers put them in touch with Jan Egleson, a fellow Theatre Company member, as well as a director, filmmaker, actor and instructor in the film department at Boston University. When he was looking to cast an independent film project, Pickman and Collinge were in a position to help him find what he needed. Once word of their involvement in what turned into a respected trilogy of films got out, others asked for their help with casting commercials and film projects and so Collinge-Pickman Casting was born. With a growing resume, including a Jordan Marsh commercial that ended up winning a Clio award, Collinge-Pickman made it onto the New England casting map.

Because of their theatrical backgrounds Pickman and Collinge felt they understood what good acting was, were open to what the actor could bring as well as to the process of acting and had a genuine respect for actors. “No one could tell us anything different then,” Pickman says, almost laughing at her younger self. “Our expectations were high.” Film work in New England was pretty rare when Collinge-Pickman first opened their doors. They felt, due to their own combination of film and stage experience, they could help New England’s theatrical actors to understand how to put themselves in the film frame. They worked to help their actors both with the technical aspects of film acting, and with the dramatic — reeling them in from the range needed for a stage to the more intimate space of the film. Pickman is especially proud of the time she and Collinge spent in audition sessions early on, educating actors in the requirements of film acting.

Several years into it, Patty Collinge opted for a career in psychology. Collinge-Pickman casting became a solo act for Carolyn Pickman, and the company became CP Casting. Pickman moved from Cambridge to her present location in the Boston Center for the Arts building in Boston’s South End, with Matt Bouldry joining as Pickman’s long-time assistant in casting. She has expanded those original lessons imparted in auditions into a full roster of courses offered at CP Casting. She also instructs students at Emerson College and Suffolk University in both acting and the business aspects involved in acting for films.

Pickman has a long roster of projects including over 50 feature films, numerous commercials, television projects and corporate films. She attributes her success to several factors. She likes actors and enjoys working with them. She also has great appreciation for what she learned early on from her associations with other established Casting Directors such as Deb Aquila, (The Good Son) , Jane Jenkens and Janet Hirshenson whom she worked with on Mystic Pizza and other projects, and Phyllis Huffman, a long-time casting collaborator with Clint Eastwood projects. Working with and listening to more experienced people paid off. Her work ethic and process as well as the talent she’s able to produce, help make her a casting director in demand when films from out of state come to Boston. She’s also managed to acquire a number of repeat clients; Egleson, Oz, Eastwood, Scorsese, Mamet, PBS, Paramount Pictures and Walt Disney Productions are all in that group.

Pickman tries to keep the interests of both her clients and her actors in mind. She understands that actors don’t necessarily like being “type-cast,” but as she explains it, unless an actor is a star, or has an established credibility at being versatile, typecasting is expedient. If she’s built a relationship of trust with a director, such as that with Ben Affleck, (The Town, Gone Baby Gone) she will try to get the director to think outside of the box and not opt for the stereotypical choice. For Affleck’s films, she often draws on local, inexperienced actors, coupled with seasoned pros. It helps create the authenticity of the New England world Ben Affleck (a home-town boy himself) loves and is striving for. She appreciates directors like Affleck who are open to such creative thinking, but she knows she must be certain that her creativity is welcome. Pickman says that “actors should know their type” and that “the sad truth is that the type changes, usually, only with age.” Though she says that, one believes that her faith in actors is not always so cut and dry. When one glances around her South End waiting room, many of the same actors can be found auditioning for a role one day which requires different qualities than that of their last casting session at CP.

Pickman is ultimately a listener and a teacher above and beyond her role as a casting director. In an audition, she often asks actors to make adjustments in order to help them reach the interpretation of the lines or character that she knows the director is looking for. She’s also listening to hear how facile and capable the actor is. Though she understands that, ultimately, most clients are looking for typecasting, in a preliminary audition she is often looking to see what the actor can do. “Time is money” and if the actor can listen, make adjustments, and hear what’s being asked of him or her, it means that when the director makes a similar request on the set, or when the writer changes the script in the midst of shooting, Pickman can trust that the actor she’s suggesting has the ability to accommodate the changes asked for.

Carolyn Pickman has been carefully listening and learning all these years, first from her fellow actors and later from some of the greatest directors there are. Now as a highly respected New England casting director, she listens to her actors, looking for that tone and for that willingness to listen back. If they do listen to her, they might just land a career-making role in the next Hollywood film to come through town.

To learn more about CP Casting, visit their website at www.cpcasting.com/.

Related Article: Fishing for Talent: How to Be a… Casting Director

To learn more about CP Casting, visit their website at www.cpcasting.com/.