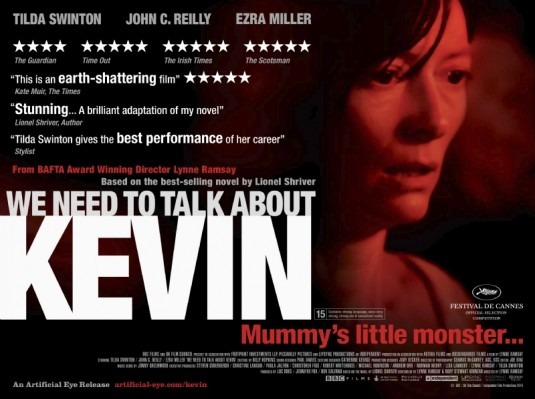 Share
Looking for something spooky to do this October? Catch a film at the Rhode Island International Horror Film Festival, or head to Charlestown to try and catch a glimpse of the R.I.P.D. film set. Read on for opportunities, industry buzz and happenings in the local industry. To submit news, e-mail news@newenglandfilm.com.

The 3rd Annual Online New England Film Festival wraps up this month on October 15. Films in each category that receive the highest views will win the audience awards. For more information and to watch the films, see http://newenglandfilm.com/festival.

The Camden International Film Festival continues through October 2nd in Camden, Rockport, and Rockland, Maine. Special events include the Points North Documentary Film Forum, which concludes with the Points North Pitch, an opportunity for filmmakers to pitch projects they’re working on. Festival passes are available. Learn more at http://camdenfilmfest.org/.

The New Hampshire Film Festival runs October 13–16. Highlights include filmmaker Q&As, workshops, and New Hampshire Night. NewEnglandFilm.com Founder Michele Meek will be moderating a panel at the festival – check back soon for details. For a full schedule and more details, visit http://www.nhfilmfestival.com/.

Get animated and check out 99.5 All Classical’s 13th annual All Classical Cartoon Festival on October 29th from 10 am to 4 pm at Boston’s Symphony Hall. The family event will feature Warner Brothers cartoons, music, and storytelling. Visit http://www.wgbh.org/995/cartoonfest.cfm for tickets and to learn more.

Check out the Silk City Flick Fest in Hartford, Connecticut from October 13–16. Check http://www.silkcityflickfest.com/ for updates.

The Coolidge Corner Theatre hosts “Meet Me at the Coolidge” on October 11th at 10 am. In partnership with ARTZ (Artists for Alzheimer’s), the program of film clips and audience discussion is designed for those with memory loss. Admission and snacks are free with RSVP. Learn more at http://www.coolidge.org/content/meet-me-coolidge.

Celebrate the Williamstown Film Festival October 21–30. Highlights include an opening night screening of The Lie and the East Coast premiere of We Need to Talk About Kevin. Learn more at http://www.williamstownfilmfest.com/.

The Boston Palestine Film Festival runs October 21–30. Screenings include Miral, The Time that Remains, and Love During Wartime. Visit http://www.bostonpalestinefilmfest.org/ for more details.

The New England Festival of Ibero American Cinema continues this month through October 9th. Films will screen at several locations in New England and the festival includes special events and discussions. Visit http://www.nefiac.com/ to learn more.

Production has begun in Massachusetts on the upcoming feature R.I.P.D. Stars Ryan Reynolds, Jeff Bridges, and Kevin Bacon have been spotted in Charlestown, reports the Boston Globe ( http://articles.boston.com/2011-09-16/news/30165904_1_filming-celebrity-sighting-ryan-reynolds).

Shot in Connecticut, We Need to Talk About Kevin makes its East Coast premiere at the Williamstown Film Festival this month (see Happenings above for more information). The feature film is an adaptation of Lionel Shriver’s bestselling novel and stars Tilda Swinton.

Submissions are currently being accepted for the Connecticut Cinematic Celebration. Filmmakers who have written, produced, or shot short films in Connecticut are encouraged to apply. Deadline to apply is October 5th. Call (860) 295-0433 or e-mail chi@chicreativeconsulting.com for more details.

Providence, Rhode Island’s The Rhode Show will hold a live casting call audition for a new co-host on October 6th from 9 am to 2 pm at Twin River Casino. Auditions will be limited to the first 100 people. Video submissions are also accepted. For more information, visit http://www.foxprovidence.com/dpp/contests/contest_22/are-you-televisions-next-superstar.

The WAM!Boston Film Festival is seeking entries for next spring’s event. Female filmmakers with stories about women are encouraged to apply. Submission deadline is November 1st. For official rules and more information, go to http://www.womenactionmedia.org/2011/08/23/submit-to-the-2012-wamboston-film-festival/.

The Maine Jewish Film Festival is currently accepting submissions for next spring’s event. Films are free to submit; the deadline is November 15th. Learn more at http://www.mjff.org/submissions.

The Green Mountain Film Festival is now accepting submissions for its Margot George Short Film Competition. Films must be under 10 minutes and celebrate “Vermont’s historical and culturally significant places.” Submission deadline is December 1st. For official rules and to submit a film, visit http://www.greenmountainfilmfestival.org/.

Register now for ProductionCONN 2011, a two-day media and video event in Cromwell, Connecticut. The conference will feature exhibitions and workshops on November 30th and December 1st. For more information and to sign up, visit http://productionconn.com/.