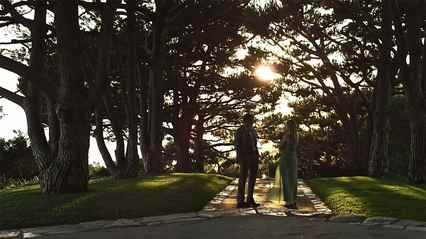 Share
As the only qualifying festival in New England for the Academy Awards, the Rhode Island International Film Festival serves up a selection of some of the best short films from around the world. Here's a sampling from this years fest coming August 9-14 -- you never know, you could be watching an Oscar winner...

In its 15th year, the Rhode Island International Film Festival (RIIFF) will bring 195 films to the Ocean State on August 9 to 14, a few dozen of which will be short films. As New England’s only Academy Award-qualifying festival, RIIFF has been part of the discovery ground for numerous Academy Award short film winners and nominees. Here’s a few of the shorts from around the world that will be screened at this year’s festival in the coming weeks– you never know, you could be watching the next Oscar winner…

God and Vodka is the story of a writer’s final attempt to capture the words and memories, both touching and comedic, of a relationship that ended all too soon. Evelyn and Ben grew up in a small Maryland town and have shared a quirky on-again, off-again relationship ever since their childhood years. They found interesting company in one another, most often in the belfry of her father’s church. It was there, and throughout their sleepy railroad town, where they forged a bond both expected to last a lifetime. Through the power of Evelyn’s written words, she pieces together the millions of moments they shared, while creating an entirely new scene – perhaps their last – that will bring them together for one more day.

Stanley never goes outside. He likes to play with his clockwork toys and every night his mother kisses him goodnight. Stanley is twenty. The trouble is that Stanley thinks this is all quite normal, until an encounter with a mysterious girl turns his world upside down…

Jannik is 39 years old and used to be a marathon runner, but is now tied down in a wheelchair for life. Jannik has planned his way out of his misery and the last thing he has to do is tell his older brother Morten goodbye. Even though Morten is a very irresponsible and lazy man, he surprisingly makes an effort to support his little brother in his own peculiar way. The bond of brotherhood emerges when they are both reminded of their childhood memories. A story about the unique bond of brotherhood inspired by director René Frelle Petersen’s own relationship to his brothers. Going Nowhere is a feelgood drama which tells the loving and bittersweet story of a friendship between two very different personalities only bound by blood and childhood memories. The characters Jannik and Morten are inspired by the three brothers Michael, Mogens and director René Frelle, who has explored his relationship to his brothers and found the path to a very difficult childhood, where they through thick and thin created a friendship that is still highly appreciated today. This exploration has been used by the director throughout the making of the film – from writing the script till directing the actors.

In the dead of night a troubled youth from an East London estate, Ray Marsden stalks into a hospital ward demanding to see the patient. The attendant Nurse, Lynne McDermott is sceptical about Ray’s motives but gradually uncovers the truth about his violent past and in so doing makes a startling discovery that will change both of their lives forever.

Antoine, a boy living in Northern France at the outbreak of World War II, defends the family home after his father is drafted to the Maginot Line. Fueled by precocious naivety, a rusty old cannon, and accomplices – war veteran Grandpa and imaginary friend Napoleon Bonaparte, Antoine discovers just what protecting his family really means.

Thatcher, a self-fashioned ladies man, takes a wrong step one morning and is killed in an accident. When his estranged mother Helen arrives to clean out his apartment, she discovers a secret that will profoundly influence her life, the lives around her, and ultimately a new understanding of her son. Helen takes it upon herself to visit the laundry list of Thatcher’s ex-lovers to find out more about his hidden past. She meets a beautiful young woman with a grace to rival Helen’s own, a spunky sex shop worker, and an art curator scorned by Thatcher’s unrequited love. As Helen hears the women’s stories of loss and betrayal, triumph and ecstasy, love and heartache, she finds herself unexpectedly closer to her son than ever before. When she unearths a series of unsent passionate letters amongst Thatcher’s belongings, Helen must find the courage to face the love of Thatcher’s life and finally close the rift between mother and son.