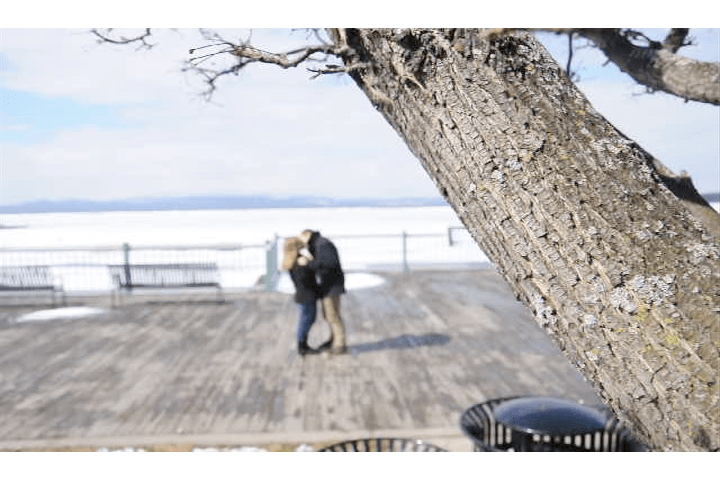 Finding an Audience for Short Films

Share
With the 3rd Annual Online New England Film Festival happening on the site all this month, four of the selected filmmakers share their thoughts on the roads they’ve taken to find an audience for their independent short films. To see their films and others, check out the festival: www.newenglandfilm.com/festival.

Now in it’s 3rd year, The Online New England Film Festival offers the region’s best short filmmakers a forum to showcase their work, and the region that unites them all, with cinephiles around the world. The festival begins streaming the 20 selected short films on September 1st, but for many of the talented filmmakers involved, the process of marketing their films and submitting them to festivals began long ago. Daniel Persitz was invited to the festival after his short, Alex’s Halloween, played at the Rhode Island International Film Festival, one of New England Film’s six local festival partners. Outside Rhode Island, Alex’s Halloween has already played at 13 other fests. For other filmmakers, this festival is just the beginning. “NewEnglandFilm.com is one of the leading sources of film production information in the northeast, so we were aware of the festival and very pleased to receive the invitation to be part of it,” says Alfred Thomas Catalfo. His film Bighorn has already screened at three other local festivals, but he and others agree that this one is unique.

“I see it as a good model for a festival of the future,” Catalfo says. Persitz echoes the sentiment. “Modern audiences have become so computer savvy and watch so much content online, so I think it’s a great idea to have a festival that caters to that kind of viewing experience,” he says. “I’m really excited to be involved with a festival that’s trying something new and addressing the huge technological change that’s happening out there.” For two time festival invitee Shawn Harmon, director of Rootbound, however, “it lacks that audience feel. There is something so satisfying about hearing 30 plus people laugh right when you wanted them to.” Still, Harmon recognizes the advantages of curating a film festival online. “A lot of people who might not take the time to get out of the house and drive 30 minutes or more to a theater-based festival could be more easily inclined to make a few clicks to get to this online festival,” he says. “I think it’s great for shorts.”

As Harmon and the other filmmakers in the festival know, finding an audience for short films can be a very tough proposition, but the Online New England Film Festival seems to be pointing in the right direction. “I think all the digital distribution that’s out there can only help the short form grow,” Persitz says. “We’re living in an age in which it’s more possible to distribute and watch shorts than ever before. Alex’s Halloween is up for sale on iTunes, and because of that, we’ve been able to reach a much wider audience than we could have, say, even 10 years ago.” Catalfo agrees that the Internet opens short films to a wider audience, but sees a potential problem. “Since anyone can put anything online, there’s a lot of noise out there and it can be difficult to cut through.”

For Harmon, making your film stand out in the crowd all comes down to marketing. Marketing independent films, be they feature-length or shorts, however, can be a very tricky process, and increasingly independent filmmakers have had to jump into the ring themselves and generate buzz around their own projects. “I think it’s absolutely necessary for filmmakers to learn how to promote and market their works,” Persitz explains. “Marketing can also be a helpful part of the creative process, as long as it’s constructive and additive. I really enjoyed promoting the film because at the end of the day, I wanted to get the film seen by as many people as possible.” Other filmmakers, however, find that the process can be daunting. “It is a wholly different animal, it seems,” says Harmon. “Those who do well with it have great networking and are website savvy. I didn’t start a Facebook account until about 4 months ago so I’m a little behind the curve.”

Still, before the Facebook accounts and festival submission forms must come the story, and, though creating their shorts came with great difficulty, all the filmmakers are driven by the urge to tell a story the best they can. For Jake Haehnel, director of festival film An Occurrence on the Pier, juggling creative endeavors with day jobs and other responsibilities can be tough, but rewarding. “If you think about, a lot of the other things that life puts in the way can work their way into scripts and other film ideas,” he explains. “I enjoy new experiences because I can use them as inspiration.” To maintain balance, Harmon found the support he needed in his family, while Catalfo allowed his career as a personal injury lawyer to inform his storytelling. “I find that my day job helps my writing because it gives me insight into how conflicts developed and are resolved,” he says. “Trying a case in the courtroom and making a film are both about storytelling: you’re asking an audience to go on a journey with you and promising them that you’ll be authentic and that the experience will be worth their time and attention.”

With the dedication, perseverance and skill that each of the filmmakers exhibited in creating their shorts, this year’s Online New England Festival will surely be worth the time and attention.

Check out the festival here: www.newenglandfilm.com/festival from September 1 through October 15.

Check out the festival here: www.newenglandfilm.com/festival from September 1 through October 15.