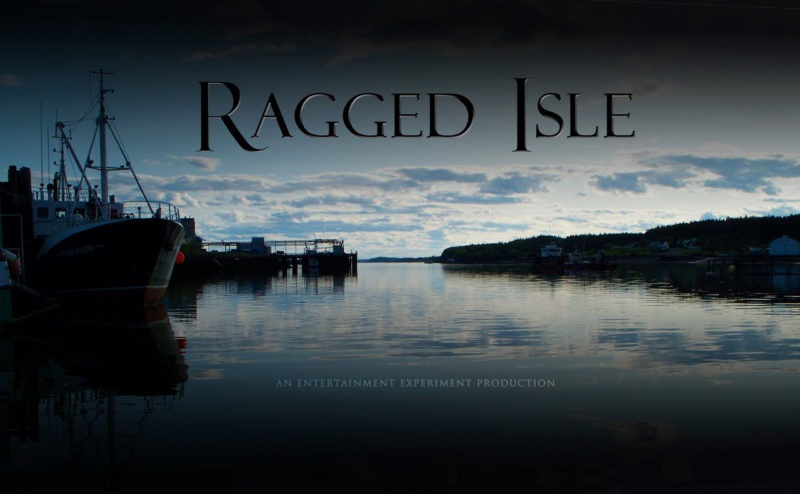 Share
How do you juggle day jobs and dream projects? Big movie dreams and bills to pay? We're talking to real filmmakers around New England who are balancing jobs in the industry with their personal side projects, and trying to make it in the real world. Interested in being interviewed for the series? E-mail editor@newenglandfilm.com.

It’s September and kids across New England are heading back to school, some with big Hollywood dreams for their future. But once you’re out of school and in the workforce, what does it mean to turn those dreams into reality – and pay your bills on time? In NewEnglandFilm.com’s new job series, we’re talking to real people across the region who are finding ways to make money in the film industry right here in New England and chase their dreams, and possibly even have a life as well.

This month, we’re talking to Barry Dodd, the manager of the commercial production department at Fox23 in Maine, who spends his “evenings, weekends, and vacation time” working on his web series, Ragged Isle.

Alli Rock: Can you tell me a bit about your day job at Fox23?

Barry Dodd: Sure, I am the manager of Fox23’s video production department and have been for a few years now. I have two amazing employees Amie Marzen and Derek Kimball whom I share an office with and we spend our days making commercials, station promos and cracking each other up.

AR: What about your web series, Ragged Isle? How did you come to co-create that?

Dodd: Many years ago, my wife Karen and I had compiled a writers group to try to get a children’s show idea I had off the ground. In the midst of it we happened upon a contest put on by SoapNet in which hey were offering 20 grand to the winner in a web soap contest. We dropped what we were doing, took the challenge and created an entry called ‘Criehaven.’ I named it after a local island that I thought was pronounced ‘cry haven.’ Sounded like a soap opera to me! Anyway, we made it to the final five in the nation, they sent out folks from LA to interview us and it was a lot of fun to do. We didn’t ultimately win but it was the kind of thing that I spent a lot of time daydreaming about what we would do with the idea if we had won. Fast forward a few years and this soapy island of mystery is still floating around my head. One day I turn to Karen and say should we do something with this? She agreed that we should, and so I pulled a new team together to help turn the concept into a web series. It’s got elements and actors from our Criehaven project but we eliminated all but the very essence of soapiness and introduced the kind of supernatural spin that we were leaning towards in our contest entry.

Dodd: Honestly it’s tough to find any kind of balance. Since we began production on Ragged Isle it has pretty much occupied any ‘rest of my life’ that there might be outside of work. You’d think that after a day of staring in front of the computer and lugging video equipment around the last thing you’d want to do is spend your evenings, weekends, and vacation time doing the same thing but that’s kind of the reality of a situation like this. You need to be able to withstand any kind of video fatigue and find the core happiness in the moment and remind yourself why you are doing what it is you are doing. Ragged Isle also creeps into my daily job as well in that Amie and Derek are cast and crew members of the series so we do spend a bit of time discussing the project. Also on our staff is Lucy Adolphson who does our makeup. Lastly, Ragged Isle‘s head writer Greg Tulonen who runs the stations website myfoxmaine.com as his day job so there are lots of reminders that there is this giant project looming overhead. A very important point is that my boss has been amazing since day one in allowing me to borrow gear as needed. He’s a big fan of my department and of the series so that has been a wonderful help for me and a luxury that I am very aware that many other local filmmakers do not have. It’s also nice to hear from other employees of Fox23 and know that they are interested in the series and are following it and trying to solve the mystery.

AR: What is your background? How did you get to the spot you’re in today?

Dodd: I’ve been in the broadcast television business for over 17 years now with a two year stop at the film workshops in Rockport, Maine. I have made lots of creative friends along the way, worked on a handful of short films in my spare time and spent a lot of time daydreaming. It’s gotten me to a very nice job here in Portland and to a point professionally and creatively that I could cash in a ton of favors from friends in order to get Ragged Isle off the ground.

AR: What are your goals in the world of film? Do you see where you are as a stepping stone to them?

Dodd: I’m at a weird stage in my life. Big dreams of Hollywood are quickly slipping away and making room for more modest goals. I hope this doesn’t come across as depressing. It’s not meant to be. I’m just a small town kid who like so many, grew up on a diet of watching Spielberg and Lucas and have finally found my own small way to use the years of inspiration to create something that I am proud of. Ragged Isle isn’t a stepping stone. My years of working in TV and shooting short films were the stepping stone to make this web series. I am 100% committed to making this a project that Karen and I can be remembered for. Not as a stepping stone but an honest and heartfelt attempt to express ourselves creatively and to hopefully entertain an audience while doing it.

AR: What are your hopes for the web series? Distribution? A large audience? Getting to the end of the mystery?

Dodd: I suppose all those things would be nice. As a storyteller, I am primarily interested in keeping the audience engaged enough to stick around and see how it ends. Having a finite story line helps in that respect I think. I’d like for this project to make a positive lasting mark in the Maine film community. I would like for some of our talented cast to get recognized nationally for their work and get some big time opportunities from this project. Lastly, I would feel so proud if someone in Maine saw what we did with our limited funds & unlimited imagination and was inspired to create a web series of their own. That would be awesome.

AR: What has it been like for you being a filmmaker in New England, as opposed to NY or LA?

Dodd: I wouldn’t know about being a filmmaker anywhere else but in Maine it’s been pretty cool. Especially because we are creating something that is embracing Maine and not trying to make it look or seem like something it isn’t. The support and response from our local audience has been wonderful. Outside of Maine has been very interesting. Because our work is available to watch for free on the Internet we’ve been able to connect with fans across the globe. I believe that creating a web series is a great way to level the playing field for filmmakers. Although the majority of series are being shot on the west coast, we’ve been able to earn the respect of creators in that community without actually ever setting foot out there.

AR: In that case, what is it like for you, working as a filmmaker on the Internet? Do you find it poses different challenges?

Dodd: It does have its own set of challenges. And only through trial and error do you really learn what they are and how you can overcome them if at all. It’s a totally new way of getting your work seen and engaging with your audience. The advantages are the interactivity that you can establish within the online community and also just the sheer amount of eyeballs you could potentially grab. The disadvantage is the complete lack of control you have over how and when the audience will watch your stuff.

AR: As someone who’s surviving in a creative career in the real world, what advice do you have? What has helped you the most?

Dodd: Try to never stop learning and growing in the creative field of your choice. Technology and technique evolve at a breakneck pace in video production. Stay current as much as you can. Don’t get stuck in the old way of doing anything. That’s a quick way to make yourself irrelevant. Also, don’t be a jerk. No one likes to work with a jerk. If you simply must be a jerk, you better be so talented at what you do as to make yourself practically irreplaceable. There are so many people who would love to be working in a creative field in Maine, know how lucky you are to be in such a position and how quickly you can be replaced. Lastly, enjoy yourself! You work in a creative career. How cool is that?