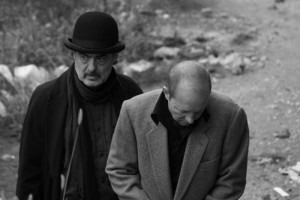 Share
The European Short Film Festival at MIT puts together a collection of shorts using the form to explore new ideas and styles.

It may not be immediately obvious why a film festival at MIT needs to be focused on shorts from Europe. But the European Short Film Festival, happening the first weekend of April at MIT, will show that filmmakers on the continent are using the form to explore fascinating ideas and styles.

Shorts can prompt unusual creativity in filmmakers, said Kurt Fendt, research director of the HyperStudio at MIT and founder of the festival. “It’s a highly experimental format,” he said. And European films can contrast sharply with American aesthetics. “It’s a different film language,” he argued.

There are also financial reasons Europeans can be more forward-thinking. Better funded by their governments, European student filmmakers can be creative without the restrictions posed by investors who want a return on their money. This means even experimental students can keep high production values. “They’re getting access to Hollywood-level acting,” said Generoso Fierro, outreach coordinator at the Singapore-MIT GAMBIT Game Lab at MIT and an integral part of the festival since its second year.

As conducive to originality as the form and milieu may be, of course not everything is good. Since they joined forces, Fendt and Fierro have learned to anticipate each other’s reactions to submissions. “We barely have to speak after we see a film,” said Fierro. “We just throw a look at each. Midway through a film, if I hear Kurt humming, I know it’s not good.”

More recently, Gabriella Horvath, an administrator at HyperStudio, has joined Fierro and Fendt in organizing and screening submissions, and all three agree that there are certain patterns of failure. Fendt and Fierro mentioned independently the perils of overplaying an idea. “Often we wish the film had been shorter, just 15 minutes instead of 30,” said Fendt. It can also be too complicated; Horvath advises filmmakers to stick to the motto “simple idea, simple execution.” Applicants often think they need to “put the screws on,” she said, when it would be better if they didn’t. “They have a tendency to add a twist ending” where none is needed. Fierro thinks comedy is treacherous, saying, “It rarely if ever works.”

Some bad trends are just puzzling. Fierro says there was a period when everything seemed to have an indie rock song, but only in the credits. Even in a “19th century period piece,” Fierro said, he’d hear bands that sounded like Modest Mouse, “like they’re saying, ‘Hey, we know this is in German, but here’s something from your culture.’”

The festival features animation, documentaries, experimental films, and traditional narratives. Programming tends to be lighter the first night, while the third day, Sunday, is dedicated to the most experimental works.

Though European film schools are generally more experimental, according to Fendt and Fierro, there are still observable patterns. Fierro hypothesized that a breakout star can end up influencing the entirety of his country: “We programmed a Finnish film last year that looked like the lost film of Aki Kaurismaki,” he remembered, but it was so good that it didn’t matter if it was a bit derivative. He said Spanish films are all either “very, very light or very, very heavy,” and he could spot a Polish short with the sound turned off, so strong is the influence of the famed film school in Lodz, Poland. This year, Romania happens to be well represented.

Some of the films to be shown are solid examples of how fresh and engaging the European perspective can be. Silhouette, by Astrid Busch, first appears to be a static shot of a pastoral scene, but by the end of the short, we realize our early assumptions were all wrong. The work is simple enough to function as a kind of living painting — not narratively powerful but compelling just for its form. Just as with a painting, the time we take to absorb it means a careful consideration of each part and a greater awareness of the image itself.

The stop-action short Everyone in Their Room, written and directed by an Italian, Marco Missano, shows how a story can be evoke profound sadness with little exposition. A man in a diving suit (complete with spherical helmet) trundles through a post-apocalyptic city, picking up domestic items that might be supplies or just small tokens of memory. The lack of dialogue and music conveys a deep grief without explaining what is going on, and is all the more powerful for its lack of clarity.

The Polish live-action short Through Glass, by Igor Chojna, likewise avoids the kind of broad signaling Hollywood uses to establish plot. Instead, it develops themes and intrigue, as an old woman indifferently describes the inadequate penis size of the man who pressed himself against her on the bus, the first in a series of glancing references to sexual obscenity.

In counterpoint to the crassness, however, the framing of each shot is exquisite, making ordinary scenes painterly tableaus and creating a striking tension between the beautiful and grotesque. Mainstream film should only aspire to this degree of daring.

For more information about the festival, please visit: http://esff.mit.edu/.

For more information about the festival, please visit: http://esff.mit.edu/.