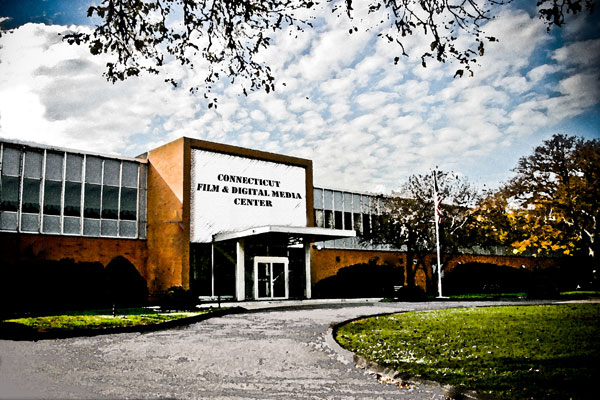 Industry on the Rise: Why Connecticut is the Place to Be

Share
The Connecticut Film Center, founded by two college buddies looking for a new outlet to express their creativity and zeal for the entertainment industry, is helping to turn the northeast into a land opportunity and prosperity.

Founded in 2006 by Kevin Segalla and Bruce Heller, the Connecticut Film Center (CFC) has worked to make Connecticut a production-friendly locale for film, television and digital media productions such as websites and video games. With soundstages, convertible office space, a mill shop and equipment rentals available, the CFC is leading the charge in creating a thriving and stable production industry in Connecticut.

Since its inception, the Connecticut Film Center has provided tax-incentive funding, production services and facilities for both the motion picture and television industry. With its central location in Stamford, Connecticut and facilities in nearby Norwalk, the CFC takes advantage of the state’s 30 percent tax credit for qualified pre-production, production, and post-production expenses.

“We recognized that with incentives in Connecticut, we’d be able to build a strong industry,” says CFC president Kevin Segalla, who lobbied in favor of Connecticut’s tax credit program. Once the legislation passed they ‘moved very quickly to establish facilities,” says Segalla. With tax incentives for qualified production expenses in place and a location that provides easy and quick access to both New York City and Boston, the CFC is able to court production executives and attract production business and opportunity into the region.

“For us it starts with spending a lot of time talking to studios, networks, and independent filmmakers about shooting in Connecticut… explaining how the incentive program in Connecticut works and how it can work well for them,” says Segalla. The tax credit, which applies to certified productions and peaks at 30 percent for qualified in-state expenses reaching $1 million or more, has received criticisms from both ends of the spectrum. As a result, the credit has seen updates and amendments since its introduction in 2006. Nevertheless, it has undeniably encouraged productions into the state and created jobs in the area.

Although tax incentives are an integral part in attracting productions to Connecticut, another is the location. It is often the look of a television show or film that first entices a viewer to watch. It is that same look that production executives and independent filmmakers seek when determining a shooting location. One of the main tasks the CFC has in coaxing productions to the state is showing them the locations available, and Segalla says, “Connecticut has a vast variety of different looks which is attractive.’

The CFC promotes local crew by maintaining a Resume Book of qualified and experienced production personnel. This directory is provided to incoming productions to facilitate the possible hiring of locally based people. In addition, the CFC has an internship program available each semester and during the summer for local college students looking to learn about the state’s film industry.

The CFC has also worked closely with the state to develop production training programs/boot camps to educate and prepare locals for jobs in the burgeoning industry. Although productions are not as abundant as they were when the tax incentive program was first introduced, the training programs are still intermittently available at different colleges and universities throughout Connecticut in an effort to groom eager job seekers for future projects.

Production personnel are not the only ones benefiting from the influx of productions to the state. The supporting industries are also flourishing. “It’s interesting to see how wide the array of businesses are that are benefiting,” says Segalla. “It’s everything from a locksmith to a laundromat, dry cleaners, restaurant, hotels, car rental companies, lumber yards.” As the CFC expands and film and television productions come to the area, jobs are not only created, but sustained by the funds injected into the local economy.

The renovation of the properties purchased by the CFC and turned into soundstages are prime examples of the symbiotic relationship between the different industries in the region and the shared prosperity. The CFC facilities in Norwalk have already hosted such films as Confessions of a Shopaholic, Old Dogs, and My Soul to Take. The Stamford soundstage is currently playing home to the new TBS comedy, Are We There Yet?. The CFC is also in development of a new soundstage in which it hopes to house Showtime’s Golden Globe nominated show, The Big C, which filmed its first season using the Stamford facilities.

The CFC’s proximity to New York City and Boston also work in its favor with regards to talent and crew. But it’s thanks to the diversity of the Connecticut landscape and the efforts of the CFC that many productions are finding Connecticut the place to be.