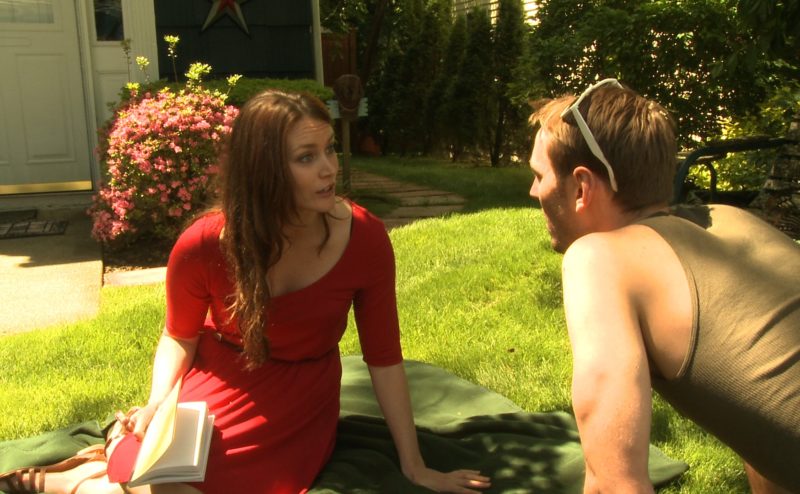 Fundraising for Films through Kickstarter

Share
Get the inside scoop from three local filmmakers currently using Kickstarter to raise funds for their films.

Kickstarter is a unique funding website where artists make all-or-nothing bids for financial backing to complete their dream projects. Filmmakers set a deadline by which they must raise a certain amount of money. If they meet their goal before time runs out, they get the financial backing they need. If they do not meet the deadline, they get nothing. Kickstarter uses this all-or-nothing approach so that participants can avoid struggling to complete an under-funded project. This way, filmmakers are provided with a low-risk testing ground for their work and the opportunity to get the word out about their projects.

Cheryl Eagan-Donovan, Jared Gordon, and Christopher Salmon are all filmmakers involved in the Kickstarter process. They answer some questions about their films and their experiences in funding projects through the website.

Filmmaker and Massachusetts native Cheryl Eagan-Donovan is using Kickstarter to fund her documentary Shakespeare in Venice, an exploration of the foundations of genius and some of the locations that helped to inspire Shakespeare, ‘the Bard of Avon.’

Warren J. Avery: How is the funding for your project going so far?

Cheryl Eagan-Donovan: I have received donations every day since I launched the campaign. Many from previous supporters of my project but also lots from people I don’t know. It’s an effective way to reach beyond your own database of donors. It’s getting close to the deadline and I still have a long way to go to my goal so I need to come up with some more marketing ideas. I am editing new footage to post this week.

Eagan-Donovan: I recently backed two Kickstarter projects with small donations and both were successful in getting funded. One was a musical stage play; the other was a documentary film. I think it’s a great marketing tool for independent filmmakers and I am hopeful that I can make it work for my project.

WA: I was wondering where you are in your project?

Eagan-Donovan: I have shot about 100 hours of footage, including excerpts of plays, interviews with scholars and actors, including Sir Derek Jacobi, Mark Rylance, Michael Cecil, Paul Nicholsin, the director of Oregon Shakespeare Festival, and Rob Orchard, former director of the American Repertory Theater.

WA: Why are you passionate about your project?

Eagan-Donovan: I am passionate about Shakespeare in Venice because as a writer I feel that it is critical that other young, aspiring writers know the truth about Shakespeare. Understanding his identity tells us so much about the process of writing and also helps us understand what we define as genius. Great writing requires three very basic things: imitation of other great writers, life experience to reflect upon, and relentless revision.

Local filmmaker Jared Gordon is seeking financial backing through Kickstarter for Timothy Feathergrass, a film about a good-natured amateur astrophysicist who has to make great personal sacrifices in order to get his earthquake-predicting satellite into orbit.

Warren J. Avery: What are your first impressions of Kickstarter?

Jared Gordon: I’m pleased at the response so far, but it’s gone from convincing a few to donate a lot to convincing a lot of people to donate a little. It’s exciting, but since Kickstarter won’t let you claim the funds unless you hit your goal, it’s also a bit of a nail-biter.

WA: How did you get started with Kickstarter?

Gordon: When I sent the idea in to Kickstarter, I had to sort of ‘pitch’ them the idea, as they didn’t accept every query. For example, an artistic endeavor would have a much higher shot at being accepted on their site than a ‘fund my trip to Burning Man’ fundraiser. It’s curated, and it should be, to ensure quality, vetted projects.

WA: Any advice on getting the application together?

Gordon: I must have spent a few days working out the text of my Kickstarter page. I knew that I could count on the support of my family and close friends, but the point for me has been to reach out beyond that circle. Including professional, grammatically correct text and the trailer has gone a long way to convincing acquaintances and friends of friends that I’m the real deal.

WA: What rewards did you offer backers in exchange for pledging to your film?

Gordon: I started out offering various credits for different backer levels. Kickstarter likes it when you can give your backers something tangible, so I also saw fit to include a copy of the film, props from the film, and even copies of other films I have made in the past as rewards for different backer commitments. Being creative on your project itself isn’t enough; Kickstarter forces you to be creative about the marketing end.

WA: How have you tried to fund projects in the past?

Gordon: I’ve typically funded projects out-of-pocket in the past. That way, I can be sure that I’m working on something I believe in. My money goes where my mouth — or camera — is. What I love about the Kickstarter model is that it gives my friends and family a chance to be an integral part of the process.

WA: Do you think you will make your funding deadline?

Gordon: I’m an optimist, and I think that I will hit my goal. I encourage everyone to jump onto Kickstarter and support an artist. Even $1 is helpful, appreciated, and, hey, you can tell everyone that you’re a patron of the arts.

Christopher Salmon has generated a whirlwind of buzz on Kickstarter with his plans to create a new kind of 3D environment in order to tell Neil Gaiman’s story The Price. Salmon’s funding goal is the intimidating sum of $150,000. The film will be narrated by author Neil Gaiman and already has prestigious backers like Apple co-founder Steve Wozniak. The project is billed as ‘a graphic novel come-to-life.’

Warren J. Avery: What should people know about your project?

Christopher Salmon: The thing I am most excited for people to realize is that they really can help determine what kind of entertainment gets produced, and that they can get directly involved with the creators of the media that they would like to see and support. The idea of social media being more than just a fad is one I’m trying to shake free of. The wonderful thing about Kickstarter is the way it can facilitate contact between the artist and their audience!

WA: You are going for an ambitious amount of funding — did you get any feedback on this from the staff at Kickstarter?

Salmon: No, not on the amount. They just seemed thrilled with the concept and are cheering me on every step of the way! The dilemma with setting an amount was, do we go for a safe number we can raise, or go for a realistic budget and deliver above expectations? More risky, but I wanted to go for the latter.

WA: How did you first decide to bring to life Neil Gaiman’s The Price?

Salmon: After reading his book Coraline and discovering that the rights were unavailable, I looked for another of Neil’s stories that had that same feeling: scary and fantastical, yet very uplifting. The Price was that story; it was also smaller in scope, lending itself more readily to a small-scale production.

WA: How did you get hooked up with Mr. Gaiman?

Salmon: Once I had decided on The Price as my target, I just wrote to Neil, figuring ‘What have I got to lose?’ I might be ignored or politely refused, and either is better than not trying at all, right? Imagine how astonished I was to actually get an enthusiastic letter in return!

WA: Why should someone be a backer for your project?

Salmon: Simply put, this is a great story — a truly remarkable story, one that gets inside and causes you to really think about it — and I want the opportunity and privilege to share it with as many people as I possibly can.