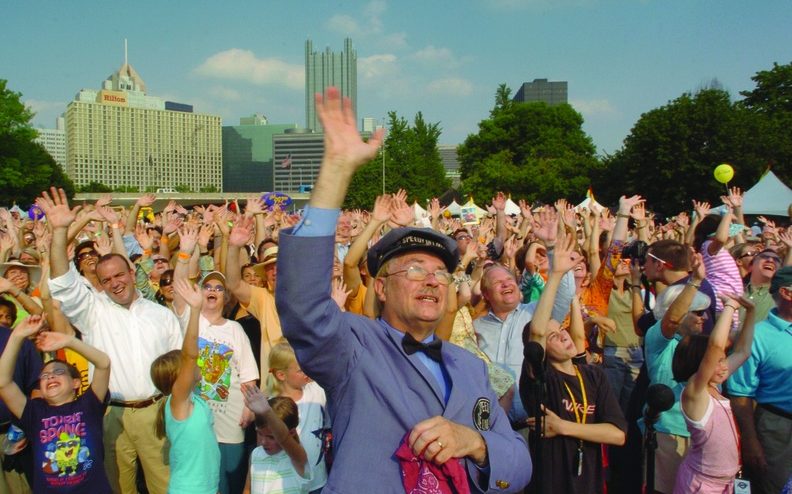 Start your Halloween at the Coolidge Corner Theatre with its Annual Halloween Horror Movie Marathon. This year’s double feature is House and Re-Animator. Four surprise films will follow the double feature. The event starts Saturday, October 30th at midnight. Tickets for the whole marathon are $20; double feature tickets are $15. Visit http://coolidge.org/node/2804 to learn more and purchase tickets.

Scare yourself silly at the Flickers: Rhode Island International Horror Film Festival October 21–24. The festival kicks off with “Opening Night Spooktacular and Soirée” on October 21st at 7:30 pm with a screening of Roger Korman’s The Fall of the House of Usher. Learn more at http://www.film-festival.org/Horror_ri.php.

Salem, Massachusetts celebrates Halloween all this month with the 29th annual Salem Haunted Happenings. Festivities include a screening of The Cabinet of Dr. Caligari at the Peabody Essex Museum and the Family Fright Night Movie Series on the Common. Visit http://www.salemhauntedhappenings.org/ to learn more.

Spend an evening with Ryan Beull and Sergey Poberezhny of A&E’s Paranormal State on October 16th at 8:00 pm at the Lowell Memorial Auditorium (50 Merrimack St in Lowell, MA). Visit http://www.lowellauditorium.com/calendardetails.aspx?event_id=1104&date=10/16/2010 for more details and ticket information.

The Somerville Theatre in Massachusetts concludes its Terrorthon ’10 festival early this month. Check out the last two nights of this horror film festival on October 1st and 2nd. Tickets are $10 advance, $12 on the day of the show. Visit http://feitheatres.com/somerville-theatre/terrorthon-10-schedule-tickets… to learn more.

The Williamstown Film Festival runs October 15–17 and October 21–24 in Massachusetts. The festival kicks off with a screening of Meet Monica Velour and includes seminars, an annual benefit dinner, and a tribute to Billy Wilder hosted by Alec Baldwin and Robert Osbourne. Passes are available. Check out http://www.williamstownfilmfest.com/ to learn more.

The 4th Annual Boston Palestine Film Festival runs October 1–10. Highlights include opening and closing night festivities, a screening of the documentary Budrus, and a panel discussion on the future of Palestinian cinema. Films screen at several different venues. Visit http://www.bostonpalestinefilmfest.org/ to learn more.

The Camden International Film Festival continues through October 3rd in Camden, Rockport, and Rockland, Maine. Highlights include the Points North Documentary Film Forum, the Made in Maine showcase, and a documentary funding seminar led by Richard Saiz. Special passes are available. Visit http://camdenfilmfest.org/ to learn more.

Attend the MacDowell Company’s 2010 benefit in Peterborough, New Hampshire on October 9th at 6:30 pm at the Peterborough Town House (1 Grove Street). The event begins with “A Short Evening: Short Films,” featuring selections by MacDowell Colony filmmakers. Dinner for Guardian level and above donors will follow at 8:00 pm at 100 High Street. Visit http://www.macdowellcolony.org/NHBenefit2010to fill out the online reservation form.

Pedal down to the Boston Bike Film Festival on October 22nd and 23rd at the Brattle Theatre in Cambridge, Massachusetts. The festival runs 7:00 to 11:00 pm both nights. Proceeds benefit Mass Bike and other cycling groups. Check http://www.bostonbikefilmfest.org/ for updates.

Get a sneak peek of Rhode Island PBS’s new show Confessions of a Teenage Critic on October 5th at 5:00 pm at University of Rhode Island’s Feinstein Providence Campus (80 Washington Street). The event includes guest speakers as well as a preview of the show and is open to the public. For more information, contact Sherilyn Brown, Education Director of the RI State Council on the Arts, at (401) 222-6994 begin_of_the_skype_highlighting              (401) 222-6994      end_of_the_skype_highlighting. The show focuses on Rhode Island teens and their views on their state’s arts and culture; it premieres October 16th at 7:00 pm on RI PBS Channel 36.

The Cape Ann Film Festival runs October 1–17 in Massachusetts. The festival celebrates local, national, and international films. Highlights include a screening of Carl Kurlander’s My Tale of Two Cities, followed by a Q&A with Kurlander and Festival Guest of Honor David Newell, on October 15th at 7:00 pm. Check out http://capeannfilmfestival.wordpress.com for more information.

Feature film BoyBand makes its Boston premiere at the Regent Theatre in Arlington, Massachusetts on October 1st at 8:00 pm (doors open at 7:00 pm). Produced by Artigo/Ajemian Films, it was shot in Massachusetts and directed by Jon Artigo. Tickets are $8 in advance, $10 at the door. Visit http://www.regenttheatre.com/events/boyband.htm to learn more.

Hartford, Connecticut’s Cinestudio FutureCinema Campaign has been granted $80,000 by the Hartford Foundation for Public Giving. Cinestudio is working to raise money for new digital equipment. Visit http://www.cinestudio.org to learn more.

Rob Zombie has announced his next film, The Lords of Salem, will take place in the Massachusetts town, although it is unclear whether or not he will film it on location. Read more at http://www.salemnews.com/local/x1327126460/Hollywood-flirts-with-Salem.

The 9th Annual Boston Latino International Film Festival is currently accepting submissions for this year’s festival, which will be held in December. Filmmakers may submit feature films, documentaries, or shorts. Regular deadline is October 15th, with a $30 entry fee per film; extended deadline is October 22nd with a $40 fee. Visit http://www.bliff.org/submissions_10.html for more details.

Sign up now for the next session of the SHOOT Teen Film Program at the Boys & Girls Club in Newport, Rhode Island. Join film director Rocco Michaluk on October 13th at 4:00 pm and learn about video production and editing. All are welcome and no experience is necessary. The program is free to Newport Boys & Girls Club members; $20 membership fee applies otherwise. Contact SHOOT project manager Dennis Orchard at (401) 847-6927 or visit http://www.bgcnewport.org for more information.