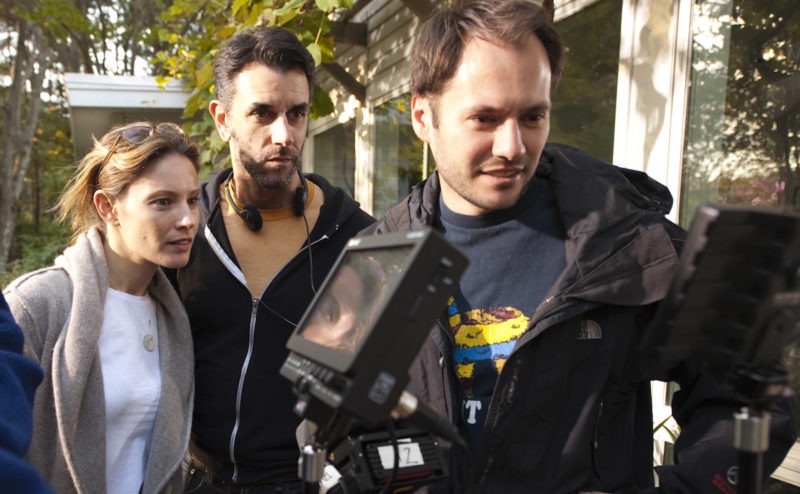 Celebrate the Boston Jewish Film Festival November 3–14. The festival includes films from around the world, special events, and festival passes. Screenings will be held at several different venues. Producer Kevin Bright (currently Executive Artist-in-Residence at Emerson) was recently honored at the festival’s October fundraiser. Visit http://www.bjff.org/ for a full schedule and to purchase tickets.

Attend the Berkshire Film and Media Commission’s gala benefit “The Magic of Moviemaking” on November 6th at 7:30 pm. Held at the Masonic Temple (116 South Street in Pittsfield, MA), the benefit will include cocktails and hors d’oeuvres, a raffle, and a silent auction featuring items from Karen Allen, James Taylor, Elizabeth Banks, and Frank Miller. Tickets are $75 per person. Learn more and RSVP online at http://www.berkshirefilm.com/node/596.

Check out the 2010 Boston Asian American Film Festival: Ideas in Motion November 11–14. The festival will include the workshop “Race, Acting, Sexuality, and Asian American Masculinities” on November 13th from 2:00 to 4:00 pm at the Tufts Medical Center (800 Washington Street in Boston.) Visit http://www.aarw.org/baaff2010 for tickets and to learn more about the festival.

The Providence Children’s Film Festival, in collaboration with the RISD Department of Illustration, presents a screening of the documentary Library of the Early Mind on November 10th at 6:30 pm. The screening will be held at RISD’s Michael P. Metcalf Auditorium, followed by a panel discussion with authors Natalie Babbitt, Chris Van Allsburg, and Mary Jane Begin. The event is free and open to the public. Visit http://www.providencechildrensfilmfestival.org/ to learn more.

The Brattle Theatre hosts a preview screening of the Cambridge Historical Society’s documentary Left on Pearl: Women Take Over 888 Memorial Drive on November 3rd at 6:00 pm. The event features a Q&A with the filmmakers. Visit http://www.brattlefilm.org/ for more information.

Cranston, Rhode Island’s Park Cinema presents a screening of Rich Camp Ent’s independent feature Gotta Find Barry on November 20th at 8:00 pm. Cast and crew of the film, which was shot in Rhode Island, will attend the event; tickets are $10. Visit http://www.richcampent.com/ to purchase tickets and learn more about the movie.

The Harvard Film Archive presents “The Comic Vision of Elaine May” November 12–14. Director Elaine May will appear in person at screenings of Mikey and Nicky on November 12th at 7:00 pm and Ishtar on November 13th at 7:00 pm. The Archive will also screen A New Leaf at 7:00 pm and The Heartbreak Kid at 9:00 pm on November 14th. Check out http://hcl.harvard.edu/hfa/films/2010octdec/may.html for ticket information and to learn more about May’s career.

Trinity College hosts the 12th annual EROS Film Festival November 10–14. EROS (Encouraging Respect Of all Sexualities), Trinity’s Gay-Straight Alliance, will screen films including A Marine Story, Children of God, and Howl, as well as a selection from the It Gets Better Project. All screenings are held at Cinestudio (300 Summit St. in Hartford). Visit http://www.outfilmct.org/ for a full festival schedule and ticket information.

Filmmakers Collaborative is postponing the fourth annual Making Media Now Conference until early 2011, with a new date to be determined soon. Visit http://filmmakerscollab.org/programs/making-media-now for further information.

Work on the Connecticut Studios is off and running after developers and state officials broke ground on October 18th in South Windsor, Connecticut. Plans for the $50 million studios include 500,000 square feet of space for sound stages, offices, and more. Connecticut Studios, LLC is a partnership between Pacifica Ventures, LLC and Halden Acquisition Group, LLC. Read more at http://ctstudiosllc.com.

Streetwise Pictures has been filming their new feature Naked As We Came In throughout Lincoln, Massachusetts (featured photo). Directed by Richard LeMay and produced by Kim Jackson and Nia Hatsopoulos, the independent feature stars Ryan Vigilant and Karmine Alers. Check out http://streetwisepictures.com/ to learn more.

The recently announced Karen Schmeer Film Editing Fellowship is currently accepting submissions. The fellowship was created in memory of Boston editor Karen Schmeer, who passed away earlier this year. The application deadline is December 15th. Learn more about Schmeer’s life and work, including her projects with Errol Morris, download an application, and read the submission guidelines at http://www.karenschmeer.com/.

501c3: Capturing Change on Camera, part of Tufts University’s Child & Family WebGuide, is sponsoring a video contest through December 15th. Filmmakers are encouraged to create a documentary under 5 minutes about a local non-profit organization helping families and children. Go to http://www.cfw.tufts.edu/501c3/to learn more about entering the contest.

The 14th annual Maine Jewish Film Festival is accepting submissions until November 30th. There is no entry fee for submissions. Visit http://www.mjff.org/submissions to learn more.

Submissions for the 2011 Berkshire International Film Festival are now open. The festival will take place June 2–5 next year. Filmmakers are encouraged to submit feature, documentary and short films. Visit http://www.biffma.org/ for official rules and guidelines.