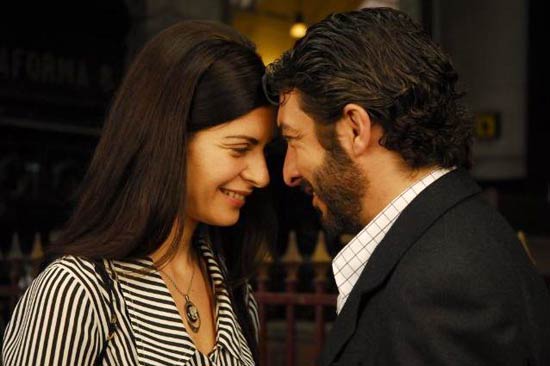 Share
More festivals than you can point a camera at, local vampires, workshops, and funding for your documentary in this month's industry news. To report news, email news@newenglandfilm.com.

The 2nd Annual Online New England Film Festival launches September 1 with an online showcase of 19 local films that have screened at regional film festivals. See the line-up of films and watch them right online.

Women in Film And Video/New England will celebrate the winners of their 8th Annual Screenwriting Competition, and to network with industry professionals on September 26 at the Stuart Street Playhouse from 4-8 pm. The panel includes: Groundhog’s Day screenwriter, Danny Rubin, Lulu in Berlin’s writer, Susan Steinberg, and Marc Weinberg, writer for USA network and A&E. Screenwriting finalists will share excerpts from their screenplays and sponsor organizations will host tables and offer door prizes. Appetizers and cash bar. Tickets available September 1st at www.wifvne.org at $25 for the general public, $20 for students and $15 for WIFVNE members.

The Camden International Film Festival runs September 30th through October 3rd in Camden, Rockport, and Rockland, Maine. Highlights include the Points North Documentary Film Forum and the Made in Maine showcase. Special passes are available. Visit http://camdenfilmfest.org/ to learn more.

The Boston Film Festival celebrates its 26th year September 17–23rd. This year’s festival takes place at the Stuart Street Playhouse. Awards will be given out for feature, documentary, short, and animated films. Keep checking the festival website ( http://www.bostonfilmfestival.org/) for updates.

Check out the Boston premiere of Arlington-based filmmaker Alice Dungan Bouvrie’s Thy Will Be Done at the Museum of Fine Arts this month. The documentary follows the transgendered Sara Herwig’s efforts to become an ordained minister in the Presbyterian Church. The film screens several times during September. Visit the MFA’s website ( http://www.mfa.org/calendar/sub.asp?key=12&subkey=1) to learn more.

Celebrate the 50th anniversary of Harper Lee’s To Kill a Mockingbird on September 18th at the Boston Public Library. Following a panel discussion with authors Katherine Hall Page and Brunonia Barry, the library will screen the 1962 Academy Award-winning film adaptation. Discussion starts at 1:00 pm, with film screening at 2:30 pm. Check out the BPL’s calendar http://www.bpl.org/news/calendar.htm to learn more.

If you’re sure you won’t be going in the ocean again this season, visit the Coolidge Corner Theatre for a 35th-anniversary screening of Steven Spielberg’s Jaws on September 13th at 7:00 pm. Visit http://coolidge.org/node/2374 for more details.

Images Cinema in Williamstown, Massachusetts launches its International Family Film series on September 18th with an Aardman Animations Retrospective, including the Wallace and Gromit episode A Matter of Loaf and Death. The series continues every third Saturday of the month through next May. Tickets are $5. Family Subscriptions are available for $100. For a full list of screenings and to learn more, visit the series at http://imagescinema.org/internationalfamily.php .

The Boston Globe recently chatted with Boston University grad Jenn Proske about her starring role in the new film spoof Vampires Suck. Check out the interview at http://www.boston.com/ae/movies/articles/2010/08/15/bu_grad_jenn_proske_discusses_her_big_screen_debut_in_vampires_suck/here.

The LEF Foundation’s Moving Image Fund next deadline for pre-production grants is September 17th. Grants are awarded to documentary filmmakers. Visit http://www.lef-foundation.org/NewEngland/MovingImageFundGrants/tabid/160/Default.aspx for guidelines and more information on how to apply.