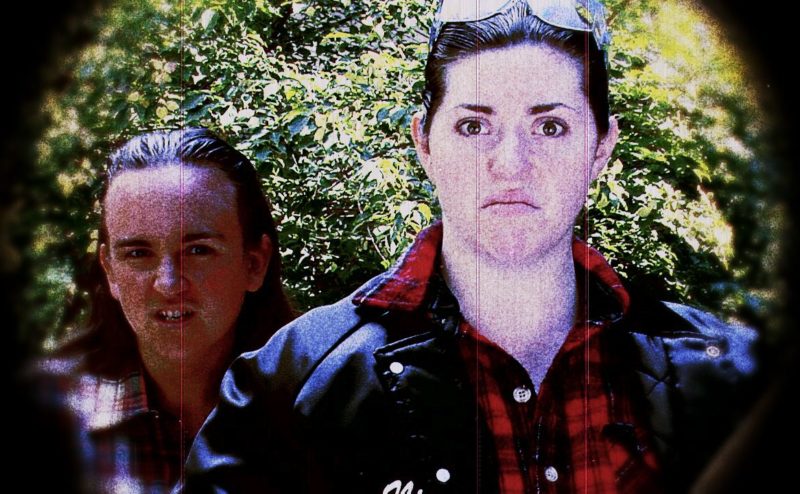 Comedy and Horror in ‘Catching On: The Day the World Turned Gay’

Nick Pistorino graduated from Fitchburg State College in Fitchburg, MA in January 2009. His film Catching On: The Day the World Turned Gay, which is featured as part of the 2010 Online New England Film Festival, was produced in Massachusetts and Rhode Island. All the cast and crew are New England residents, most notably from Massachusetts, New Hamsphire and Rhode Island. This week, he talks about the inspiration for his film and making it in New England.

Nick Pistorino: I first heard about gay marriage during my senior year of high school, when it was suddenly legalized in Massachusetts. My first reaction was simply: “That must be cool for gay couples.“ Honestly, it really didn’t affect me because I’m not gay, nor did I know any openly gay people at the time. Then I read a pamphlet about the ‘death of marriage’ that was being handed out by the staunch opponents. I was shocked by the complete lack of logic and underlying hatred throughout. From that moment on, I knew that I wanted to make a movie that showed how ridiculous those theories really were, but I couldn’t figure out a way to do it without being too preachy. Mike Lake, my friend and the co-writer of the movie, had written a short story for a college writing course where the world suddenly turns gay the very first day gay marriage is nationally legalized. Instead of preaching my point of view, this story simply showed it. I immediately saw my opportunity to make the movie that I always wanted to.

AR: What got you interested in using the genres of comedy/horror/camp to look at your subject matter?

Pistorino: When I first read the short story, I immediately thought that the horror genre would best represent the over-the-top fear and silliness of the opposition’s standpoint. I wanted to set up a very clean and normal world and then start chipping away at it piece by piece with more dirty horror movie shots and references. Plus, how could I pass up an opportunity to mash tired stereotypes of gays and lesbians with cheesy zombies and vampires? It’s just too much fun. This is obviously a very serious topic that affects peoples’ lives, but we wanted to portray it from a different angle and actually avoid being overly serious about it. We decided to keep it as light as possible by making it really campy and comedic. At the end of the day we want audiences to be entertained, even if they don’t happen to agree with our point of view.

AR: Have you had any interesting responses to your film?

Pistorino: The most interesting response to our film is how vastly differently each audience reacts to it. What might have only gotten a chuckle in Atlanta brings the house down in Palm Springs, and vice versa. I’ve never experienced this much variation in reaction from any other work I’ve done. Our biggest concern throughout production was if we communicated the joke properly. It’s been a relief to receive such positive feedback at festivals like New Hampshire, Boston International, Provincetown International, and Rhode Island International. Although we’ve been to other festivals in New England, we’re extremely excited that our film has the opportunity to reach an even broader audience through the New England Online Film Festival.

AR: What influence do you think growing up and filming in New England had on Catching On?

Pistorino: Having moved to the west coast, I can tell you that discourse would be the main influence New England had on this movie and my film making. In New England, people are constantly arguing about anything and everything, because there are so many different points of view (and it doesn’t hurt that the weather is usually lousy). I never had to read the news because people were always talking about it. Out here in LA, most people don’t seem to have debates at this level. ‘Sun’s out, traffic sucks, lets go to the beach’ tend to be the only topics of discussion. It seems that for the most part people simply agree with whatever is the most common liberal point of view, which is thus hardly challenged. Even though Boston itself is predominantly liberal, there are plenty of challenging viewpoints (conservative and otherwise), and they are quite outspoken. My voice as an artist grew stronger and stronger with every conversation I had in New England because my point of view would constantly be challenged.

You can find Nick Pistorino’s film Catching On: The Day the World Turned Gay at http://newenglandfilm.com/festival/2010/catchingon for the duration of the 2010 Online New England Film Festival.

You can find Nick Pistorino’s film Catching On: The Day the World Turned Gay at http://newenglandfilm.com/festival/2010/catchingon for the duration of the 2010 Online New England Film Festival.