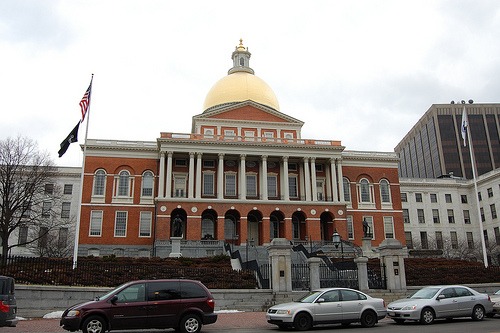 Share
How fares the Massachusetts Cultural Council? The latest report carries bad news as well as a glimmer of hope.

The Massachusetts Cultural Council (MCC) funds thousands of grants directly to nonprofit cultural organizations, schools, communities, and individual artists. One of their programs, Artist Fellowships, is the organization’s main provider of support to film and video projects. Artist Fellowship awards are $7,500 each. Not-for-profit theaters such as the Coolidge Corner Theater in Brookline and the Brattle Theater in Cambridge also benefit from the MCC’s grant programs.

In May, the Senate Ways & Means Committee proposed a $9.25 million budget for the Council, a cut of $443,000 from this year’s budget. The Senate voted and approved that recommendation. Now the Senate and House must agree on a budget figure and that amount will go before the Governor for final approval. Whatever the final budget figure, it still means a sizable chunk out of the organization’s budget.

However, there has been some good news for the MCC coming from the Statehouse. Massachusetts lawmakers have been working on casino legislation. The House has already approved an amendment that would dedicate 0.5% of future annual casino revenues to the MCC. Based on current projections, the council estimates that could be anywhere from $1.5 million to $2.5 million. There would also be another 0.5% dedicated to performing art centers throughout the state, subsidizing fees for touring shows and artists. The bill is currently awaiting approval in the Senate.

More good news has come in the form of a partnership grant of $1 million from the National Endowment for the Arts (NEA). This grant will help offset the proposed state budget cuts. The NEA will be investing a total of $347 million in the state’s arts organizations, communities and schools.