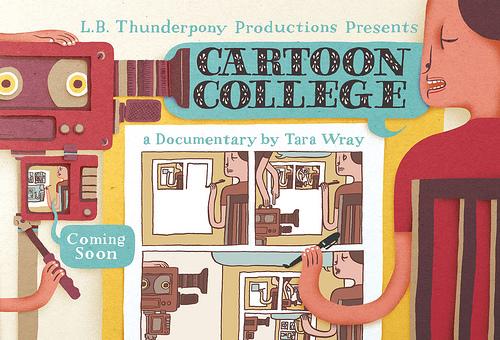 Much Ado About Documentaries

Share
Is now the right time to make a documentary in New England? You bet it is.

They say that it takes three to make a trend. So NewEnglandFilm.com spoke with a trio of film professionals about the latest in documentary filmmaking. Each expert represents a different part of the industry in New England: Tara Wray produces documentary film in rural Vermont; Ben Fowlie runs the Camden International Film Festival (CIFF) in Maine; and Cynthia Close runs Documentary Educational Resources (DER), a nonprofit distributor of cross-cultural documentary films in Watertown, MA.

When talking about film in New England, the new state tax incentives attract much of the recent press. For documentaries, typically funded at a much lower level than narratives, the incentives don’t come into play.

The closeness of the film community quickly leaps out as an important factor. I auspiciously ran into Ben Fowlie at the Independent Film Festival, in Somerville over the weekend. When I reveled the names of the other two participants for this article Fowlie laughed. “No way! Cynthia (DER) is our fiscal sponsor. And we screened Tara’s film Manhattan, Kansas (in 2007).”

The connections continue. It turns out that DER distributes Manhattan, Kansas, Wray’s first film, a personal documentary about her relationship with her mother. DER also sponsors Cartoon College, Wray’s documentary currently in production, about The Center for Cartoon Studies in Vermont. So Wray reacted similarly to my comment, “Well, there you go – community! They are both great, by the way.”

The New England film community offers support and connections in ways that larger areas can’t. Even in rural Vermont, with horses as her closest neighbors, Wray found a fellow filmmaker in her town with whom to swap equipment and share stories. “I don’t feel that edge of competition here, like I did in New York. It’s like, we’re here producing films, let’s figure this out together and make it work for all of us.”

An Increase in Interest

“In the early days, there was very little interest in documentaries,” says Close. “Documentaries have risen in recent years.” Two independent filmmakers started DER in 1968 to distribute their own documentaries to classrooms. DER now sponsors over 41 filmmakers, and archives historically significant collections from all over the globe, and produces and distributes content in innovative ways. In 2006, DER collaborated with Google Video to convert their entire collection of film titles to broadband and in 2008 it launched DER on iTunes U, featuring free video pod-casts, to reach viewers anywhere at any time.

The CIFF, a documentary festival in Camden, Maine, which Fowlie started in 2004, contributes to the increase interest in documentary locally. “I’m a fan of organic growth. I didn’t want to have a big hit one year only for it to die the next,” said Fowlie.

Plans for 2010 include a second annual Points North Forum and additional screenings this summer of films from the 2009 festival. Points North Forum, expanded to two days, brings together major players in the documentary world, including reps from Sundance and PBS. Filmmakers share insights and, more importantly, says Fowlie, “for the industry to realize the talent that’s here.”

Marketing from the Get-Go

“As soon as you have a title, you can start marketing. The title is now dramatically important because it relates to the domain name for the film’s website,” says Close. By building marketing into development, a filmmaker identifies and connects with an audience early, a key factor for a documentary with a niche audience, such as a personal story or one with an obscure subject matter.

Wray agrees that it’s important to start early through blogs, emails, or word of mouth. Although still in production, Wray and her partners already developed the website and a trailer for Cartoon College. “One student at the school told us that he watched our trailer about 200 times before deciding to the come to the school. Then when he did, he contacted us because he wanted to be part of the film,” smiles Wary.

Tara Wray merges her fundraising and marketing through Kickstarter, a crowd-funding, site where filmmakers offer tangible perks to their online funders. Kickstarter requires specific goals and time limits for funding. Wray quickly learned how to tap into her audience. She offered comics and books to potential funders and set the goal for Cartoon College at $5,000 in 90 days. She exceeded it by $6,000.

Kickstarter inadvertently leads to an increased online presence, which hopefully translates into more people following the production and more viewers when the film does come out. “Kickstarter has been a great success for us. It connects people to our project. By contributing, they are a part of our film,” says Wray.

Aside from its historical sites and reputation for an intelligent discerning audience, New England offers hidden benefits for filmmakers. So now is as good a time as any to make a documentary in New England. According to Wray, you should make your documentary “anytime you have a story that ignites you. Stories are everywhere, you just have to look.”