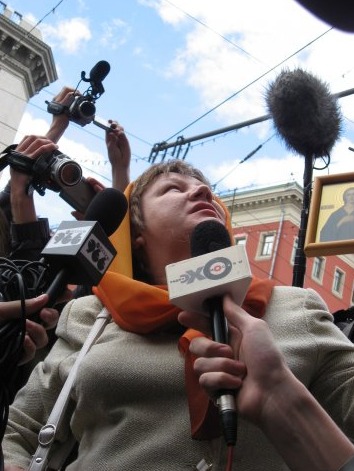 Share
It's a month of festivals, filmmakers, and family fun. Who's shooting in Massachusetts? Is Vermont's Film Commission in trouble? Which festivals are looking for your film? News & happenings in the local industry for May 2010.

Celebrate Boston’s 26th Annual LGBT Film Festival May 6th to 16th. The event kicks off with an opening night screening of Bob Christie’s documentary Beyond Gay: The Politics of Pride. Other films include Is It Just Me?, Play in the Gray, Wild About Harry, and 8: The Mormon Proposition. Several filmmakers will be in attendance at their screenings. Advance tickets are available through the MFA and Brattle Theatre for films showing at those locations; tickets for screenings at Fenway Health can be purchased at the door with cash only. Passes are also available through the MFA Box Office. Visit http://bostonlgbtfilmfest.org/ for the full festival schedule and more ticket information.

The Veterans Memorial Auditorium in Providence, Rhode Island hosts the red carpet premiere of Law and Disorder on May 3rd at 6:30 pm. The comedy film stars Johnston, RI’s Bobby Vigeant and is the winner of the 2009 Pare Lorentz International Film Festival. Proceeds from the event will be benefit the Tomorrow Fund, which helps children with cancer. Visit http://www.vmari.com/law-and-disorder-starring-ris-own-bobby-vigeant/ to purchase tickets.

The Connecticut Film Festival runs May 4–9 in Danbury. The Opening Night celebration on May 4th at 6:30 pm at the Palace Theater will feature a screening of The Wrecking Crew with food and live music. Other highlights include 10 Mountains 10 Years, Harvest, and selections from the Connecticut Student Film Festival. Visit http://www.ctfilmfest.com/site/ for the complete festival schedule and ticket information.

Prepare to be horrified at the Boston premiere of Tom Six’s Human Centipede at the Coolidge Corner Theatre on May 7th and 8th at midnight. Visit http://www.coolidge.org/node/2639 for more info and to purchase tickets. Coolidge advises not to eat first, but we’ll leave that choice up to you.

The Brattle Theatre in Cambridge, Massachusetts presents “An Evening with the Safdie Brothers” on May 20th at 8:00 pm. Josh and Benny Safdie are the directors of Daddy Longlegs, which recently screened at Sundance. The Boston University grads will screen Josh’s The Pleasure of Being Robbed along with several of their short films. Check http://www.brattlefilm.org/brattlefilm/movie_detail/100520.html#b for more details and ticket updates.

Check out the New Hampshire High School Short Film Festival on May 15th at 12:00 pm in the Sweeney Hall Auditorium at New Hampshire Technical Institute in Concord. The event is free and open to the public, with an awards ceremony to follow. Visit http://www.nh.gov/film/hsfest/index.htm for the full list of films.

State budget cuts pose a serious threat to the Vermont Film Commission, reports the Burlington Free Press (http://www.burlingtonfreepress.com/article/20100415/ENT02/100414017). The commission’s budget has been reduced by approximately $70,000, and the commission must eventually find new ways of funding itself. The article quotes executive director Joe Bookchin, who says, “If the state stops funding us, I think that would be the end of the film commission.”

URI Professor Edward M. Mazze completed a study that shows Rhode Island returned $8 for every dollar spent on its film tax credits from 2005-2009. Read an article in this month’s NewEnglandFilm.com about the study.

The Massachuestts state House of Representatives rejected amendments to prevent another proposed cut to arts and cultural funding through the Massachusetts Cultural Council (MCC). The final House budget plan calls for $9.1 million the MCC, or roughly $600,000 less than the agency’s current allocation. For more information, visit http://www.massculturalcouncil.org/.

Emmy-award winning Friends producer Kevin Bright is currently working with students at the Perkins School for the Blind in Watertown, Massachusetts. Bright, who is also an executive artist in residence at Emerson College, is teaching a filmmaking course to the students, who recently completed their first short film. Read the full story in the Boston Globe (http://www.boston.com/lifestyle/articles/2010/04/21/blindness_is_no_barrier_in_filmmaking_class/).

First Jersey Shore, now Massholes: as reported by Gawker (http://gawker.com/5514861/get-ready-for-the-massachusetts-version-of-jersey-shore-massholes) casting calls have gone out for a reality show that will shoot this summer on Cape Cod and presumably feature all the Massachusetts stereotypes you can think of.

In a similar but hopefully more serious vein, this summer ABC will present Boston Med, a medical reality show that will take place at Mass General, Children’s Hospital, and Brigham and Women’s, reports Variety (http://www.variety.com/article/VR1118016813.html?categoryid=1238&cs=1).

Principle Pictures of Plymouth, Massachusetts, has been awarded a Cinereach grant for Beth Murphy’s upcoming documentary What Tomorrow Brings. The film follows a year at a girls’ school in Afghanistan. Principle Pictures is currently in production on the documentary The Promise of Freedom. Visit http://www.cinereach.org/grants/grants-recipients/what-tomorrow-brings for more details.

Massachusetts native Taylor Schilling talks to the Boston Herald (http://www.bostonherald.com/track/inside_track/view.bg?articleid=1248827) about starring on NBC’s Mercy, her summer plans, and the Red Sox.

Start preparing your submissions for this year’s Boston Film Festival, which will run September 17th to 23rd. The deadline for submissions is June 11. Visit http://www.bostonfilmfestival.org/ for more details and to complete an application.

If you’re feeling really ambitious, why not apply to this fall’s Williamstown Film Festival as well? Submissions are currently being accepted for the festival’s 12th season, which will take place October 15–24. Check out http://www.williamstownfilmfest.com/ for further details.