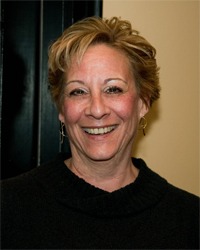 A Helping Hand in the Farmington Valley

Over the past several years, Connecticut has seen its share of major motion picture film production, including Amistad, The Stepford Wives, Malcolm X, Mr. Deeds and Mona Lisa Smile. There have also been quite a few television shows made in Connecticut, such as Judging Amy, The Maury Povich Show and Deal or No Deal.

Since 2006, Connecticut has had one of the highest tax incentive programs for film production – 30% on eligible production expenses for projects budgeted at $50,000 or more. There is also a 20% infrastructure tax credit for construction of facilities that support the film industry.

Another organization that has watched its membership grow over the past year is the Farmington Valley Film Commission (http://www.farmingtonvalleyfilm.org). The FVFC, part of the Farmington Valley Visitors Association, is a nonprofit coalition that, according to its website, “facilitates the production of film, television, commercial and advertising in the seven core towns that make up Central Connecticut’s Farmington Valley.” These towns, located in the northwest corner of CT, include Granby, East Granby, Simsbury, Canton, New Hartford, Avon and Farmington.

According to Nancy Anstey, Executive Director of the Farmington Valley Visitors Association, the driving force for the development of the film commission was Liz Banco, a realtor and co-chair of the Simsbury Tourism Committee. In 2006, Banco attended a presentation by the Office of Culture and Tourism, promoting the just passed film tax incentives. Inspired by what she heard, Banco teamed up with Anstey and organized a group that would become the FVFC.

NewEnglandFilm.com also spoke with Steve Emirizian, another member of the commission. Emirizian, an actor, producer, and writer for the past fifteen years, was a long time volunteer with the Connecticut Film Office. He described the plans for the organization and the goal of making the FVFC website an all-in-one resource for production companies.

According to Emirizian, the website will feature an A to Z production guide. Included in the guide are categories for actors, historic sites, lodgings, real estate, retailers, support services, transportation, and all facets of production – from crew to props to wardrobe. There is also a photo gallery that provides sites and maps of all types of locations. The seven towns also agreed on a uniform permit form that can be downloaded right from the commission’s website.

The group meets on a monthly basis. Emirizian said that he is pleased with the growth of the group, with each meeting having between thirty to forty people in attendance. There is also a http://www.facebook.com/?ref=home#!/group.php?gid=103971249594&v=wall’>Facebook page for the organization that currently boasts over 120 fans.

Emirizian spoke about the productions they are planning. The commission recently held auditions for some of those projects — promos, music videos and a World War II web series. He shared with NewEnglandFilm.com that the amount of professional talent that dwells within the Farmington Valley is impressive and he is excited about the future of film production in the valley.