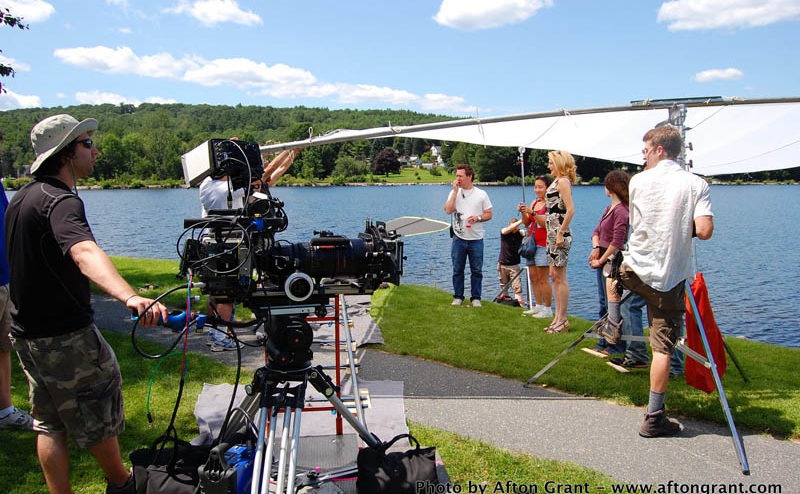 The Somerville Arts Council presents An Evening of Haitian Film & Video: A Fundraiser for Haiti Earthquake Relief on February 4th at Somerville Community Access Television at 90 Union Square. The event will feature selections from documentaries, videos, and TV shows relating to Haiti. Doors will open at 6:30PM and the screening will begin at 7:00PM, followed by a panel discussion. The Independent (75 Union Square) will also host a gathering following the event at 9:00PM. Donations are encouraged and will benefit Partners in Health Haiti Earthquake Response. Visit http://www.somervilleartscouncil.org for more details.

The Coolidge Corner Theatre has added a benefit screening for Haiti of Jonathan Demme’s documentary The Agronomist to the 2010 Coolidge Award Program. Demme, this year’s Award recipient, will introduce the film, which screens on March 1 at 2:00 PM. Tickets are $25 and all proceeds will go to Partners in Health. Coolidge supporters have pledged to donate a matching $3,500 to the first 140 tickets sold by February 7th, which will immediately go to Partners in Health. Visit http://coolidge.org/agronomist to purchase tickets.

‘Tis the season for awards: Cambridge’s Brattle Theatre hosts the Boston Society of Film Critics Awards on February 6th. A reception will be held from 5:00PM to 6:30PM at Casablanca, followed by the awards ceremony and screening of the BSFC’s Best Picture winner The Hurt Locker at 7:00PM. In attendance will be Locker Best Actor winner Jeremy Renner, who will do a Q&A following the film. Tickets for the awards ceremony and screening are $15 general admission and $10 for students and Brattle members; tickets for reception, awards ceremony, and screening are $25. Visit http://www.brattlefilm.org to purchase tickets and http://thebsfc.org/ for the list of this year’s winners, which include Meryl Streep, Kathryn Bigelow, and the Coen Brothers.

Tickets to the Academy Awards are tough to come by, so save yourself the airfare to Hollywood and instead celebrate at Providence Oscar Night America, hosted by the Rhode Island International Film Festival and one of only 50 official Academy of Motion Picture Arts and Sciences parties. The event will also honor members of the film community. Doors open at 6:30PM on March 7th at the Veteran’s Memorial Auditorium & Cultural Center in Providence. Tickets are $55 and can be purchased at http://www.RIFilmFest.org.

The feature film The Putt Putt Syndrome, written and directed by Allen Cognata, premieres at the Winthrop Performing Arts Center in Winthrop, Maine on February 6. Winthrop local Cognata shot the film throughout Maine; the cast includes David Chokachi, Jason London, Thea Gill, and Heather Tom. Fans can win tickets to the screening from radio station 92 Moose or add their names to wait lists at local businesses Dave’s Appliances and Pepper’s Restaurant. Check out their website for more details.

Wondering if there’s more to the Twilight movies than Robert Pattinson? Boston’s Museum of Science offers you some proof in Conjuring New Moon, a lecture with visual effects supervisors Matt Jacobs of Tippett Studio and Eric Pascarelli of Prime Focus VFX, who will explain the technology of the film. The event is February 3 at 7:00 PM with limited seating. Visit the Museum of Science website for ticket information, as well as details on other lectures in the MOS’s Movie Magic series. For those who prefer J.K. Rowling to Stephenie Meyer, you have until February 28 to check out “Harry Potter: The Exhibit” at the MOS before it leaves Boston.

The Institute of Contemporary Art (ICA) presents the Boston premiere of Joan Braderman’s experimental documentary The Heretics on February 11th at 7:00PM and February 14th at 3:30PM. Tickets are $10 general admission and $8 for members, seniors, and students. The February 11th screening will be followed by a Q&A with Braderman. Visit ICA Boston’s website to purchase tickets.

WGBH presents its new series Faces of America with Henry Louis Gates, Jr. at their Brighton studios on February 4th from 7:00PM to 9:00PM. The series focuses on the immigrant backgrounds of 12 prominent Americans. A discussion with executive producer William R. Grant, producer Stephen Ives, and the Broad Institute’s Dr. David Altshuler will follow. Visit http://www.wgbh.org/facesscreening to RSVP online.

Images Cinema in Williamstown, MA presents a screening of performance artist and musician Laurie Anderson’s film Hidden Inside Mountains on February 25th at 7:00PM in collaboration with Williams College’s ’62 Center for Theatre & Dance. Check out http://www.imagescinema.org for more information.

Starting February 24th and continuing through March 4th, Boston’s Museum of Fine Arts presents selections from the 27th Montreal International Festival of Films on Art, which explore a variety of artists and their media, from painting and architecture to literature and music. Visit http://www.mfa.org for film dates and to purchase tickets.

Yale University hosts The Avant-Garde in the Indian New Wave as part of its Annual Conference of the Yale Film Studies Program from February 7th to 10th. All film screenings and panels are free and open to the public. Visit the conference website for more information.

Massachusetts Governor Patrick revealed his state budget which suggested that qualified spending (tax credits) on film and television production in the state be temporarily capped at $200 million per year for the next two years on a first come, first serve basis. This met with outrage from the local film community who fears this could be the end to the increased productions (and jobs) within the state. For more information, see the Wicked Local blog or see the story on the local NBC outlet.

Similarly, Rhode Island Governor Carcieri proposed drastic cuts to the state budget that would completely eliminate the film tax credit. For more information, read the article in the Providence Business News. Contact the Governor’s office to express your opinions on the issue. See how you can protest state film tax credits.

The Camera Company’s 20th Annual Pro Video Show will take place on March 12 and 13 at The Dedham Holiday Inn where you can see the latest broadcast and pro video equipment from Sony, Panasonic, JVC, Canon and many more. For info, see their website.

Harvard University’s Hasty Pudding Theatricals have named Justin Timberlake and Anne Hathaway as their Man and Woman of the Year. Hathaway was honored on January 28th; Timberlake will be in Cambridge on February 5th. Call the Hasty Pudding Box Office at (617) 495-5205 or e-mail tickets@hastypudding.org for ticket information.

In more Twilight,-related news, the next film in the series, Eclipse, will feature Jamaica Plain native and Boston Latin School graduate Julia Jones, who was recently profiled in The Boston Globe.

The Boston Globe reports that NBC is planning to launch a Boston news/entertainment website, nbcboston.com, which will compete with local NBC affiliate Channel 7, WHDH-TV. WHDH general manager Chris Wayland says he is aware of NBC’s plans, but adds that his station is focused on their own website.

The next chilly day you find yourself on the chairlift, consider what you could contribute to the Killington Film Festival, which is currently accepting submissions for 2010. Filmmakers are encouraged to submit feature, short, and “sport short” films. New England filmmakers are eligible for special screenings. Regular deadline is February 1st ($35 fee, $25 for students); extended deadline is February 27th ($40 fee, $30 for students.) The Festival will be held in the (relatively) warmer days of April 8th to 11th in Killington, Vermont. Visit http://www.killingtonfilmfestival.org for official rules.