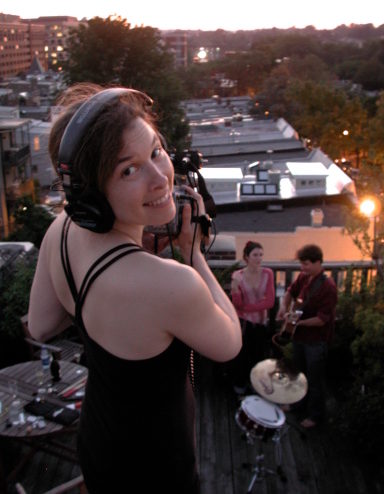 The Price of Pleasure

Share
Filmmaker Liz Canner takes on the 'strange science of female pleasure' and how the pharmaceutical companies hope to capitalize on it in her documentary, Orgasm, Inc.

Nine years in the making, Orgasm Inc. is rolling out—at film festivals in the U.S., Canada, and Europe, and on television broadcasts around the world—just as Congressional debate over health-care reform is reaching its own climax. Canner, who is based in Vermont, spent much of November on the road with her film, screening it at the Rencontres Internationales du Documentaire de Montréal (RIDM) documentary festival in Montreal, the International Documentary Festival in Amsterdam, and the Women in Film and Television Showcase in Los Angeles, where Orgasm Inc. was the closing feature on documentary day.

“I feel it’s important to get out and talk about issues like overmedication and the high price of pharmaceuticals,” says Canner. “The drug industry has, in general, been taken over by a capitalist model. It’s why we pay so much more for pharmaceuticals than other countries do. Unfortunately, this is not something that seems to be discussed in our health care debate.”

Expanding the debate is one of the reasons Liz Canner became a filmmaker in the first place. Originally a sculptor, she began incorporating film into some of her installation projects as a student at Brown University, where she majored in visual arts and anthropology.

But it was a class project examining media coverage of the 1991 Gulf War for Paper Tiger TV, the volunteer video collective, that persuaded her of the power of film—for ill as well as good. “We interviewed Noam Chomsky and studied a lot of media theory, and I began to realize how ‘constructed’ our media is,” she recalls. “I wanted to start telling stories the mainstream media was not necessarily representing accurately, or that were not being told and needed to be.”

Over the next 10 years, those stories would include short documentaries on the aftermath of the Rodney King verdict (Hands on the Verdict: The 1992 Los Angeles Uprising and State of Emergency: Inside the LAPD) and the risks of globalization (Deadly Embrace: Nicaragua, the World Bank and the IMF). In 2001, she founded Astrea Media expressly to create “innovative media projects on human rights issues that inspire social change,” including digital public art projects as well as films.

Along the way, Canner has received fellowships from the Rockefeller Foundation and the Radcliffe Institute for Advanced Study, and last spring she was named a “Visionary in Residence” at Dartmouth College.

But telling stories about police brutality and poverty takes its toll. In the process of editing her early documentaries, Canner found herself watching the disturbing footage “over and over and over again. It was really wearing on me, and giving me nightmares. I just decided my next film was going to be on something pleasurable.” In 2000, she began work on an experimental documentary looking at the “science of female pleasure.”

Not long after, Canner learned about an editing job at Vivus, a small California pharmaceutical company founded in 1991 to develop treatments for erectile dysfunction. (“Our objective was to put life back into dead penises,” says company founder Dr. Virgil Place, whose own radical prostatectomy gave him an understandable interest in the project.) In 1996, Vivus won FDA approval for their erectile dysfunction (ED) medication, Muse, only to see their promising early sales flattened by the arrival of Viagra 14 months later.

Take the job she did. Besides a paycheck, Vivus gave Canner something even more valuable: permission to film the company as it entered what Darby Stephens, the company’s manager of clinical trials, calls “the female sexual dysfunction arena.”

Canner says she hoped to learn about “the latest scientific thinking about women and pleasure.” What she got was a crash course on the many ways that science can be subverted, or even supplanted, by slick marketing. As Canner learned, FSD—a grab-bag of sexual problems, some physiological or psychological in origin, but many of them symptoms of larger cultural dysfunctions—is not so much a clinical diagnosis as it is a term coined by drug companies to convince women that there is something wrong with them and that the solution is a pharmaceutical one.

Given the potential profits, the FSD arena quickly became a crowded one. Stephens told Canner, “There are probably at least 12 [companies] developing all different types of things,” such as creams, pills, and even testosterone patches. “We’re all in a race to see who can be first to market.”

Orgasm Inc. documents this race, as well as a number of other scientifically suspect efforts to make money off of women’s sexual insecurities. Those include the Orgasmatron, a surgically implanted spinal-cord stimulator that will supposedly help women achieve orgasm, and, more disturbing still, vaginal plastic surgery.

“Originally, I wasn’t even going to cover vaginal surgery in my documentary, but we filmed for so long we began to see which trends were really developing,” explains Canner, who worked on several other projects during the course of making Orgasm Inc. “For some reason, women’s magazines really latched onto vaginal surgery. It was sort of like the last frontier to get nipped and tucked.” But what’s being marketed as “designer vaginas” reminds Canner and other observers of genital mutilation. “It’s not being looked at critically,” she adds, “and it should be. It’s quite dangerous to women.”

Fortunately, Canner does find a number of authors, academics, sex therapists, and historians who have been working, from tiny offices and with micro budgets, to counter the claims of the multibillion-dollar drug industry. They include medical journalist Ray Moynihan, co-author of Selling Sickness: How the World’s Biggest Pharmaceutical Companies Are Turning Us All into Patients; Leonore Tiefer, a funny, feisty professor of psychiatry at New York University School of Medicine, whose New View campaign seeks to “challenge the distorted and oversimplified messages about sexuality that the pharmaceutical industry relies on to sell its new drugs,” and Carol Queen, founder and curator of the Good Vibrations Antique Vibrator Museum in San Francisco.

Queen, whose storefront museum is a temple to non-pharmaceutical cures for FSD, recounts that a number of her female visitors have confessed they are uncertain about the location of their clitoris. “Is a drug going to help them?” Queen asks, “Maybe if it has a map of the clitoris on the box!”

That kind of humor is typical of Orgasm Inc., whose intent is serious, but whose tone is often playful. When the Orgasmatron inventor declares that leaving the device on “at a low level would [result] in a pleasurable sensation for as long as you wanted,” Canner quips, “All day? While waiting in traffic?” Canner additionally intersperses her interviews and archival footage with lively animations by Jay Beaudoin and Nicholas Fischer, including a blushing Venus reclining on a doctor’s examining table and four FSD medications racing across a queen-size bed toward a finish line marked “FDA Approval.”

Canner remarks, “Given that it’s a subject that people feel kind of awkward about, I found that the people I interviewed had wonderful senses of humor. I think it’s a way to deal with their line of work. I decided to take that same tone for the film.”

Orgasm Inc. is also distinguished by its evenhandedness. “One thing I really tried to do was not to demonize anybody,” Canner says. “People working in the pharmaceutical industry are human, just as people working within the medical industry are conflicted [about what to do]. I really didn’t want to make them out to be the bad guys, because it’s more complicated than that. We’ve got to figure out ways we can work together to make this a better situation.”

For more about Liz Canner and Orgasm Inc., visit http://www.orgasminc.org

For more about Liz Canner and Orgasm Inc., visit http://www.orgasminc.org