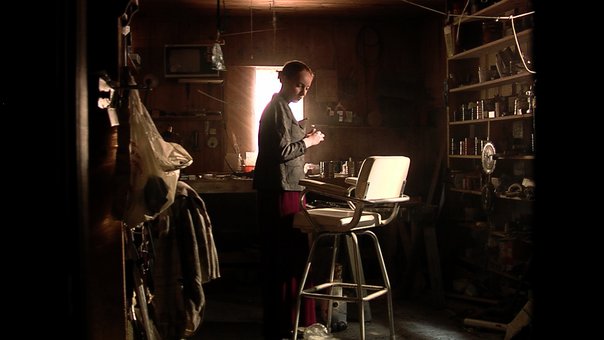 Share
Holiday parties, one studio project falls flat while another resurrects, and more -- a report of news & happenings in the local industry for December 2009.

It’s December, which means the season of holiday parties and fundraisers has kicked off. The Rhode Island Film Collaborative hosts their Annual Black and White Holiday Party on Saturday, December 5 at Kay Studios in East Providence, RI. The ‘Ice Cave’ theme will transform Kay Studios into a Winter Wonderland, complete with snow, icicles, snowmen and penguins. Both the décor is black and white (hence, the name), and participants are encouraged to dress accordingly. And in the spirit of holiday giving, RIFC encourage guests to bring a non-perishable food item for donation to the Rhode Island Community Food Bank (and it’ll get you a free drink ticket). The VIP party begins at 6 pm, and general admission starts at 8 pm. Tickets are available online at www.rifcfilms.com.

The Brattle Film Foundation will host the fundraising event Sugar & Cinema on Monday December 7 at 8 pm. For the $50 ticket, you’ll get a a screening of Julie & Julia, a copy of Julia Child’s The Art Of French Cooking, Vol. 1, treats from area eateries like Henrietta’s Table and Kick-Ass Cupcakes, and the warm feeling in your heart that you are supporting a historic theater.

BOJAM Productions invites everyone to their cocktail fundraiser event on Saturday December 5 at The Eagle in Fall River, Mass. Ticket sales will help fund their latest film, and a portion of the proceeds will go directly to Toys for Tots. See details at http://www.bojampro.com.

The Maine Film & Video Association, in association with the Maine Film Collaborative presents a screening on December 5, 2009 of six of the 2009 entries into the 48 Hour Film Project including two of the top three winners with filmmakers presenting. Visit their website for details.

The Coolidge Corner Theatre announced that director Jonathan Demme will be the recipient of the 2010 Coolidge Award, to be celebrated March 1-2. Demme will arrive in Brookline to accept the honor and to participate in related festivities including special tributes from industry colleagues and a panel discussion. Visit www.coolidge.org for more details.

According to the Boston Herald, Matt Damon is looking forward to making his way back to Boston, possibly to direct a film. After Ben Affleck recently completed The Company Men and The Town in Beantown, Damon quipped that he was “very jealous.” He cited the tax incentives as instrumental in bringing big-budget productions back to the state.

We survived the dot-com bubble, and some believe there’s a cupcake bubble. Now, apparently the Massachusetts studio bubble has just burst. After Plymouth Rock Studios struggled to complete its financing, developers turned to the state who, “despite its glitzy appeal” according to a Boston Globe editorial, swiftly sent them on their way empty-handed.

Meanwhile, there’s a flickering of life left in the plan for the Hollywood East in Connecticut which stalled due to a 18-month lawsuit between partners. According to a story in the Hartford Courant, a settlement is underway leaving partner Allen Christopher free to proceed with a scaled back version of the plan. Rather than converting the abandoned Army engine plant in Stratford into a studio with 30 soundstages, he hopes to buy a former ExxonMobil polypropylene film factory and open a smaller studio for business next year.

The newly sprung Providence Children’s Film Festival has been taking submissions for its first year’s selection. Devoted to films made for children and families, the festival will premiere February 12-15, 2010, in Providence, Rhode Island. Submit your film by Friday, December 4, 2009. For more information, visit www.pcffri.org.

The Coolidge Corner Theater will be one of only 8 theaters selected nationwide to take part in Sundance Film Festival USA on January 28, 2010. The program new this year will dispatch eight filmmakers from Park City to cities across America, enabling audiences to experience screenings from the festival in their hometown art houses and to engage in live conversation with the filmmakers. The film and filmmaker will be announced in mid-December. Stay posted at http://www.coolidge.org/sundanceusa.

The Rhode Island Film Festival has co-created a new event called the 7DAYPSA, a weeklong competition, where teams beat the clock to produce three broadcast quality versions (20, 30 and 60 seconds) of a single public service announcement for a deserving local not-for-profit organization. Filmmakers sign up by Jan. 10, 2010 and receive their “ssignment either late January or early February. For more information, visit http://www.film-festival.org/7DayPSA.php.

The 9th Annual Boston Cinema Census hosted by the Brattle Theatre is seeking interesting and innovative works produced by local emerging filmmakers, whether they are students, professionals, struggling artists, or film enthusiasts. All New England film and video makers are welcome to submit by February 10, 2010. See www.bostoncinemacensus.org for more details.

If you are a New Englander between the ages of 16 and 22, there’s more than one reason for some of us to be envious. You also can submit your short film or video (12 minutes max) to the first annual Boston Center for the Arts Young Filmmakers Competition by February 1, 2010. Winning films will be presented in a grand screening and reception at the Boston Center for the Arts on April 3, 2010. For more information visit www.bcaonline.org.

Women in Film Video, New England has opened the 2010 Media Mentors Program, which pairs WIFV/NE members with seasoned professionals in the industry for a four-month mentorship. Applications must be received by January 2, 2010, and mentor matches will be announced in April 2010. Mentees pay a $25 fee to apply. Mentorship is free; contact wifvnemediamentors@gmail.com.

WIFV/NE has also opened submissions for their eighth annual screenwriting competition until January 15, 2010. Entries must be authored or co-authored by a woman and/or feature a woman or women in prominent roles. The grand prize winners in 2003 and 2008 received film options soon after the wins were announced. Screenplay length must be between 80 and 120 pages. More details on their website.