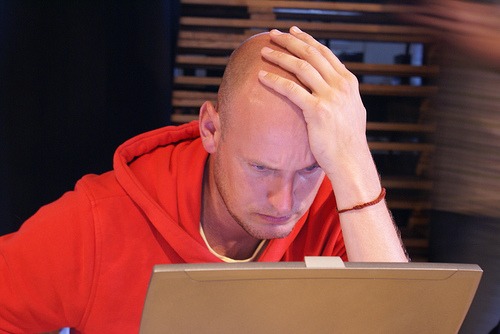 A Free Education in Film Rules

It’s a curious phenomenon in filmmaking circles that everyone thinks that not only can they do everyone else’s job, but that they can do it better. Directors want to produce, actors want to direct, and everyone down to the assistant key grip thinks that they can write. As a writer, I confess that I’m not immune to this conceit. Many an idle dream featured myself behind the camera, coaxing award-winning performances out of a duly appreciative Natalie Portman.

It was with this in mind that I gladly accepted an assignment to check out Rule, a filmmaking equipment sales and rental store in Allston. However, Rule proves to be far more than this. A merger with Boston Camera and a move into a new building on Soldiers Field Road has allowed Rule to expand their services. One of these is a series of free classes and presentations called the Learning Lab Series. I thought I’d pick up a few pointers that would come in handy during my directorial debut.

Thinking that I knew my way around a camera, the first lab I sat in on was for the Phantom high speed camera. Presenter Mitch Gross (Abel Cine Tech’s Applications Specialist) took about three and a half minutes to completely lose me. I looked around, hoping for camaraderie in befuddlement, but everyone else was nodding along in engaged comprehension. I was a stranger in a strange land. I couldn’t have been more bewildered if I had wandered into a lesson on calculus or astrophysics.

With newfound humility, I settled in and followed along as best as I could. Gross said the Phantom had a high “wow factor” due to its astonishingly high frames-per-second rate, and then he showed us a video. Several television commercials have already utilized the Phantom’s slow motion capabilities. However, it wasn’t until Gross filmed his own demonstration that I fully understood the “wow” factor.

He filled a balloon with milk, placed it in a tank to avoid making a mess, turned the Phantom on, and gently pricked the balloon. Milk splashed all over the tank. Then, Gross played back the recording. Slow motion is nothing new, so I wasn’t expecting anything revolutionary. However, there were so many frames involved that I witnessed the fraction of a second when the rubber of the balloon pulled away but the surface tension of the milk had not broken. The milk in the shape of a balloon hung suspended for what seemed like an impossibly long time, like Wile E. Coyote before he realizes that he ran off a cliff. Wow.

I went to a second presentation a couple of weeks later, where Rule technician Adam Van Voorhis showed off a few of the latest digital SLR cameras with HD video capability. These include the Canon 5D and 7D, both of which displayed amazing depth-of-field and a stunning ability to shoot in low light.

There were more people this time, enough so that I watched via monitor from another room. This allowed people to banter back and forth and ask each other questions about what they were watching. The details were as unintelligible to me as the first seminar but I didn’t need a glossary to get a keen sense of the seriousness and dedication that the audience members bring to their craft. This is far beyond point-and-shoot, and these practitioners have to immerse themselves in a rapidly changing field in order to stay current. Frankly, I was embarrassed that I thought there’d be nothing to it.

The labs generally run once a week and cover a full range of filmmaking topics: cameras, lighting, editing, and audio are just some recent ones. They sometimes feature outside experts such as Mitch Gross and sometimes Rule’s own knowledgeable and passionate staff.

There is a core group of skilled professionals in the Boston area, and Rule has found a way to bring them together, add to their knowledge, and contribute to the overall film community in the area. As more and more productions arrive in Boston, these lessons can only add to the general level of expertise – even a writer might learn a thing or two.

Okay, so perhaps I’m not quite ready to handle camera duties, but I certainly know where to find people who are.