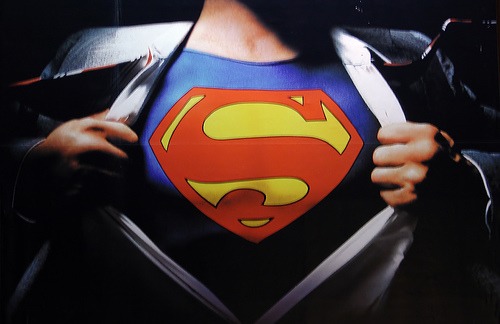 Filmmaking | How to Be a... | Interviews | Local Industry | New England

Share
Larry Nott - a man whose life goal is to be the best production assistant he can be.

Larry Nott is a production assistant (PA) that you want. Having assisted, by his count, on over 200 productions, he is a below-the-liner who has truly seen it all.

‘I don’t want to direct, write, AD, any of that nonsense,’ the affable Nott says, ‘As a PA, I already have plenty of responsibility, and I love what I do.’

Kevin Mason: How did you start out in the industry?

Larry Nott: I actually started out on student films, doing work for a lot of the local colleges, Emerson, BU, and I responded to their crew notices.

KM: What sort of training did you have in film and television?

Nott: Absolutely none. I just woke up one morning and thought, ‘Hey, I want to work in movies. How do I do that?’ it occurred to me that everyone wants to direct, produce, everyone wants to be in charge. I found that I got along much better with directors when they realized that I didn’t want their job. I’ve seen what directors go through, what good directors go through, and if there’s one thing that I’ve come to understand it’s that everyone might want to direct, but not everyone can. It mostly comes down to relationships — relationships between the director and his actors and the director and his crew.

KM: But you’ve never had an idea for a short or feature that you’d like to have produced?

Nott: If there’s one thing that I can see myself branching into, it would actually be script editing, as opposed to writing. After doing this for so long, certain stories stick with me, and it’s the difference between the ones I remember and the ones I don’t that is of maximum interest to me. What makes a good story? That kind of thing.

KM: What makes a good story?

Nott: Character-driven stories in which the character actively pursues a goal. Good conflict. Deep characters. There’s a lot more to it, but I keep seeing certain things succeeding over and over again.

KM: With all of the connections that you’ve made, it sounds like you already might have a few clients.

Nott: Well, I’m in no hurry. I’m already committed to almost a dozen upcoming films, and it’s just a lot of fun.

KM: Are these all paid jobs?

Nott: Of course not! I mean, I don’t do PA work full-time, but it fills in the cracks. Almost all of these shoots serve meals and reimburse my transportation, so that works fine for me.

KM: Is there ever a conflict working with a younger director?

KM: Was there ever an on-set catastrophe that only you were able to fix?

Nott: Like a superhero? More often than you’d think. It’s not just getting coffee. So many of these productions go out unprepared. They not only forget things, but they sometimes even forget people. Guess who has to go pick up a lead from the bus station, catch a falling tripod, or step in as a last-minute AD? I’m the “in case of emergency, break glass” guy. I have a lot of experience dealing with all kinds of mishaps, and I’d like to think that my experience is appreciated.

KM: There are a lot of people out there who look at what you do and may think that you lack ambition or aspirations. Do you ever get that?

Nott: I used to, but for some reason it’s tapered off. I’m really happy to just get my hands dirty on-set, and not having a director or producer’s responsibility works out really well for me. I have plenty of on-set responsibilities as it is. Most directors aren’t shy about asking for what they want when they want it. This isn’t my full-time gig, but I love what I do. As long as I love it, what else do I need?

KM: Have you edited any scripts yet?

Nott: A few, but I plan to aggressively market myself this coming year. I feel as though I have a really good sense for what makes a good film and what doesn’t, especially from the production side. The time to be worried about making a good film is in pre-production, before you even cast. If you have a good script, then your chances of success are much higher. With a bad script, the best actors, directing, and editing in the world may not make any difference.

KM: Any final words of wisdom?

Nott: The world needs executive producers, directors, and production assistants. Do what you love and make yourself proud.