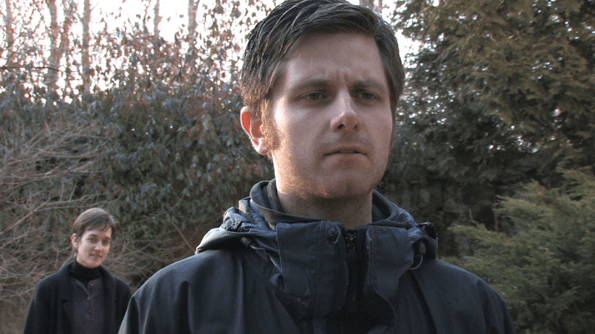 Filmmaking | How To's | New England | Report from the Front

Share
Permits? Insurance? Do you really need them? Yes. Sort of.

It was the director’s sixth and final day of principal photography for his 40-minute featurette.

He had been shooting in a deserted house with magnificent architecture. He had passed it time and time again, each time thinking, “I would love to make a film there someday, once the current occupants move out and the NRA stickers come down.”

Once that happened, he was on it like flies on meat. Like Americans watching reality TV programming. Like a filmmaker on a good, risky idea. He wrote the script based around the location, cast the roles, and found willing crewmembers.

When they arrived at the location, his gaffer said, “Hey, this place is like a deathtrap – shattered windows, rickety old staircases, and collected debris all over the place. Insurance on this shoot must be sky high.”

Production went smoothly, and principal photography wrapped at 3:30PM on a Sunday. They were zipping up the final tripod bag when the lead actress looked out of the window of the house and said, “Oh, hi!”

This greeting was directed to three angry police officers who threw the cast and crew off of the property with choice words, threats, and (luckily) no summonses.

This incident, which occurred to a friend of mine, is a lesson to all of us. “Bottom line,” my friend says, “The film got made.”

Is it truly better to beg forgiveness than ask permission? No, in most cases. You can be arrested for trespassing, and you can land in some pretty hot water.

I’m convinced that production values can remain relatively high despite a low budget. I don’t advise anyone to shoot without obtaining requisite permits or insurance, but every now and again, if you just need that one shot (or those 70 shots) then desperate times may call for desperate measures.

Of course, there’s the occasional (albeit rare) municipality that is a true friend to filmmakers. North Andover, Massachusetts, is one of these. Here, no permit is required, although city hall would still like to have an idea of what you’re filming and where. The Rhode Island Film Office does not charge a fee for permits but requires even small productions register and send in a shooting schedule.

On a recent shoot, I needed a shot of my actor pulling up in front of a house and another of him exiting his car and walking up to the house. Simple, quick, and easy.

I went to the town of Harmon, New York, and asked the town clerk how much a permit would be for me to shoot such a scene.

I said, ‘I’m a rather low budget production house. I just need two shots. Can I possibly persuade you to lower the fee?’

She shook her head. ‘Sorry.’

$500 was a fair chunk of my budget, a double-digit percentage thereof, and it was out of the question to pay it for two shots.

So I scheduled the shoot, took a bare bones crew, and rehearsed the scene with the actor before hitting the location.

Of course, a police cruiser came by. ‘Can I see your permit, sir?’ Busted!

I did the only thing I could think to do. As I worked part time at a community media station, I said, ‘I’m shooting for a screening on city public access. Here’s my card.’

This wasn’t a lie, as I had planned to screen the film on the access channel. The officer looked at my card, nodded, and went on his way.

I was lucky. If you’re a low-budget filmmaker who absolutely must have that shot, and the permit to obtain said shot is prohibitively priced, here are some tips:

1. Minimize your entourage. Go in with as few crewmembers as possible. This also applies to your cast, but that may be tougher to pare down.

2. Go in armed with storyboards. You’ll want to zip in and zip out without having to construct each shot from the ground up.

3. Make sure that your actors have their lines memorized and their blocking down.

6. Be extra-nice to any police officers who unexpectedly visit.

Of course, obeying the law is the best thing that you can do, and ensures that municipalities will continue to welcome filmmaking into their communities. Use common sense, and do what you have to do.

You are a filmmaker, after all.