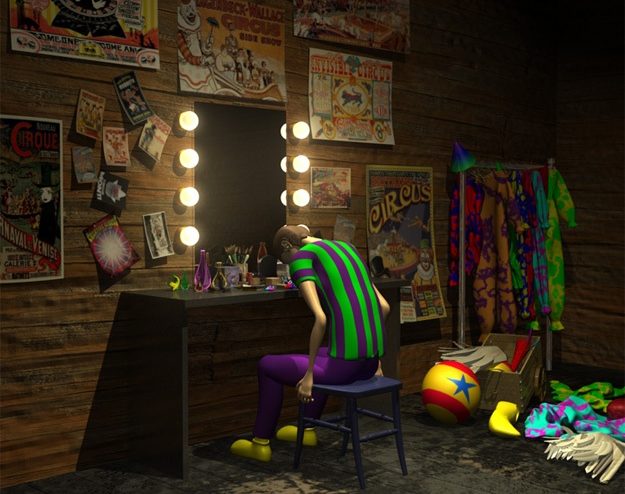 Share
The Online New England Film Festival goes live, the Coolidge Corner Theatre brings back Talk Cinema, Images Cinema exhibits animal art for a cause and more… A report of news & happenings in the local industry for September 2009.

The inaugural Online New England Film Festival screens its 30-minute and under shorts on NewEnglandFilm.com (as in right here, view, comment, and vote!) from September 1st-October 15th. Mark your calendars for the festival awards ceremony and screening at the Coolidge Corner Theater in Brookline on October 15th at 7pm.

The Martha’s Vineyard International Film Festival rolls on through this month September 10-13. The complete festival film schedule is now available on the festival website. Purchase tickets online at TicketsMV.com.

The 25th annual Boston Film Festival will be in full swing September 18-24 at the Kendall Square Cinema. The line-up, which is sure to surprise, is available at the festival’s website, as well as information on events and panels.

Another film festival?! Well, we’ve got to get them in before the New England weather starts rearing its ugly head. The Southern New England Independent Film Festival will take place at the Mainstay Inn in Newport, Rhode Island September 19-20. The “Best of Festival” award is $500 and the festival is still accepting entries.

The Coolidge Corner Theatre’s Talk Cinema is back for its 16th year, featuring sneak peeks of independent and foreign films yet to hit theaters. Screenings are followed by conversation, where everyone gets to be a critic. Last year, moviegoers in attendance caught a screening of the Oscar-winning Slum Dog Millionaire. The first bonus screening starts on September 13th, free for members. For pricing information and ticket purchases, contact the Coolidge Corner Theatre or download a registration form at www.coolidge.org/talkcinema.

The Coolidge Corner Theatre is buzzing with activity this month. On top of Talk Cinema, the theatre will be launching the Coolidge Shorts Film Festival in an attempt to support filmmakers internationally. The festival will run year round, with four short films screening monthly before features. Submit a film for the first submission period (August 10-September 25) by visiting www.coolidge.org/shorts. September’s line-up came from a selection of films via the Online New England Film Festival and include Clam Pie, The Wing, and Larry and Rozi>.

Robert Kramer’s Reports From the Road, is set to run September 26-28 at the Harvard Film Archive. Kramer’s works (Milestones, Route One USA and Ice) explore politics and the role of individuality within a community. Tickets go on sale 45 minutes before showtimes, which can be found at the archive’s website.

September 20th the HFA will host the Israeli director Avi Mograbi for a screening of his new film Z32, which focuses on the dehumanization caused by the military in Israeli society.

For those of us aspiring documentarians at heart (and CLUELESS filmmakers at best), the Camden International Film Festival will host a three-day course to get you off to a great start in the documentary film world. Wicked Delicate Film School, running from September 4-7, will cover everything from fundraising to directing to distributing your feature project. Fill out an application at www.wickeddelicate.com. Scholarships are available (because, let’s face it, we’re all feeling the constraints of these economic times).

Take a break from film and partake in Images Cinema’s fine art exhibit, Captive Beauty: Faces of the Eleanor Sonsini Animal Shelter. A series of black and white photos of animals at the shelter will most likely make your heart melt, and the best part is that donations will all go to a good cause: finding loving animals homes. Catch the exhibit from September 1st-October 1st. An opening reception will be held September 11th.

Do you know any North Indian child actors between six and eight that might be able to take direction? He must speak good English, act American born and, of course, be cute. If so, contact Emily Mayer at nritvfilmclub@aol.com and CC applecasting@gmail.com.

The 2009 Camden International Film Festival will take place October 1-4 throughout Camden and Rockland, Maine. Information on the festival, including the Points North Forum where representatives from PBS, LEF, Gucci-Tribeca Fund others will discuss doc funding trends can be found at the festival’s website. VIP passes are now on sale, which include admittance to all screenings, parties, panels and special events.

Spread the word about the value of information sharing with a short video and enter it into The Sparky Awards for a chance to win $1,000. Sponsored by Campus MovieFest, the competition challenges moviemakers to illustrate (in two minutes or less) why the free exchange of information is important. Visit www.sparkyawards.org for more information.

The Tribeca Film Festival is gearing up for submissions for 2010 and has a deadline fast approaching. NYC filmmakers should submit their work September 14th to be considered; however, there are more opportunities for submission in November, December and January. Find out more here.

Two prominent documentary funders — LEF Foundation program manager Sara Archambault and MassHumanities program officer Hayley Wood — discussed how to apply for grants from their organizations, the funding environment for documentaries in the current climate, and more in an online forum hosted by NewEnglandFilm.com on August 25th. The transcript is archived here online.

And, because we like to here from local filmmakers: Chelmsford, Massachusetts filmmakers John Hartman and Zee Zarbock are in the midst of developing a feature film set during the Civil War, shooting primarily in New England. For more information about the film, contact zee@unfoldingstorypictures.com.