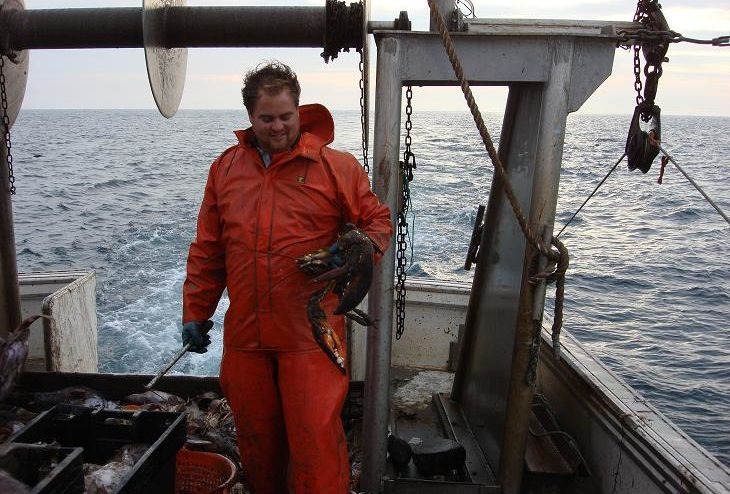 Camden Part II: The Fish Belong to the People

Share
In a two-part article, NewEnglandFilm.com learns more about two film programs that place global ecology under a Maine microscope. Both screen in early October at the Camden International Film Festival.

In its fifth year, the Camden International Film Festival (CIFF), takes place October 1-4, 2009 in Camden, Rockport, and Rockland, Maine. The CIFF is a grass roots community-based festival, which focuses on documentaries. As CIFF founder and program director Ben Fowlie puts it, “Our goal is to take a huge issue and show a small story about it; we humanize it. We bring depth to an issue.”

This year one theme is global ecological sustainability. Two programs firmly plant the issue of sustainability in fertile New England ground — The Fish Belong to the People by Will Hyler and a collection of short films presented by Northeast Historic Film. Both address the importance of a stable food supply in the region and how it relates to changes in New England communities over time. Both also reveal passions that drive New Englanders.

For part II (below), NewEnglandFilm.com spoke with Will Hyler about his first feature documentary, The Fish Belong to the People and how making it re-ignited passion for his hometown.

Hyler may have directed, edited, shot, and composed the musical score for The Fish Belong to the People, but the stars of his film are the fishermen from Port Clyde, Maine. Hyler’s film is his first feature-length documentary and it premieres at CIFF on October 3rd. It tells the story of family fishermen who are under the threat of counter-productive government regulations and the double-edged sword of new technology. Hyler tracks their struggle to keep their industry and way of life alive as it passes from generation to generation. It’s a world where science, economics, and politics intersect.

Maddy Kadish: Each fisherman tells his personal family story. You also included some history of the fishing industry. Why did you choose to tell this story over time?

Will Hyler: When I approached people about this there were a lot of questions as to why the fishermen had a right to fish at all, considering that it was their technology that was depleting the resource. I had to put this issue into context, to establish the fishing industry as a way of life and that the concept of depletion was not a modern idea. The (boat’s) engine was the original technology that started it all. I also wanted to show the evolution of the fishermen’s understanding of the problem and its causes.

MK: And how they dealt with it over time.

Hyler: Yes. The fishermen of Port Clyde aren’t lying around crying about it. They are taking action. I wanted to show how proactive Glen Libby and all of them are. They are thinking in the group sense and thinking ahead to the future and improving their situation.

MK: What do you hope that people get out of watching your film?

Hyler: I wanted to sneak in and film these people explaining their own situation, from their point of view, showing us the complexity of the issues. This is the real thing. I wanted to be a silent mediator. I hope people see that.

MK: Ecological sustainability is a hot topic these days. What compelled you to make this film?

Hyler: Well, it started out not related to any environmental passion, unfortunately. I grew up in Blue Hill, Maine. My parents were born and raised in the area. I graduated from film school in 2007 in LA and was living there at the time and my dad called me about his a childhood friend Glen Libby, a struggling family fisherman. It was prime for a good story. It became a real eye-opener for me. This film is really about these people — the way they conduct themselves in the face of these issues. It’s a little piece of ongoing history.

MK: It became a personal story for you. But your filmmaking process was also very personal. You directed, edited, shot, and composed the musical score. Tell me more about how this all worked.

Hyler: I like having my hand in a lot of aspects of production. There are two ways of making a film. You can either manage other people’s talents or do all the parts yourself over a longer period of time. I find it incredibly rewarding to do it that way. It’s an interesting journey for myself and gave me the opportunity to learn about the [fishing] industry and town.

MK: It’s a beautiful film — the Maine scenery, the music.

Hyler: Thanks. A family friend plays guitar and his music is featured in the film. I did the graphics.

MK: Your dad is credited as producer. A story about family fisherman by a family of filmmakers. Tell me about that.

Hyler: Yeah! My dad’s really a contractor — he builds houses! He worked with me because… he believes in me.