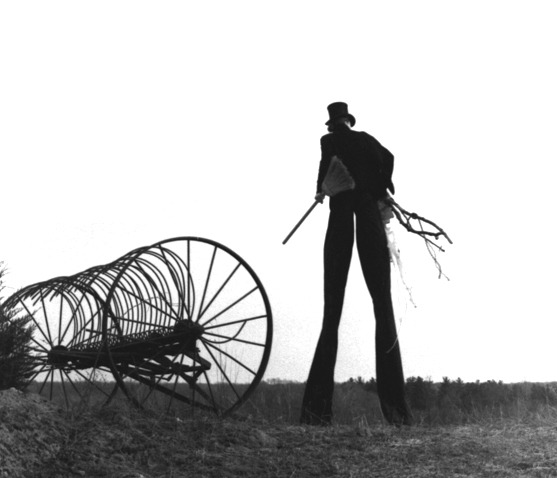 Don’t miss out on the 13th annual Rhode Island International Film Festival (RIIF), running from August 4-9. Gear up for seven days of films from 57 countries, all vying for awards and a chance for shorts to qualify for the Academy Awards. The local spotlight shines on Jake Mahaffy with several screenings of his short films. Or catch a glimpse of William Shatner as he accepts his humanitarian award. No promise of karate chop moves from the Priceline negotiator, but there’s a guaranteed Q&A with Captain Kirk. Visit www.film-festival.org for more information.

If you’re reading this at press time, it means you only have a few days left to catch the 11th annual Roxbury Film Festival, ending August 2nd. There is still time to view a number of films and attend (or haul your child to) a teen workshop with a Disney Channel acting coach. Purchase tickets for the last few screenings and events at the festival’s website.

Take note film students: the AsoloArtFilmFestival is looking for submissions from students between the ages of 18 and 26 years old. Spots are limited, so contact ospitalita@asolofilmfestival.it for the required form before the deadline August 10th.

Scrounge no longer for that spare change in between the couch cushions, documentary filmmakers. LEF New England has announced two new deadlines for documentary pre-production funding in its attempts to assist regional independent film. Interested filmmakers should have a complete proposal by September 18th. For those whose projects will not become a reality until next year, pre-production, production and post-production funding is available for 2010. Learn how to apply at www.lef-foundation.org.

Or better yet, log on to NewEnglandFilm.com for a free one-hour chat with local documentary film funders on August 12th at 1pm. LEF Foundation program manager Sara Archambault and Mass Humanities program officer Hayley Wood will be discussing how to apply for grants at their organizations, the funding environment for documentaries in the current climate, and more. Save up your questions and join the chat to talk directly to the funders. Simply login to your account at NewEnglandFilm.com at or create a free account and join us in the Chat Room.

Also this month, the National Alliance for Media Arts and (NAMAC) annual conference takes place on August 26-29 in Boston. The conference, which is hosted in a different city each year, brings together hundreds of artists, media makers, scholars, technologists. The 2009 conference, co-presented by the Center for Independent Documentary, hosts workshops and panels on funding, distribution, digital media, and more. See the conference website for more information.

Think your idea is pretty awesome, but have no one to sell it to? Try The Awesome Foundation, which specializes in, well, awesomeness. If your idea is as great as you think it is, the foundation will give hand over $1,000 and access to work space at BetaHouse in Central Square, Cambridge. Keep an eye out for the next deadline for submissions. Did we mention they do this every month?

On a different note, the Harvard Film Archive will be screening a new musical documentary by Cambridge director Bruce Ricker on August 14th. Johnny Mercer: “The Dream’s On Me” chronicles the life and work of the songwriter behind such numbers as “Jeepers Creepers,” “Hooray for Hollywood” and other notable songs. Visit the archive’s website for ticket information.

As part of the Brattle Theatre’s celebration of independent queer film, OUTRAGE will be screening once more on August 19th for those who missed it in June. The film delves into the lives of closeted politicians who campaign against the LGBT community they secretly belong to. Hypocritical? You be the judge, and then stick around after the screening for a discussion about the film. Purchase tickets on the Brattle’s website.

Can’t make any of the film festivities this month? Next month is not without its good times. The Martha’s Vineyard International Film Festival starts September 10th and runs until September 13th. Rife with forums, evening events and films from Sundance, Berlin and Cannes, the festival promises four days of movie delight.

Not far behind is the Boston Jewish Film Festival November 4-15. Be one of the firsts to see a sneak screening of one of the festival’s entries, Yoo-Hoo, Mrs. Goldberg August 6th at the West Newton Cinema. To learn more about the film, visit the movie’s website.

Without creative brilliance there is no culture, which the Mass Cultural Council recognized last month, awarding 50 artists fellowships for their work in various disciplines. “These fellowships give talented individuals the freedom to develop work that will be show, sold and performed all over the world,” said MCC executive director Anita Walker. Among the artists awarded are filmmakers, including Watertown’s Lisa Olivieri whose Helen Keller Had It Easy follows an artist who is gradually going deaf and blind from Usher’s Syndrome. Follow how these awards are helping local filmmakers on the ArtSake blog under Fellows Notes.

The Rhode Island State Council on the Arts was also in the giving spirit, awarding $885,500 to 118 artists, including filmmaker Ann Fessler who is working on a project about unwed mothers who gave their children up for adoption in the 1950s and 60s. Gary Shore also received a grant for his piece based on The Diary of Vaslav Nijinsky. View the complete list of grant winners here.

The Massachusetts Department of Revenue released a report the beginning of last month on the film industry tax incentives. According to the report, spending on film and television exceeded $675 million since the incentive’s incentive in 2006… and it didn’t cost taxpayers a penny. MA film industry: 1. Nay-sayers: 0. For more information on the report, visit www.mafilm.org. To notify your local representatives that you support filmmaking tax incentives, see the list of legislative contacts by state.

Because we here at NewEnglandFilm.com have such a big heart (and because we know how hard it is to come by funds for projects), we thought we would pass on the news that documentarian Rosa Aleman is beginning an independent project, The Family History Project, and is seeking financial help. See her proposal online on YouTube and email her with fundraising ideas at raleman.orp@gmail.com.

Overdue Films hosted a benefit last month for the release of Those Ingenious Mechanical Toys a fairy tale set in a futuristic dystopia. Guests were encouraged to bring a stuffed animal to donate to Project Smile, a nonprofit that collects goods for children and elderly in traumatic situations.

Editor’s Note: Special thanks this month to Jared M. Gordon for his help editing the issue and to Alexandria Lima for her guest spot writing industry news.

Editor's Note: Special thanks this month to Jared M. Gordon for his help editing the issue and to Alexandria Lima for her guest spot writing industry news.