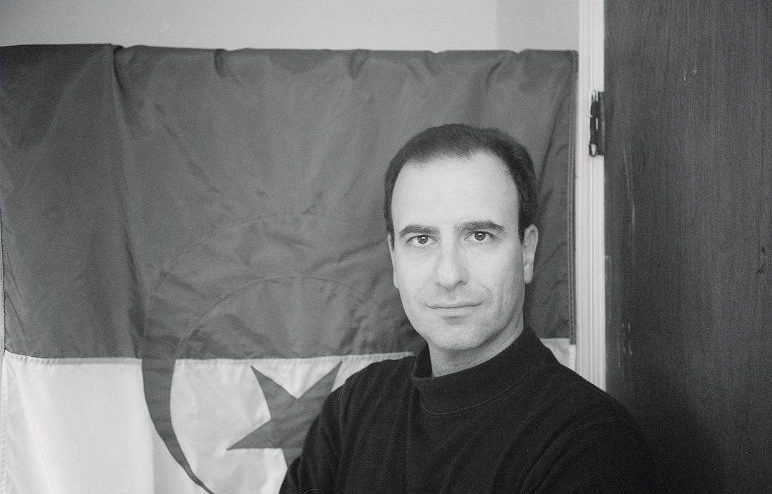 Share
Actor, journalist, and historian Phil Hall turns his attention to the surprisingly long and diverse history of independent film in his new book, The History of Independent Cinema.

Due out in early June, Connecticut’s Phil Hall has written a fascinating and accessible retrospective of independent film, tracing its roots far further back than Steven Soderbergh’s breakout Sex, Lies, and Videotape. Hall’s book — The History of Independent Cinema — discusses the roots of independent documentary (such as Walt Disney’s Seal Island) and dedicates a full chapter to non-theatrical releases.

Jared M. Gordon: How do you see your role in independent cinema, especially as a resident of New England?

Phil Hall: I’ve had a role in independent cinema for over 25 years. It’s included work as a film journalist, film reviewer, film publicist, film exhibitor, festival organizer, and actor. Living in New England works because I’m so close to New York City, and there’s a great deal of independent film work going on in the area. I’ve been busy doing whatever I can do in the world of film, and being in New England is a perfectly wonderful place to be.

JMG: Where are you from originally?

JMG: How has your knowledge of independent film helped with researching your book, and where would you like your book to go?

Hall: The first thing I thought was that this would be the proverbial piece of cake. I’ve been in the industry for so long that I thought that all I’d have to do would be to sit down and write it. However, when I began preliminary research I discovered that there were vast facets of independent filmmaking that I was unaware of — films and filmmakers of whom I was not previously cognizant. There was more research to do than I intended. The book goes as far back as the 1890s, and I was bringing in a lot of information that was new to me. It was a wonderful experience because I now have a greater appreciation for independent film, given its history. Most people, when they think of independent film, only think of the past two decades, but there’s so much more to independent film than that, and it goes all the way back to the late nineteenth century, and that was very interesting to me. The cover of the book has a still frame from Howard Hughes’s The Outlaw, as it was one of the most commercially successful independent films ever made. A lot of people today aren’t aware of that.

JMG: You dedicated a chapter in your book to films of a non-theatrical nature. What changes have occurred in those films not meant for theatrical screenings, and where lies their future?

Hall: Non-theatricals have a history that stretches back to the 1920s, which was a huge surprise for me. Thomas Edison himself toyed with the idea of creating educational films. Where they are today is very much where they were back in the 1920s. They’re reaching specialized audiences and even finding their way onto the Internet, intentionally or otherwise. These are films that haven’t changed very much at all, films that are meant to sell a product or a service or a message. They look professional and polished, and many of them are so well made that some have been nominated for Academy Awards, such as To Be Alive! , created by the S.C. Johnson company. It was made for the 1964 Worlds’ Fair and the New York Film Critics’ Circle gave it a special award. It went on to win the documentary short subject Oscar in 1965. The film is still playing at Johnson headquarters in Wisconsin and has never been released on DVD.

JMG: Can you give me a brief history of independent filmmaking in New England?

Hall: Independent filmmaking would have come to New England from New York and Hollywood. The digital video revolution has encouraged a great many filmmakers, particularly in New England, but even before that, [since] one of the first major breakthroughs was at Yale University in 1922. It was an animated film called Audion. Unfortunately, no prints currently exist, but it was one of the earliest successful examples of integrating sound with film, and it came from Connecticut.

JMG: With the costs of independent filmmaking continuing to fall and the ubiquity of tax breaks, especially in New England, what are some of the positives and negatives associated with filmmaking becoming an art that nearly anyone can attempt?

Hall: There’s no question that there’s a glut of filmmakers. This was brought about by low-cost technology, and because it’s so inexpensive, anyone can run out and shoot something. It’s a great equalizer, but it also creates too much product for the marketplace. Theaters around the country need to exhibit movies that are going to turn a profit. When faced with exhibiting Angels and Demons or a no-budget movie made in Vermont, their choice is clear. Many independent filmmakers are making movies that aren’t being seen. Some are very well made, but still don’t attract attention.

JMG: What is the best way for an independent filmmaker to be noticed today?

Hall: Too many independent films are self-indulgent. You have filmmakers who are wearing the hats of a screenwriter, director, and producer. If you go back to the golden age of filmmaking, the 1930s to 1950s, there was a very strict division between those three labors. The independent filmmakers of that era were rather more the producers than the directors, people like Samuel Goldwyn, David O. Selznick, Hal Roach, Walt Disney, and Howard Hughes. With the exception of Hughes, they were strictly producers who kept an eye on the actual production. Today’s independent filmmaker is taking on so much responsibility that they don’t have enough of an outside viewpoint to advise them on their productions, and therefore many become self-indulgent and could have used sharper writing, better editing, and an overall better sense of quality control. An independent filmmaker ought to have other people looking over his/her shoulder, giving feedback and criticism. Filmmaking is a collaborative effort, and if one person is controlling all major aspects of a production, than who’s going to say that he or she is wrong?

Hall: The book was a lot of fun to put together. I’d like to return to it and see what happens going forward, as the history isn’t stagnant. I’d want to explore what impacts YouTube, Facebook, and Google Video have on filmmaking as a whole. Right now people are using short films to promote longer pieces, but I suspect that there will be more to it than that. It will be interesting to see the changes and trends that emerge.